A search warrant was executed at a home on County Road J near 7 Hill Road in Reeseville early on Wednesday morning.

This search warrant was a part of a lengthy joint investigation conducted by the Dodge County Sheriff’s Office Criminal Investigative Division and the Federal Bureau of Alcohol Tobacco and Firearms (ATF) in regard to the purchasing and possession of firearms by individuals who have state or federal firearms disqualifiers prohibiting them from possessing a firearm. 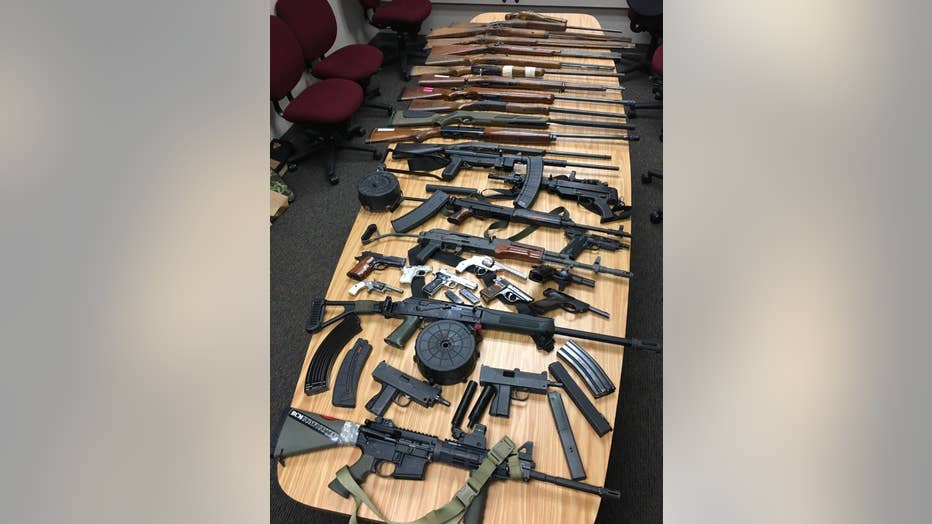 About 35 firearms were seized from the home, along with thousands of rounds of ammunition, and suspected drugs.

A 56-year-old man was taken into custody and booked into jail on a charge of possession of a firearm by a felon.

A 34-year-old man was taken into custody and booked into jail on a probation violation.

Sheriff's officials say an ordnance device was located within the home as well.  As a precaution, the Milwaukee County Sheriff's Office's Bomb Squad was requested to assist the Dodge County Sheriff’s Office -- and determined it to be inert and safe.

This case remains under investigation.