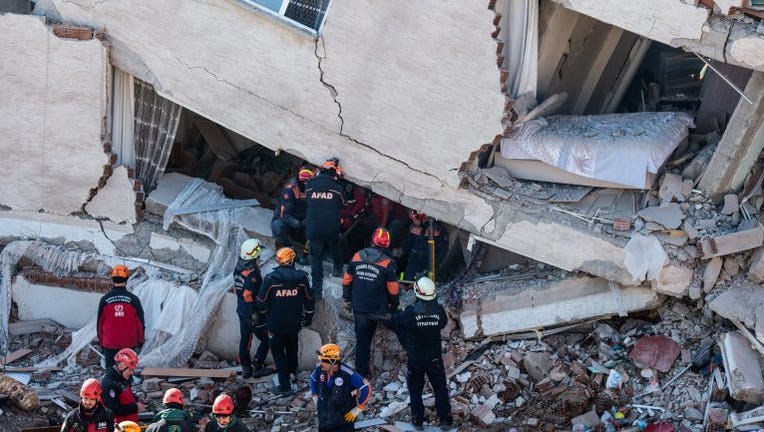 ELAZIG, TURKEY - JANUARY 26: Rescue workers work at the scene of a collapsed building on January 26, 2020 in Elazig, Turkey. The 6.8-magnitude earthquake injured more than 1600 people and left some 30 trapped in the wreckage of toppled buildings. Tur

Authorities said the death toll rose to at least 35 people.

Turkish television showed Ayse Yildiz, 35, and her 2-year-old daughter Yusra being dragged out of the rubble of a collapsed apartment building in the city of Elazig. They had been trapped for 28 hours after the earthquake struck on Friday night.

The magnitude 6.8 quake also injured over 1,600 people but 45 survivors have been pulled alive from the rubble so far, Turkish President Recep Tayyip Erdogan told a news conference Sunday in Istanbul. 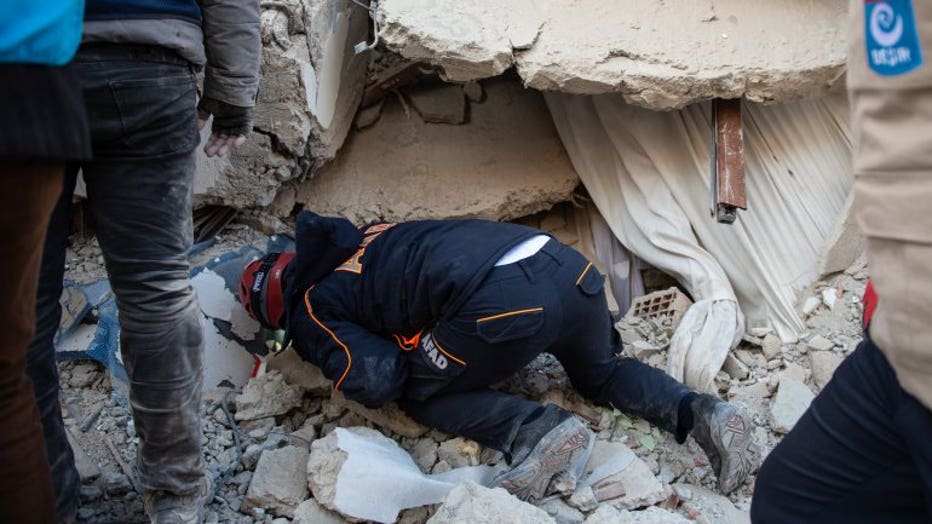 ELAZIG, TURKEY - JANUARY 25: Rescue workers work at the scene of a collapsed building on January 25, 2020 in Elazig, Turkey. The 6.8-magnitude earthquake injured more than 1000 people and left some 30 trapped in the wreckage of toppled buildings. Tur

Rescue teams concentrated their efforts in the city's Mustafa Pasa neighborhood and the nearby town of Sivrice, the closest residential area to the quake's epicenter.

The agency said 76 buildings were destroyed and more than 1,000 damaged in the quake. Unmanned aerial drones were being used to survey damaged neighborhoods and coordinate rescue efforts.

Erdogan said every effort was being made to alleviate conditions and promised to house displaced residents as soon as possible.

“Turkey has begun to heal the wounds of this great disaster in unity, togetherness and coming together,” he said.

Interior Minister Suleyman Soylu promised financial help for the victims of the quake.

The president visited the disaster zone on Saturday to inspect the rescue operation, meet with injured people in the hospital and attend the funeral of a mother and son.

Erdogan also condemned what he called a “smear campaign” on social media by those questioning the Turkish government’s preparations for earthquakes. A prosecutor in Ankara has opened an investigation into social media posts about Friday's quake.

Earthquakes are frequent in Turkey, which sits atop two major fault lines.

Across Turkey, there was an outpouring of support for victims of the quake. Some soccer clubs announced they would donate the receipts of their weekend matches while fans of the Fenerbahce soccer club threw scarves and hats on to the pitch during a game in Istanbul, chanting “Cold Elazig, Fenerbahce is with you!”

Health Minister Fahrettin Koca said Sunday that 104 people were receiving hospital treatment after the quake, 34 of them in intensive care but not in critical condition.

Victims of the quake were taking refugees in tents, mosques, schools, sports halls and student dormitories. Authorities warned people not to return to homes that could be unsafe.

A prison in Adiyaman, 110 kilometers (70 miles) southwest of the epicenter, was evacuated due to damage, with more than 800 prisoners transferred to nearby jails.

Turkey's worst quake in decades came in 1999, when a pair of strong earthquakes struck northwest Turkey, killing around 18,000 people.