TULSA, Okla. -- Tulsa police on Tuesday, May 26 said new surveillance video showed two missing siblings, ages 2 and 3, "were holding hands and disappeared into a creek" west of an apartment complex Friday, May 22 -- indicating they would be "focusing our efforts on this creek."

Searchers used sonar on Tuesday to examine a  pond for the children last seen with their noncustodial mother, who was arrested after being questioned about their disappearance.

Authorities have previously used a helicopter, a boat and divers in unsuccessful searches of the pond. 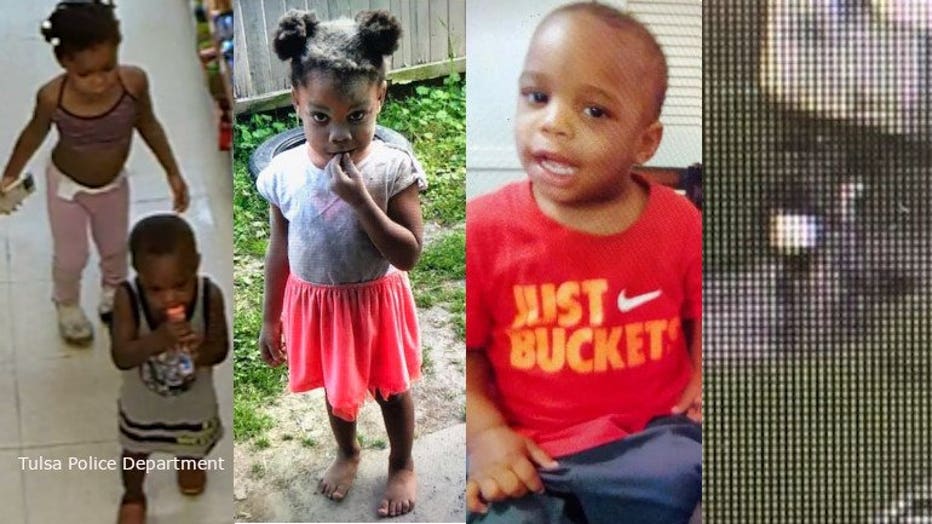 An aunt of the two has legal custody of them, but they were last seen Friday with their mother. Donisha Willis, 24, was arrested the same day on charges of child neglect and assaulting a police officer.

Jail records do not list an attorney for Willis.

During a Sunday news conference, Police Chief Wendell Franklin painted a potentially grim outlook of the fate of the two missing toddlers.