Trump`s message to Dems in Eau Claire: “You can change your ballot if you think youve made a mistake”

Trump`s message to Dems in Eau Claire: "You can change your ballot if you think youve made a mistake"

EAU CLAIRE -- Republican presidential nominee Donald Trump made his way to Wisconsin for a rally in Eau Claire on Tuesday, November 1st -- a state that could potentially be in play on November 8th.

Trump visited Eau Claire because he still thinks he can win Wisconsin -- even though polls show him trailing. Tuesday's visit was his fifth event in the state during the general election -- noteworthy because one candidate has had so many campaign visits (Trump) while the other (Hillary Clinton) has had no appearances here since April.

The UW-Eau Claire campus was literally divided Tuesday, with a barrier separating Trump protesters from supporters. 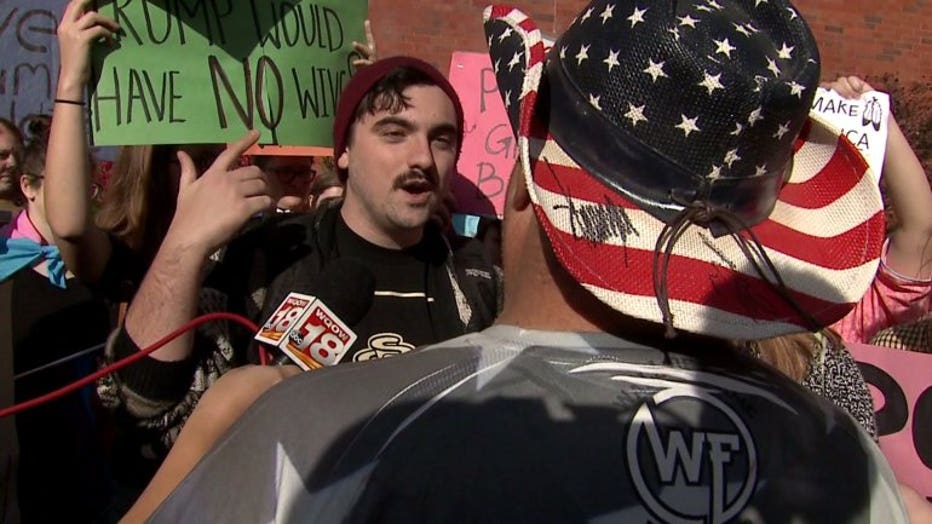 Trump visited the part of the state of Wisconsin where he performs best -- buoyed by the news that the FBI has found new emails which may or may not be significant in connection with the investigation of Hillary Clinton's private server. 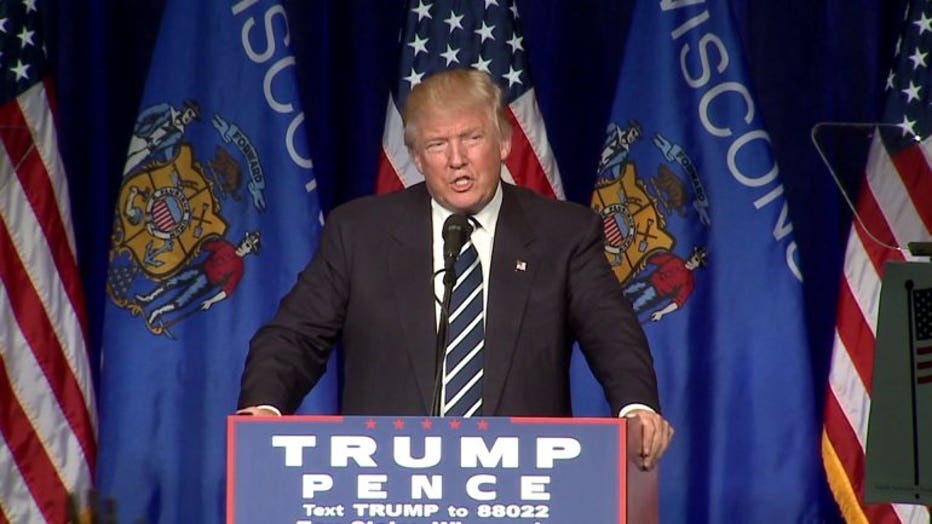 He had a message for Democrats: 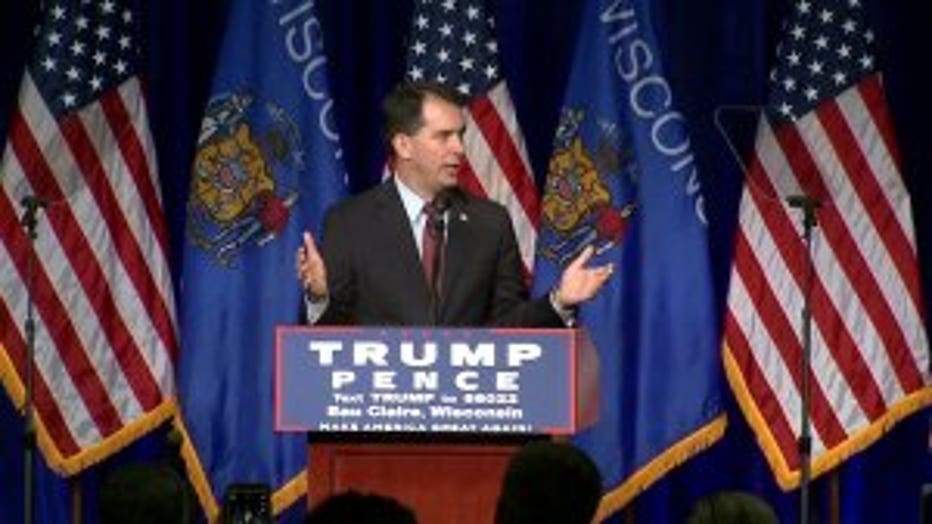 Walker reached out to undecided voters, drawing a distinction between Clinton and President Barack Obama.

"I`ve just fundamentally disagreed with him. Hillary Clinton on the other hand, I believe is unfit to be president of the United States," Walker said.

Seven months ago, Trump blasted Walker for "not doing a great job" as governor.

In Eau Claire, he seemed to have a change of heart.

"I want to tell you, I ran against him. He is tough. He is brutal. I want to be respectful. He is one tough cookie," Trump said.

House Speaker Paul Ryan did not appear with Trump in Eau Claire -- but he did stand with Trump on TV Tuesday morning.

"I stand where I've stood all fall and all summer. In fact, I already voted for our nominee in Janesville last week in early voting. We need to support our entire republican ticket," Ryan said.

A Trump protester had this to say:

"This doesn`t even have anything to do with Republicans versus Democrats. Trump is a whole different ball game on his own. He represents mysogeny, racism -- everything that`s terrible, and that`s why I`m here," Mary Shaw said.

The Eau Claire event was originally scheduled to include Trump's running mate, Mike Pence. He skipped Eau Claire and heading to Arizona for an appearance there on Wednesday.