Trump supporters not shy about backing the GOP nominee

Trump supporters not shy about backing the GOP nominee

GREEN BAY -- Hundreds gathered at the KI Convention Center in Green Bay for one last chance before the election to see Donald Trump speak in person. Many in the crowd of Trump supporters say they are not buying the recent polls that show their candidate is trailing behind Hillary Clinton.

It was a loud, fiery crowd that cheered for Trump on Monday night, October 17th. While protesters were taken out of the crowd, Trump's speech did not leave the crowd speechless. 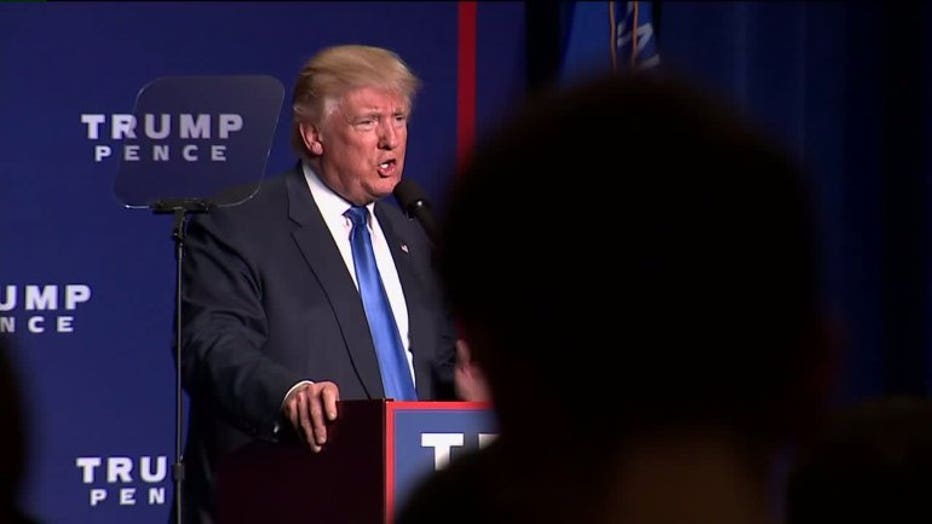 The Republican presidential nominee brought children up to the stage and garnered applause.

After the speech Brad King said he heard what he like.

"I was happy that he was going to implement for lobbyists, to end lobbyist influence," King said.

Earlier in the afternoon, you could say political events are often a time for colorful expression of opinion. The Trump event in Green Bay was no exception. Those who support the Trump-Pence ticket lined up to get in. 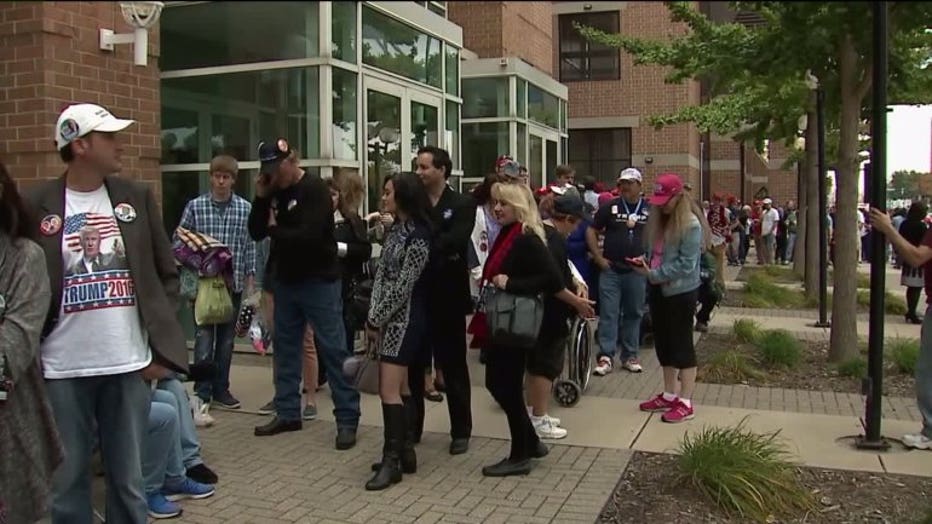 "I don't consider myself a needy Latino. So for that reason and more, I'm going to stand here and support this man," said Camille Solberg, a Trump supporter.

Recently released tapes on which Trump makes lewd comments about women were forgiven by those at the Green Bay event. 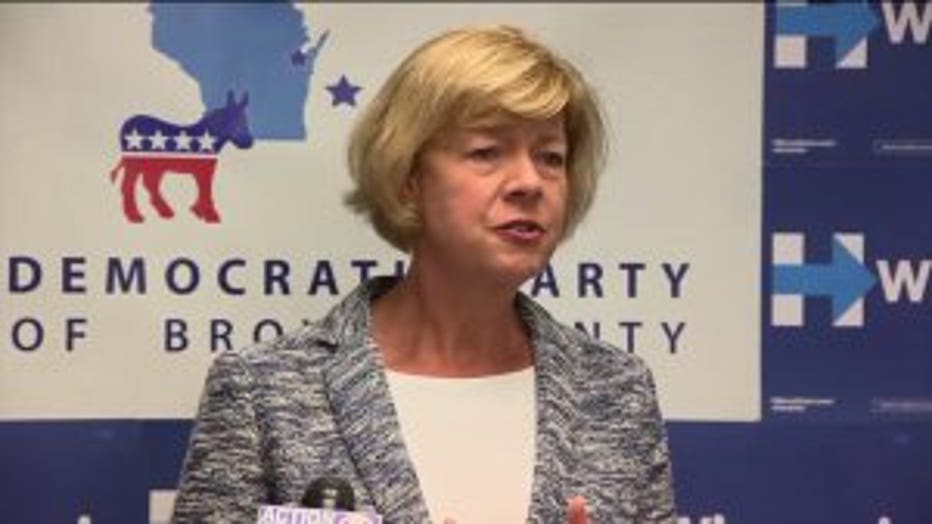 Elsewhere in Green Bay, Wisconsin Democratic Sen. Tammy Baldwin spoke out, urging women to band together to say Trump's kind of words will not be tolerated.

"Words matter. Words have impact on people; young people in our country. And just contrast the words you hear from Donald Trump," Baldwin said.