Traffic Alert: Ramp from I-94 EB to US 45 NB to close beginning Sunday night; “It`ll be really backed up”

Traffic Alert: Ramp from I-94 EB to US 45 NB to close beginning Sunday night; "It`ll be really backed up"

MILWAUKEE -- A major ramp closure begins Sunday night, July 26th in the Zoo Interchange. This closure affects the ramp from I-94 EB to US 45 NB.

The busy intersection at Highway 100 and Bluemound Road will be even busier beginning Sunday night. Highway 100 is one of the detour routes.

Those who live and work near that intersection say they're getting used to this kind of thing.

The Zoo Interchange is one of Wisconsin’s oldest interstate interchanges and is currently the busiest interchange in the state.

The Wisconsin Department of Transportation (WisDOT) has maintained and rehabilitated the ramps, bridges, pavements and other structures, but the interchange is nearing the end of its useful life and is in critical need of rebuilding.

That's why the massive Zoo Interchange construction project is underway.

Construction that's part of the Zoo Interchange project is set to continue through 2018. 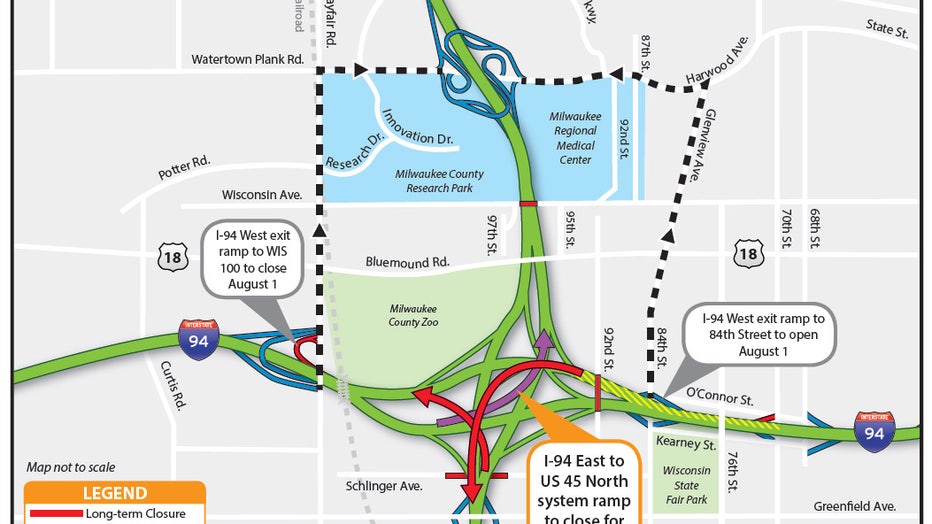 "It`ll be really backed up and unfortunately there`s not a lot of good ways to get around it," Yang said.

"Starting on Monday morning when traffic is going eastbound, they will notice that the ramp that actually goes northbound will be closed and it will be closed for seven days," a WisDOT spokesman said.

Traffic is being re-routed in two places: First, onto Highway 100 -- eventually taking drivers past the Milwaukee County Research Park on Watertown Plank Road.

"Some days it`s hard to tell customers if they can take the expressway home to Milwaukee or if it`s open or closed. We have no idea half the time," Joe Kasper, manager of the Malt Shoppe on N. Mayfair Road in Wauwatosa said.

Kasper says the construction and relating traffic may be irritating for customers, but it's not bad for business.

"You know, you get frustrated in traffic and you get thirsty for a beer -- so it`s definitely been a good thing for us," Kasper said.

Those who live and work near the Zoo Interchange have a few words of advice.

"If you can find some back streets or side roads, that would be your best bet," Yang said.

"I would say biggest thing is be patient. Stop in for a beer -- grab a six-pack to go home," Kasper said. 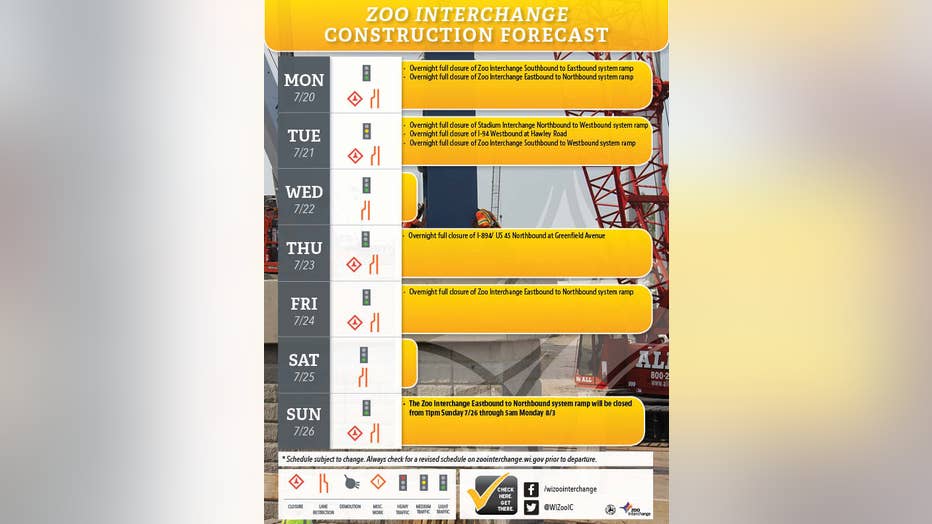