Racine County officials are investigating a crash in the Town of Dover that injured two people.

TOWN OF DOVER, Wis. - The Racine County Sheriff's Office says two people were hurt after an SUV crash in the Town of Dover on Monday morning, Aug. 23.

The wreck happened shortly after 9 a.m. on S. Beaumont Avenue. Emergency crews were dispatched for a vehicle that left the roadway and came to rest on its passenger side. When those crews arrived on the scene, they found two persons outside of the vehicle – and the vehicle was on fire. The Kansasville Fire Department extinguished the fire.

The male operator of the vehicle suffered non-life-threatening injuries. The female passenger was unconscious; however, she was breathing and did have a pulse. The female was taken to Froedtert Hospital by Flight for Life. 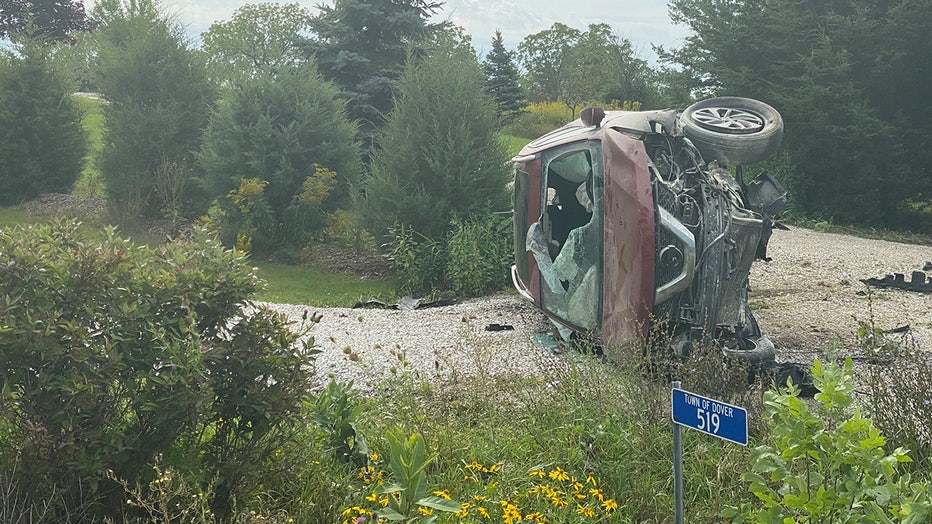 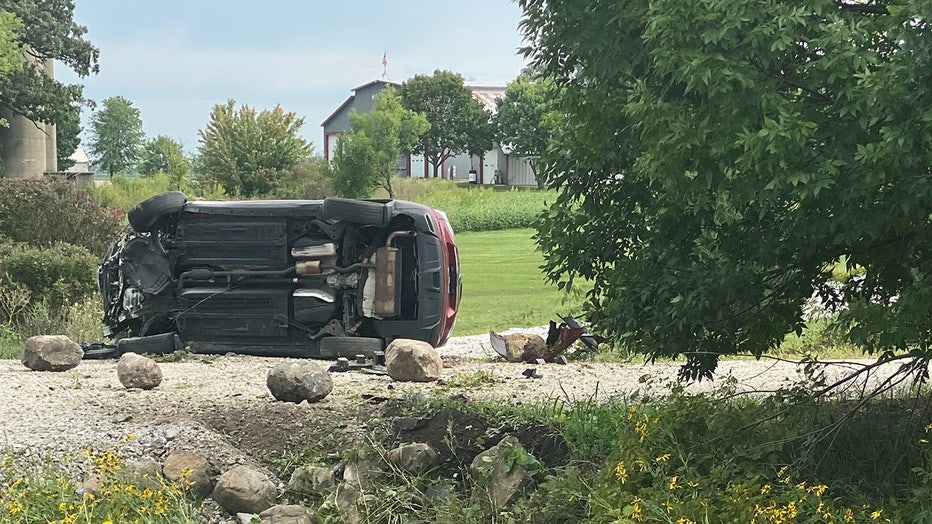