KENOSHA -- Public records show a history of harassment complaints against Kenosha Unified School District administrators and coaches, with documented concerns about how the school district responds to accusations.

In addition to the controversy over Tremper High School cheerleading coaches handing out "big booty," "big boobie," and "string bean" awards to students at a banquet last year, FOX6 discovered complaints about a vice principal repeatedly touching staff and students, details about a principal who resigned after accusations he had inappropriate relationships with subordinates, concerns about female cross country athletes being asked to "weigh in," male coach comments about female athletes' "periods and girl things," and a warning from an outside firm that Kenosha Unified School District was not following its own policies.

In December 2017, the law firm von Briesen & Roper sent the school district a summary of its investigation into complaints about Tremper High School's track and cross country teams.

Although the investigation cleared the coaches of harassment, the document sent to the school district describes a "toxic environment," detailing tension among the coaching staff and "unprofessional" public displays of behavior.

The report also describes an incident in which female cross country athletes were asked to "weigh in" after an eating disorder rumor; at a different point, a male coach commented that it was good to have a woman on the coaching staff because she could talk to the female athletes "about their periods and girl things." 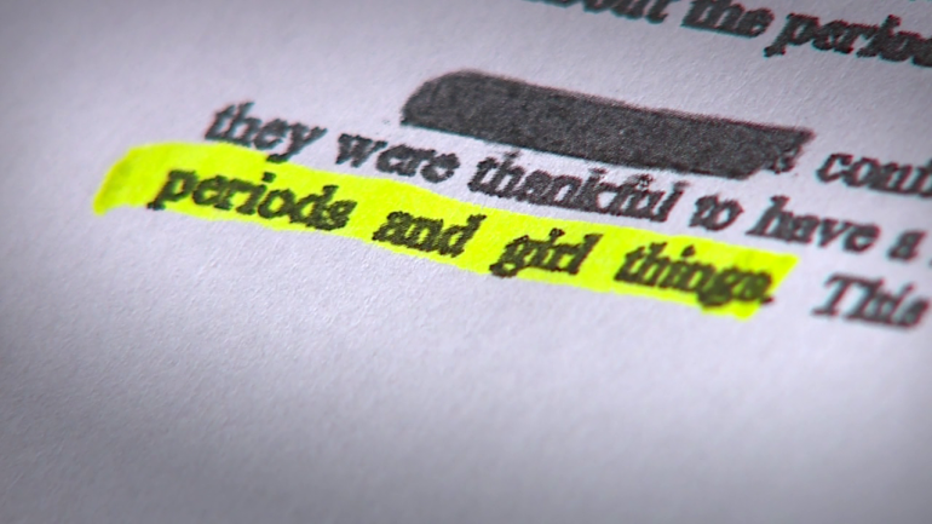 The investigation found that the above situations were not repeated and did not rise to the level of harassment, but the summarizing document describes them as showing "poor judgment" and "inappropriate," with "no place in the workplace."

The report also says that it is "undisputed that the District failed to follow its policy" with respect to a previous harassment complaint because "it is clear that there was never a timely investigation." 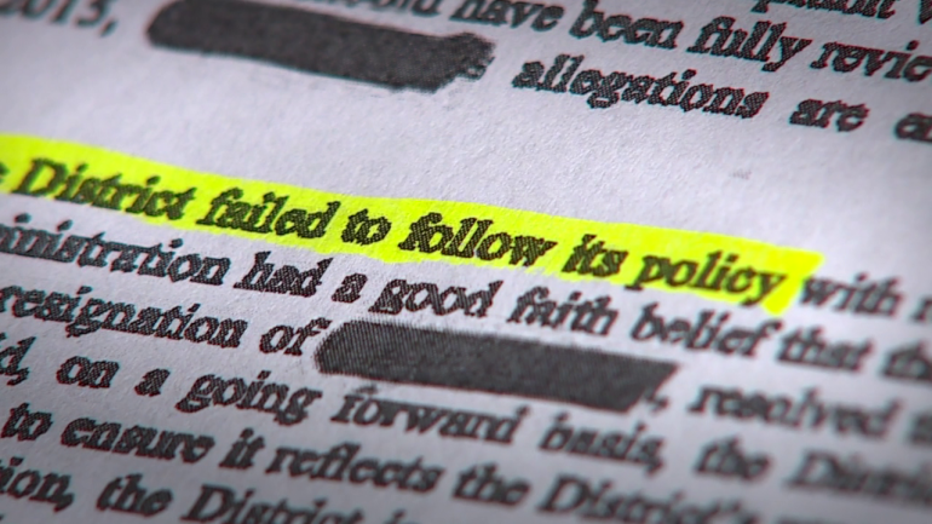 There were several recommendations for changes in Kenosha Unified School District, including a review and possible revision of sexual harassment investigation policies, definitively separating coaching responsibilities for the girls' and boys' teams, and establishing clear rules against coaches texting with students and engaging in certain social media interactions.

"When we start letting small things slide and giving people the benefit of the doubt, we are opening a window for people to really manipulate and abuse if they do have ill intentions toward the students," National Sexual Violence Resource Center spokesperson Kristen Houser said.

Tanya Ruder, the district's Chief Communications Officer, declined FOX6's request to interview the superintendent. In an email, Ruder said the district is reviewing its anti-harassment policies and setting up mandatory anti-harassment training for coaches and administrators.

However, Ruder did not answer FOX6's questions about which specific von Briesen & Roper recommendations were implemented, writing only that, "to the extent practicable, such recommendations have been implemented and continue to be in effect."

While Houser says it is appropriate to keep certain personnel information private, she says specific details about training and policies "are things that should be known to the public."

"I think a school that's doing things appropriately should be proud to share those with the public because it demonstrates a commitment to safety," Houser added.

"Habit of touching staff and students"

In June 2018, Kenosha Unified School District sent a letter to Washington Middle School Vice Principal Dr. CasSandra Brooks about her "habit of touching staff and students," including kissing a staff member on the lips and touching her in front of others.

The letter says Dr. Brooks received a "verbal directive" about this issue on a Friday. The following Monday, she was accused of more "physical contact" in the middle school hallway. 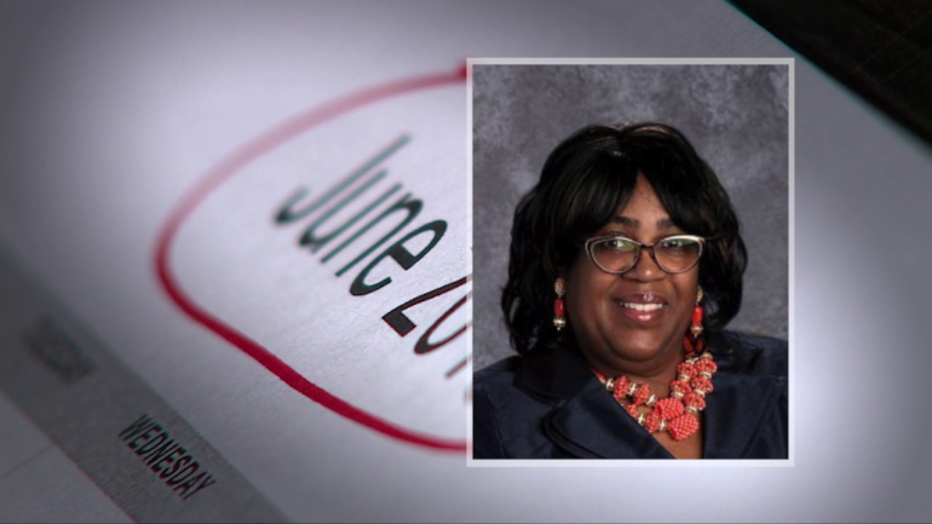 Dr. Brooks was suspended without pay; however, to avoid missing additional days of work, the school district converted ten days of her paid administrative leave to unpaid disciplinary suspension days. She was also put on a "last chance agreement" with a warning that "any further similar acts of misconduct will immediately lead to termination from employment." 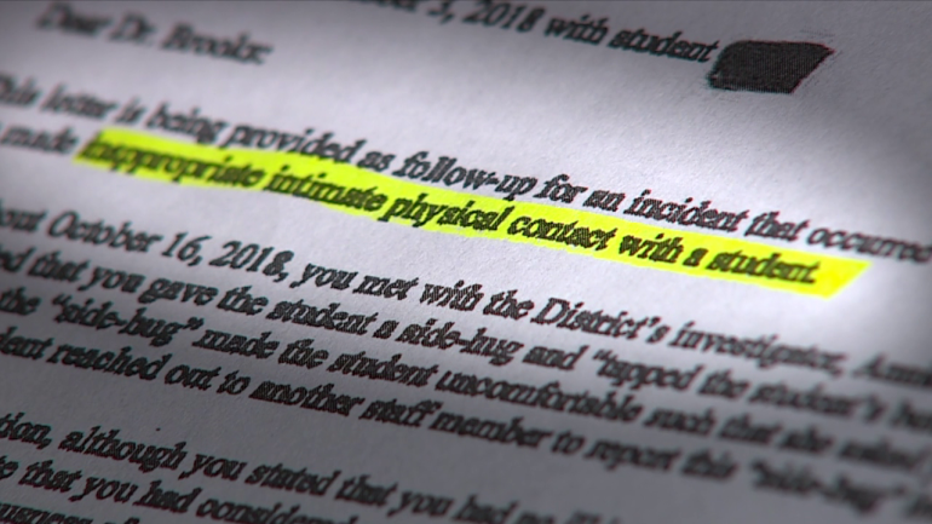 Dr. Brooks admitted that she gave the student a side hug and "tapped the student's butt twice." The student reportedly expressed discomfort, asked Dr. Brooks to stop, and reported the incident.

The letter says, during the district's investigation, Dr. Brooks "failed to demonstrate consideration of the seriousness" of her past allegations and continued to "exhibit a reckless lack of sound judgment by engaging in similar behavior."

Instead of following through on its previous warning that Dr. Brooks would be fired if she repeated her behavior, the letter says the district was willing to "extend this last chance" because Dr. Brooks shared that she "had no ill intent."

The last sentence of the document says, "We value your service to the District."

"It's not only about sanctioning the person who's done it," Houser said, referring to the importance of following through on disciplinary warnings. "It's also about sending a message everybody else about what will and will not be tolerated. So when you start giving individual passes to people who are repeat violators...you're now sending a message to everybody in the environment that you're unwilling to address the problem."

"Once you have , what somebody intends or doesn't intend is absolutely a moot point," Houser added. "It's not about whether or not I'm intending to hurt the person. If you are doing it anyway, it's the employer's responsibility to address that issue."

Around the same time, Kenosha Unified School District was investigating the now-former principal of the same middle school, Curtiss Tolefree, for accusations he had inappropriate sexual relationships with female subordinates and created a hostile work environment. 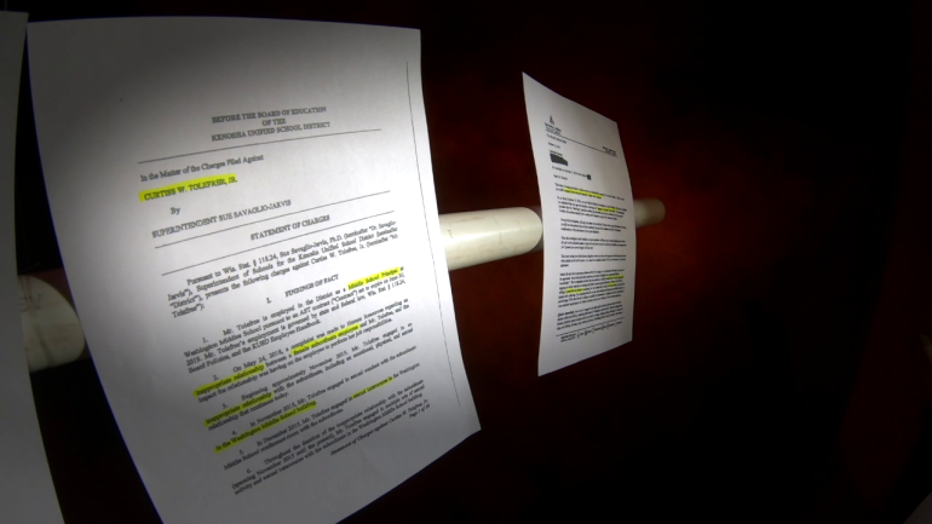 Amongst other things, Tolefree was accused of engaging in "multiple acts of sexual activity" in the Washington Middle School building and "targeting vulnerable female employees."

In July 2018, the district took steps toward a termination recommendation hearing for Tolefree. He resigned.

In the past, the ACLU has accused Kenosha Unified School District of using dress code policies to discriminate against female students.

More recently, in addition to sending a letter about the cheerleading awards controversy, the ACLU accused the district of "victim blaming" by showing a movie depicting the rape of a female college student and asking how she could have prevented her own assault. 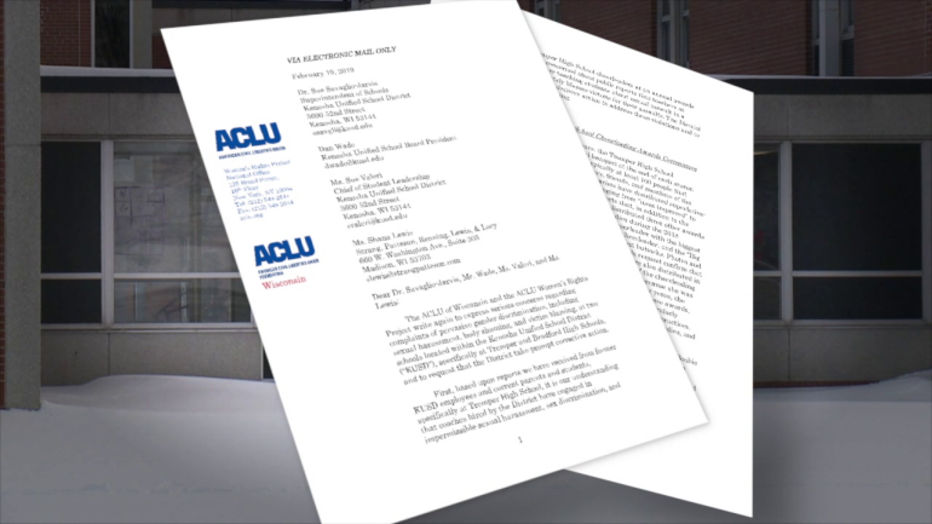 Houser says the language and lessons coaches, teachers, and administrators use when speaking about gender, assault, harassment, and physical appearances are just as important in shaping youth as anything that could be found in a textbook.

"It may be showing the boys in the school that it's OK to treat your peers who are female in disrespectful ways or to sexualize them or tokenize them," Houser said. "And it teaches girls that you're supposed to tolerate it."

The term "progressive discipline" refers to a process that gives employees chances to fix an issue before it leads to termination.

Kenosha Unified School District has progressive discipline policies for employees, and it's a term administrators have used when questioned about how or why some employees have been able to keep their jobs after complaints of harassment or discrimination.

In an email dated June 8, 2018, Tremper High School Principal Steven Knecht writes that a parent raising concerns about the district's response to the cheerleading awards "doesn't agree with or understand progressive discipline."

"Progressive discipline is absolutely appropriate as long as we're also taking into account that any kind of discipline should be proportionate to what the offense was," Houser said. "You would not want to have an egregious offense be met with progressive discipline to say, 'Well gosh, it was only the first offense, and you get three more tries.'"

Kenosha Unified School District denied portions of FOX6's open records request. In a letter, the district attributes the denials to several reasons, including: The Family Education Rights and Privacy Act, an open misconduct investigation, the district's concern about its "ability to attract and retain public employees," and attorney-client privilege.