SOUTH MILWAUKEE -- Firefighters on Wednesday morning, September 28th were called out to the scene of a garage fire near 12th and Michigan in South Milwaukee.  The call came in shortly before 1:00 a.m.

When crews arrived on scene, they encountered a fully-involved detached garage.  Officials say the fire extended to an SUV parked adjacent to the garage and to the roof of an auto body shop located directly to the east. 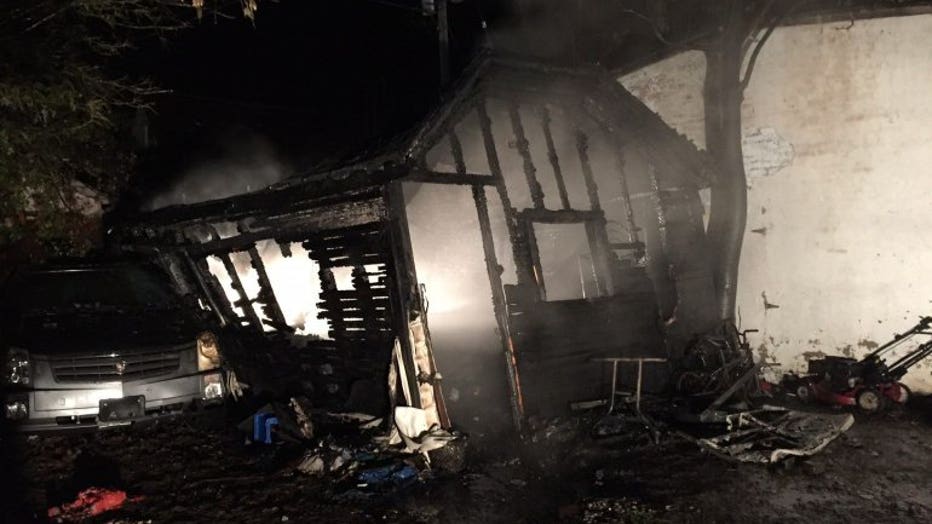 We Energies was requested to the scene to secure an energized power line that burned through and fell to the ground.

Officials say the fire was quickly knocked down and extensive overhaul was necessary due to the collapse of the roof of the garage. 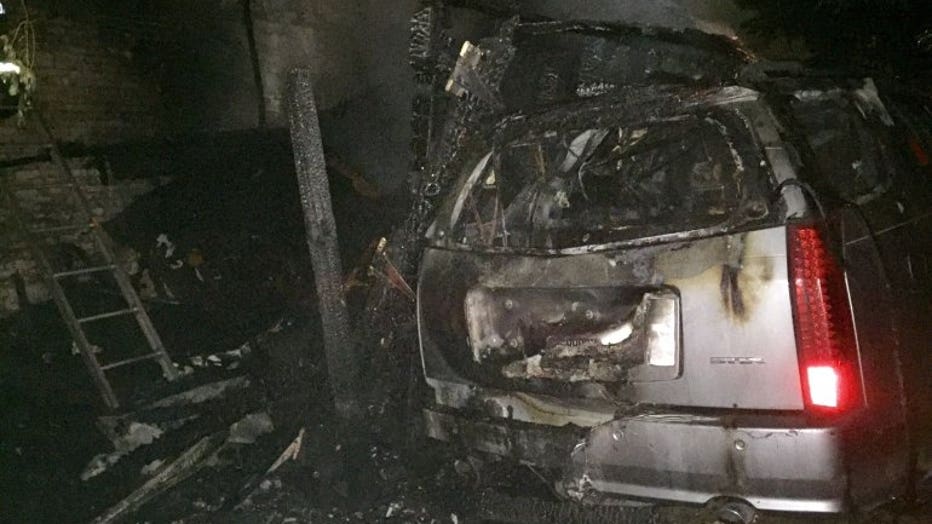 Evaluation of both the roof and interior of the auto body shop revealed that damage was limited to the exterior of the building.

The detached garage and the SUV were a total loss.

One female occupant of the home was evaluated for smoke inhalation, but refused transport. No other injuries were reported to fire personnel or civilians.

This was the second serious garage fire to take place in South Milwaukee in less than 24 hours.

The first happened near the intersection of Harrison Place and Marshall Avenue shortly before 6:00 p.m.

We're told there was a classic car inside the detached garage, along with lots of mechanical equipment and tools.

Radiant heat from the fire melted siding on the nearby house, a neighboring garage, and started a vehicle parked in the street on fire. The heat also started a nearby tree on fire and caused the overhead electrical wires to drop to the ground and begin arcing.