BALTIMORE — Baltimore judges have ruled that a chef who appeared on TV's "Top Chef" owes more than $3 million in rent on his now-shuttered restaurants.

The judgments against Staples were stayed after she filed for bankruptcy in October. Voltaggio's lawyer could not be reached for comment. 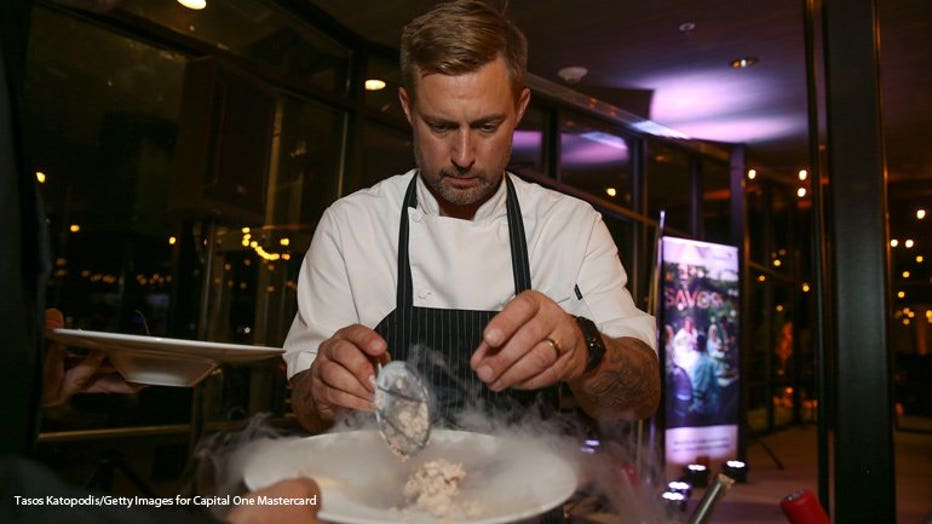 WASHINGTON, DC - NOVEMBER 01: Chef Bryan Voltaggio prepares a dessert during Capital One Celebrates The Launch Of The New Savor Card During A Priceless Table Presented By Mastercard at the District Wharf on November 1, 2017 in Washington, DC. (Photo