KENOSHA, Wis. - The UW System president was in Kenosha Thursday to congratulate UW-Parkside in reaching the goal of 70% of the student body being fully vaccinated.

"The vaccination rate among our student body is 73% and we are celebrating today with brats and socks for shots," said Debbie Ford, UW-Parkside’s chancellor.

President Tommy Thompson was at the university to celebrate with brats and socks. 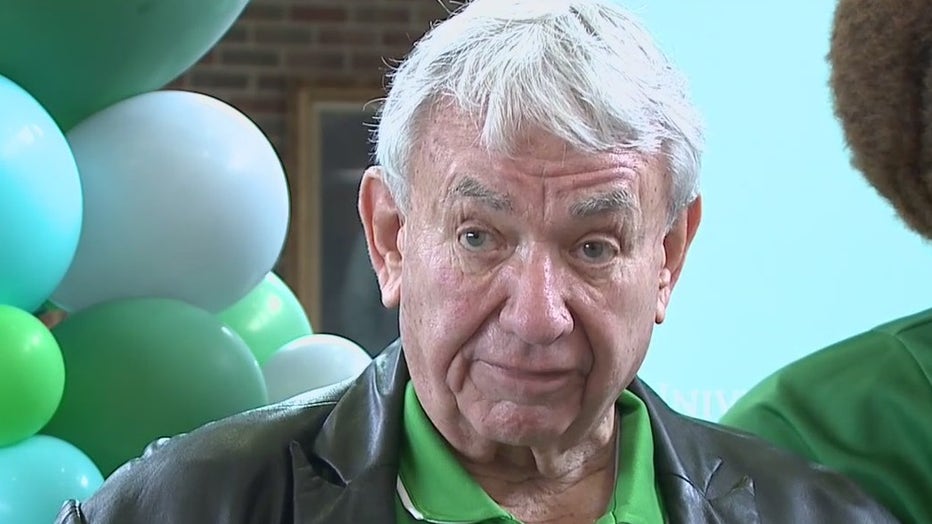 It's part of the UW System's 70-for-70 campaign fully vaccinated students who attend universities that reach the 70 percent threshold, based on fall 2020 full-time-equivalent enrollment and excluding students studying only online, are eligible to win one of 70 scholarships valued at $7,000.

UW-Parkside, joining other campuses that have reached the 70% threshold -- including UW-Whitewater and UW-Stout.

"You talk to the students, they’re so happy to have the school open. To have in-person classes, being able to meet each other," said Thompson.

It leaves only UW-Platteville to not reach the 70% mark.

A Pewaukee man faces multiple criminal charges for alleged sex crimes. But investigators are looking to identify and speak to even more possible victims.

Below-average temperatures can be expected for just about the entire first week of November as northern air finally flows in after one of the warmest Octobers on record.

The FOX6 Investigators share one of the episodes that helped win a National Edward R. Murrow Award.