LOS ANGELES  -- Since the first reported cases of the novel coronavirus, several support groups have emerged on Facebook consisting of thousands of members calling themselves “long haul survivors,” reporting COVID-19 symptoms that they say have lasted for months.

“Today is day 93,” said Amy Watson, a preschool teacher who lives in Portland, Oregon as she shared a photograph of her thermometer that read 100.3 on June 18. She first tested positive for COVID-19 on April 11,  after falling ill with flu-like symptoms in mid-March.

Watson said she has had a persistent fever for nearly three months now, along with a handful of other disconcerting symptoms. 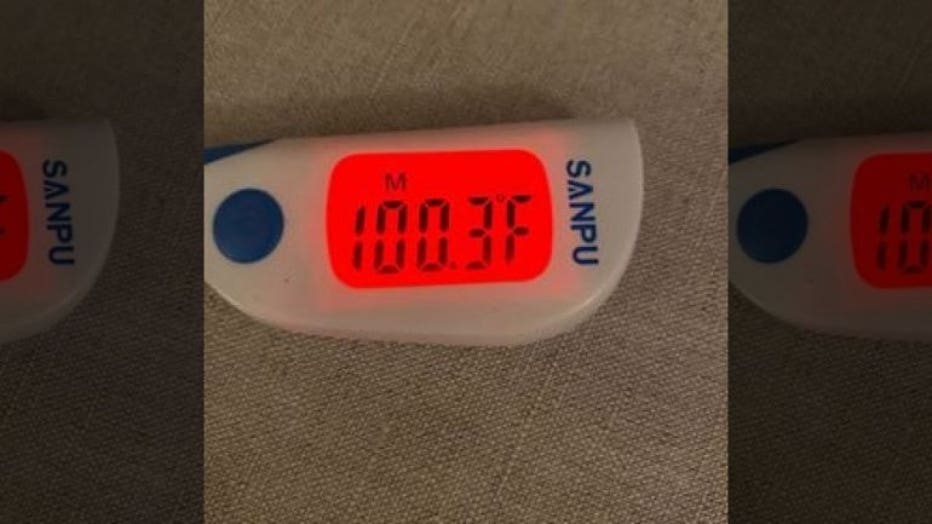 Watson said she first came down with the flu-like symptoms on March 15, when she developed a cough and fever. She felt some of the worst of the illness for about a week, until, she said, she started to feel better, only to have the illness return like “a ton of bricks.”

While she said the initial symptoms of congestion and cough have since subsided, she continues to experience other manifestations of the illness.

“These other symptoms that have just been hanging on are the ones that nobody knows how to treat and fix,” said Watson. “I’ve got this fever, I got this crazy burning sensation, nerve pain that’s like under my skin, incredible fatigue.”

Watson, whose only underlying condition before contracting COVID-19 was asthma, added that she has to sit down and rest every time she performs any menial task.

Back in March when she first reported feeling sick, it was nearly impossible for her to get a COVID-19 test. She said she called an advice nurse, who told her to assume it was the novel coronavirus and isolate herself for two weeks, which she did.

“The 14 days passed and I was still sick,” said Watson. She was prescribed multiple rounds of antibiotics after she reached three weeks of being symptomatic with the illness.