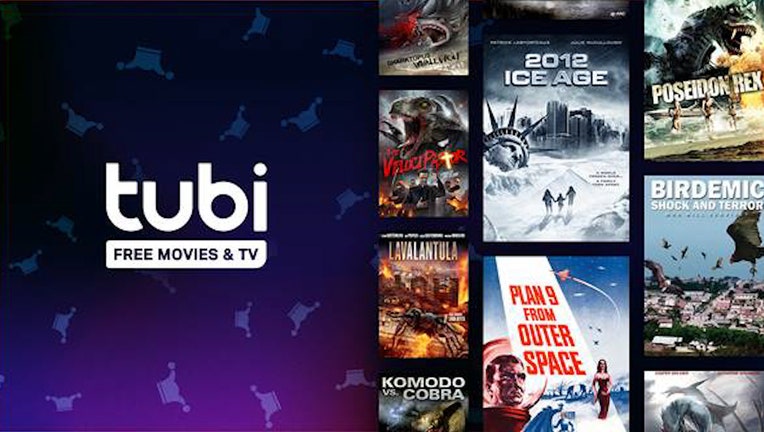 "Sharktopus vs. Whalewolf," "VelociPastor" and "Lavalantula" may sound like April Fool’s prank titles, but the films are very real, and are available to stream for free on Tubi.

Every once in a while, a movie or show comes along that has such an outlandish plot, cringe-worthy dialogue or less-than-perfect CGI that makes it so bad, it’s good.

For April Fool’s Day, Tubi has a curated list of its campiest titles — from priests that turn into dinosaurs to the Titanic sequel you never wanted. Fool all of your friends and family by suggesting these titles on April 1 and see if they believe the movies are real.

These titles are no joke:

"When a volcanic eruption in Iceland sends a glacier hurtling toward North America, a family struggles to escape the onslaught of the coming ice age."

"Midnight movie cult-favorite about a picturesque California town under attack by millions of killer birds that swoop in and wreak bloody havoc."

RELATED: Celebrate the Tubi, NASCAR sponsorship with these racing classics streaming for free

"While searching for a research lab on a remote island, a group of activists discovers two giant reptilian creatures have escaped the facility."

"Hailed as the worst film ever made, the cult classic features evil aliens who aim to conquer Earth by reviving corpses buried in a Hollywood cemetery."

"A coastal island near Belize is in a grip of bloody terror when deep-sea divers accidentally awaken an ancient, prehistoric monster from the past."

"When a mad scientist mixes the genes of a killer whale and a wolf, it creates the Whalewolf, and it's up to Sharktopus to stop it."

"In this cult film sensation, a newly orphaned priest travels to China in search of spirituality and instead gains the power to turn into a dinosaur."

"A century after the fateful voyage of the original, modern luxury liner Titanic II sets sail. Will this ship suffer the same fate as her namesake?"