ENGLAND -- A minuscule Hyllus diardi jumping spider has apparently learned the art of the selfie, getting up close and personal with a photographer's camera, British news agency SWNS reports.

The tiny spider, which generally measures between 0.39 and 0.59 inches across and is small enough to be on a person's fingertip, was captured in England by photographer Calvin Taylor Lee. 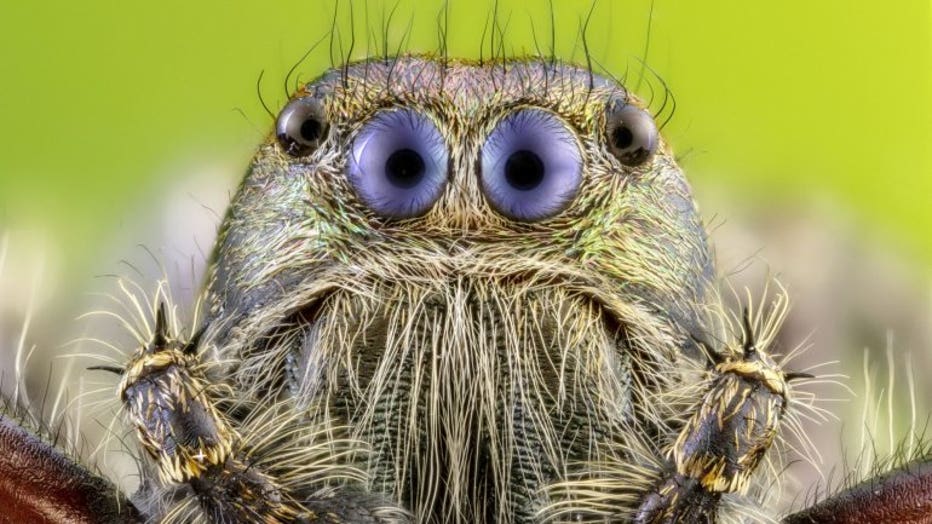 This cute, furry spider is keeping a close eye on things – as an amazing, close-up photo shows four of its beady eyes and fine facial hairs in vivid detail. The tiny Hyllus diardi jumping spider typically measure between just 1cm to 1.5cm across (0.3

Lee, who hails from an industrial town in Lincolnshire, is known for his extreme close-up photos. He used a Sony a7RII with a macro lens to capture the remarkable photo.

Hyllus diardi, which are known as one of the world's premier jumping spiders, generally reside in India, Myanmar, Thailand, Laos, China and Indonesia.

Females are usually larger than their male counterparts and they usually have gray or white hairs, with black eyes, according to Spider Identifications.