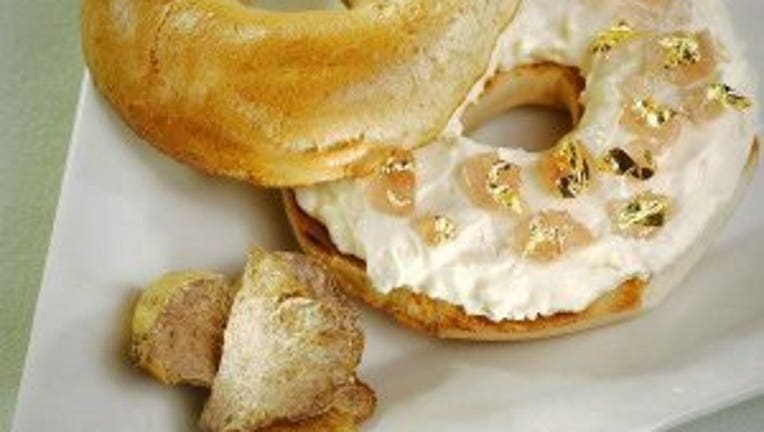 MANHATTAN — Forget bagels with schmear and lox, a Times Square hotel is serving up a $1,000 bagel.

Westin first debuted the pricey breakfast in 2007, but the bagel only stayed on their menu for a few months. The bagel's return a decade later will be limited. It will be available from Nov. 1 to Dec. 15.

Gastronomes with a hankering for a bagel featuring some of the world's rarest and most expensive ingredients — and with $1,000 to spare — must order their bagel 24 hours in advance.

All proceeds from the bagels will go to benefit Holy Apostles Soup Kitchen. Don't worry about tax or leaving a tip - those are included in the price.

The culinary minds at the Westin say the bagel may make an encore appearance during the next truffle season.