Thousands marvel at the ice caves of Lake Superior (February 2014)

Thousands marvel at the ice caves of Lake Superior (February 2014)

MILWAUKEE (WITI) -- We want to believe we can put up with anything winter throws our way. It's just easier when we know there's a payoff. This year, that something is found along the coast of the Apostle Islands National Lakeshore in far northern Wisconsin -- ice caves.

From across the world, thousands of people are coming to experience something seemingly out of this one. This year's polar vortex has frozen the surface of Lake Superior so much, it's become a museum floor -- able to withstand heavy visitor traffic.

John Cleveland and a friend came from Minneapolis. to see what it looks like when three different types of ice come together.

"You come around a corner and there's something you had no idea would be there. A Gothic arch in the sandstone. It's amazing," said Cleveland. 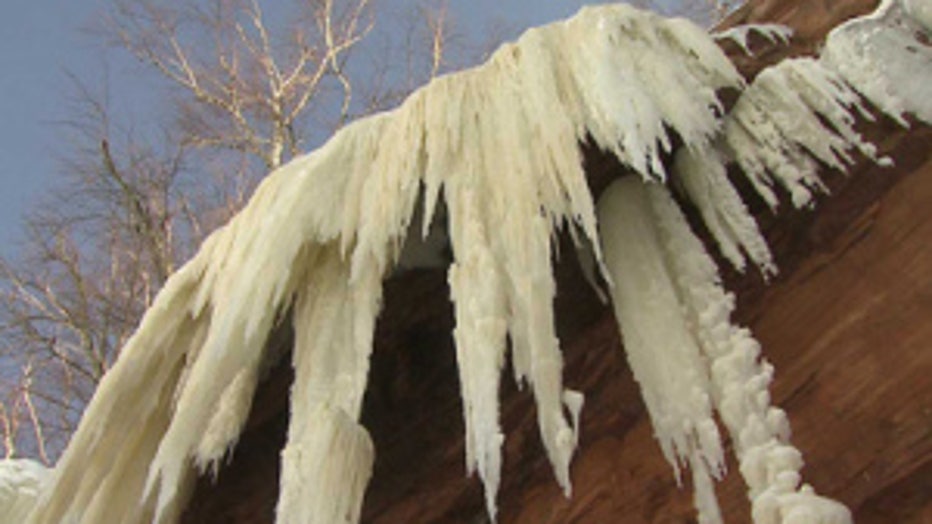 A windy December brought big waves and sprays that formed on the billion-year-old sandstone.

"Then we had a lot of snow in December and we had a lot of runoffs coming over the top of the cliffs. So we have frozen water falls and huge columns of ice," said Park Ranger Neil Howk.

And then the springs -- which bring the final coat of beautiful blue ice.

Indeed there are reminders that this is a work of art constantly in progress -- and the artist in residence is forever editing.

It's been five years waiting for this exhibit to open. That's the last time it was cold enough to trek out there on foot. But the journey is humbling. It makes one want to say, "Nature, if you can do this, I can do this."

But it's not a fair fight. You're best just to take pictures -- photos that will last longer than an art show which will close as it opened -- on its own terms. As cold as it is, those works are not frozen in time.