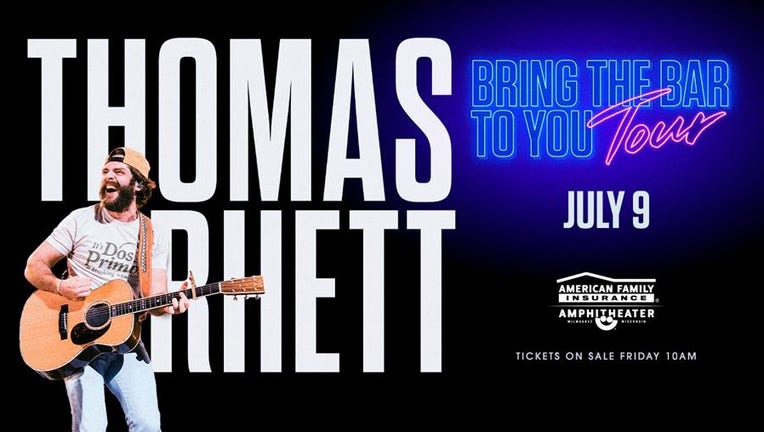 MILWAUKEE - Thomas Rhett, with a special guest to be announced, will headline the American Family Insurance Amphitheater on Summerfest’s last day, Saturday, July 9.

Tickets for Thomas Rhett go on sale on Friday, March 18, 2022 at 10:00 a.m. at Summerfest.com and Ticketmaster.com, in addition to in person at the American Family Insurance Amphitheater Box Office, and include admission to Summerfest.

Milwaukee Pride, Inc. announced on Tuesday, March 15 that PrideFest will return to Maier Festival Park to kick off the city's festival season.