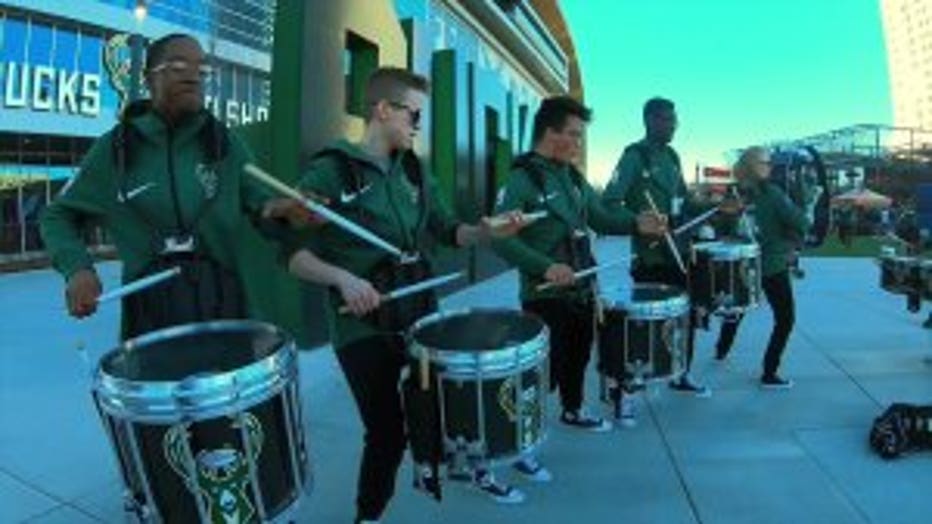 MILWAUKEE -- There's no need to be in Detroit to cheer on the deer. The Milwaukee Bucks hosted a huge block party Saturday night, April 20, as the team took on the Pistons in Game 3 of the NBA Playoffs.

"If this is a party, this is where I want to be," said Michelle Mackey, fan.

While the team is on the road, Milwaukee is the center of the excitement. 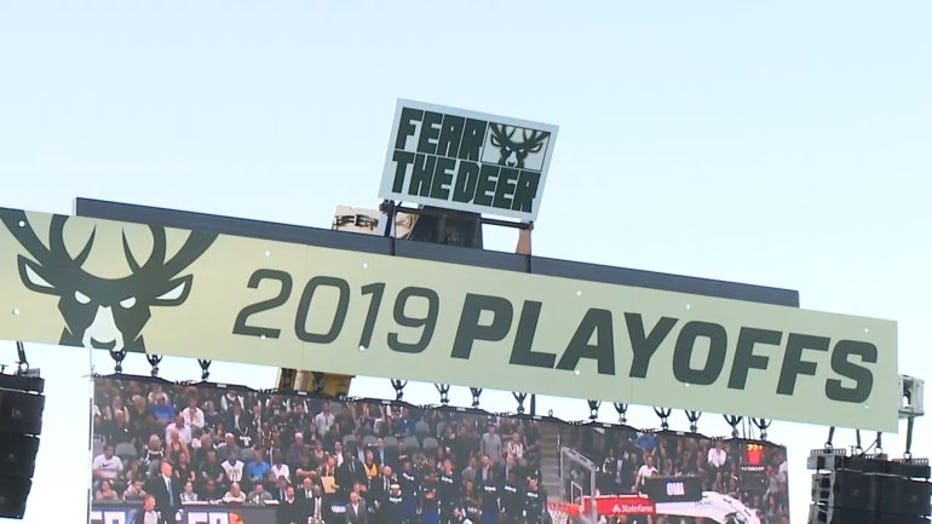 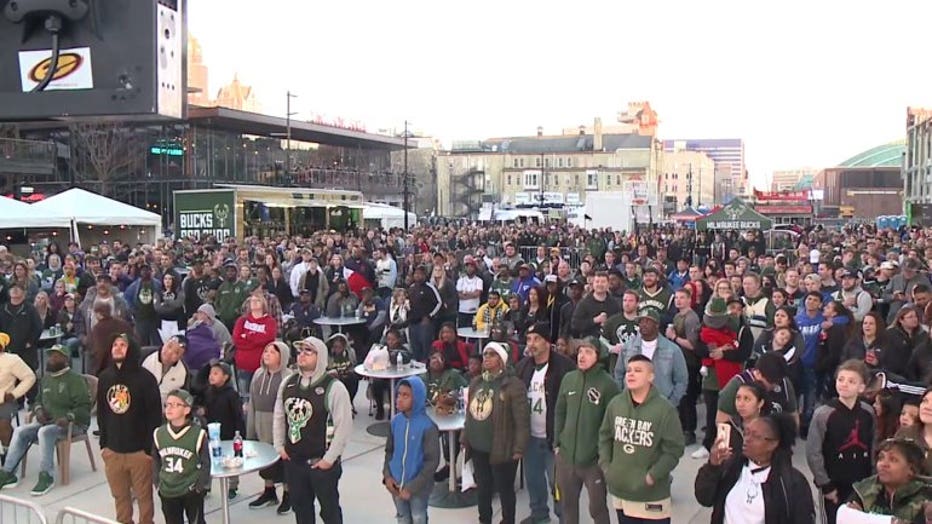 "For the city, it's been amazing," said Andrew Jakubicz, fan. "This wouldn't be possible without a great team." 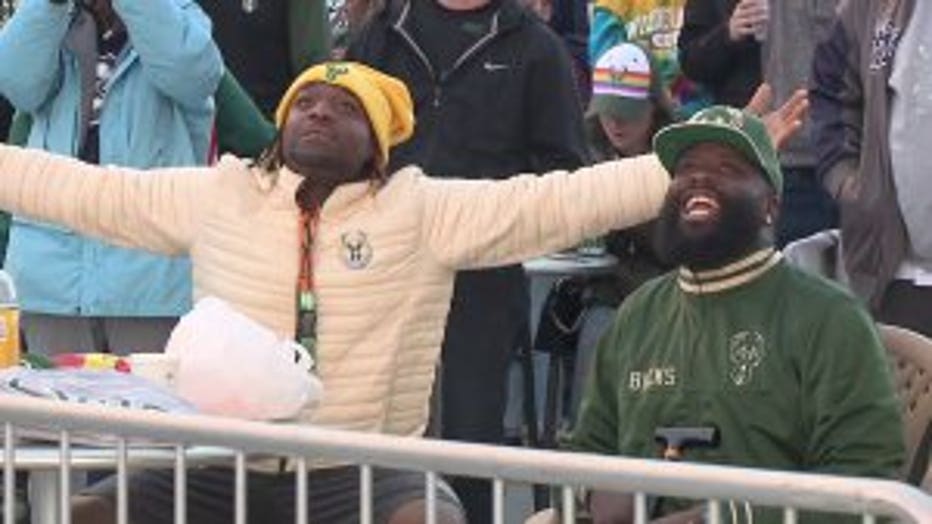 Fans watched the game from two big screens in the shadows of the arena on Saturday.

"It's so beautiful," Mackey said. "I'm expecting them to bring home the championship."

It's the biggest party in town as hundreds packed the plaza to cheer on the team.

"As we continue to go on, this thing is going to grow further and further," said Dustin Godsey, Milwaukee Bucks chief marketing officer. 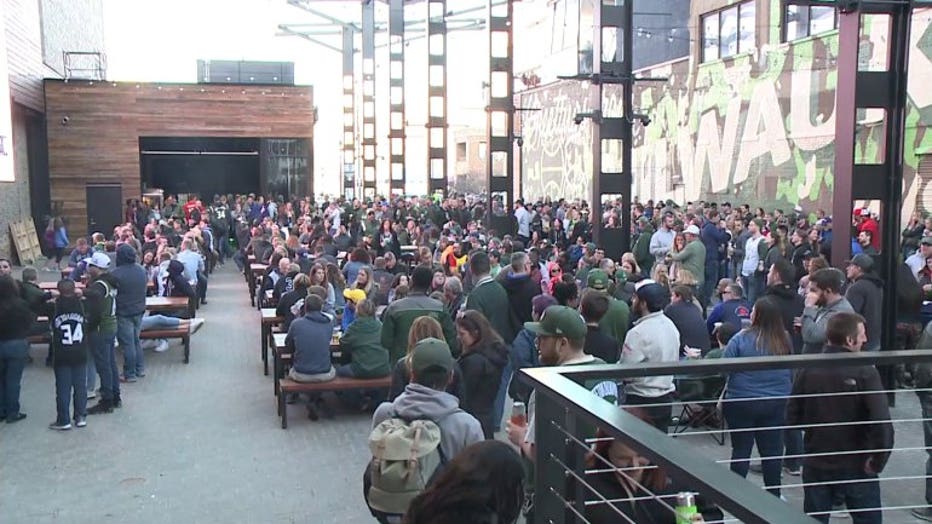 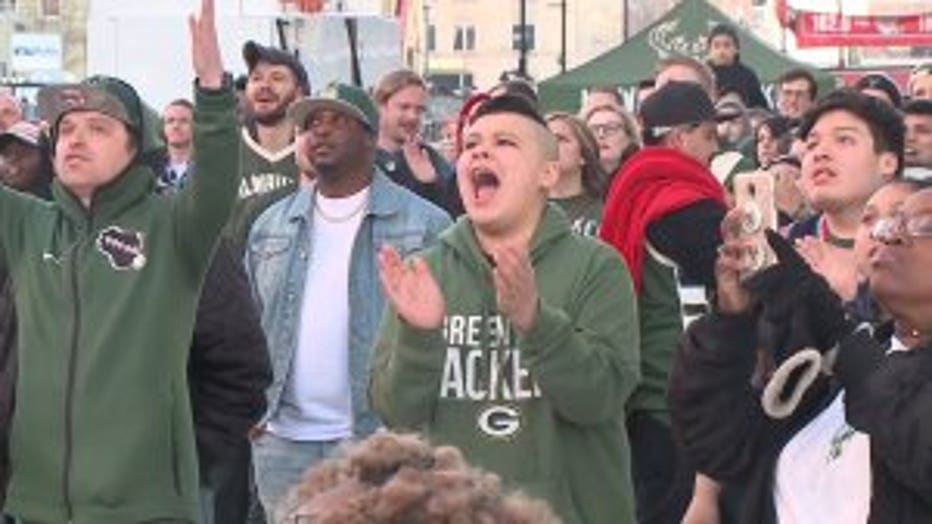 A city transformed and filled with Bucks energy.

"Everyone's go Bucks! You can see it on the buses, on the trolley car that goes around, the skywalks," said Todd McColley, fan.

Ready for more wins to come.

If you didn't make it out for Saturday night's playoff game, don't worry. There will be a watch party for each Bucks' playoff game. 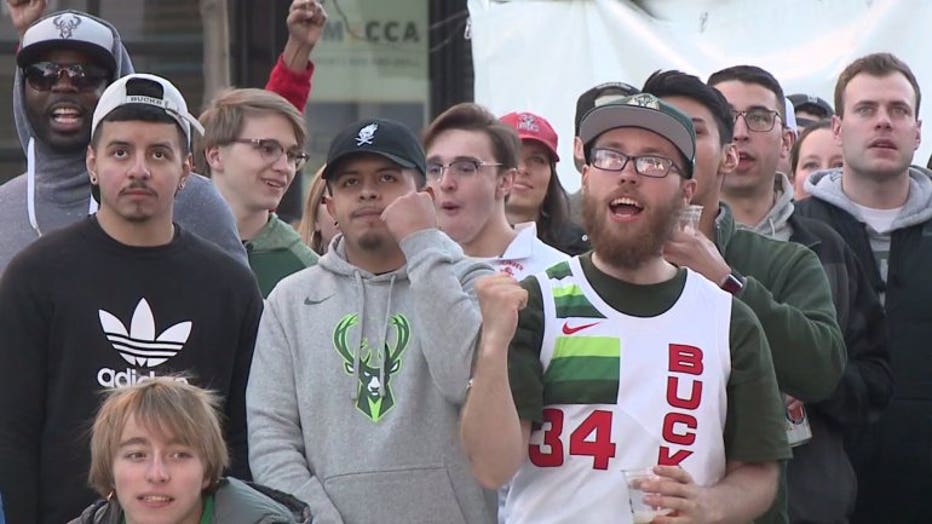