MILWAUKEE -- Those who oppose a plan being considered in Madison that would give the county executive authority over the lowest-performing schools in MPS (Milwaukee Public Schools) say they want to keep the momentum going during what they're calling a "week of action." The proposal would allow the county executive to appoint a commissioner for these schools, and they could be turned into private or charter schools. Some lawmakers say it's an effort to improve under-performing schools, but it's a proposal some don't agree with. 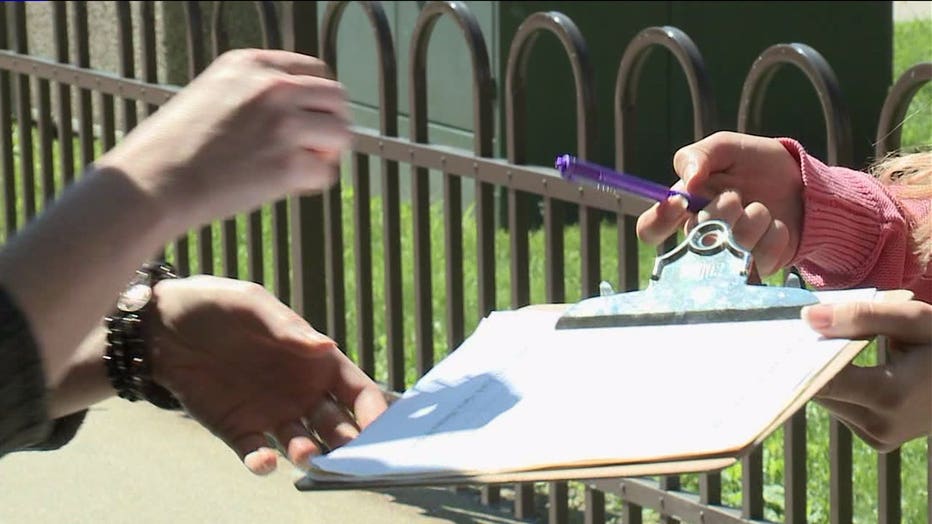 Those opposed to the plan are trying to educate parents and teachers about it. They've also begun collecting signatures to deliver to state lawmakers later this week.

Outside Highland Community School on W. Highland Avenue in Milwaukee on Tuesday, June 2nd, it was the parents doing the educating.

"Our parents need to understand this is very serious and this is going to impact all 160 of our campuses," Jenni Hofsculte said.

Hofsculte is doing her part to spread the word about the "Opportunity Schools Partnership Program," a Republican-backed proposal that would give under-performing schools in Milwaukee to a commissioner. 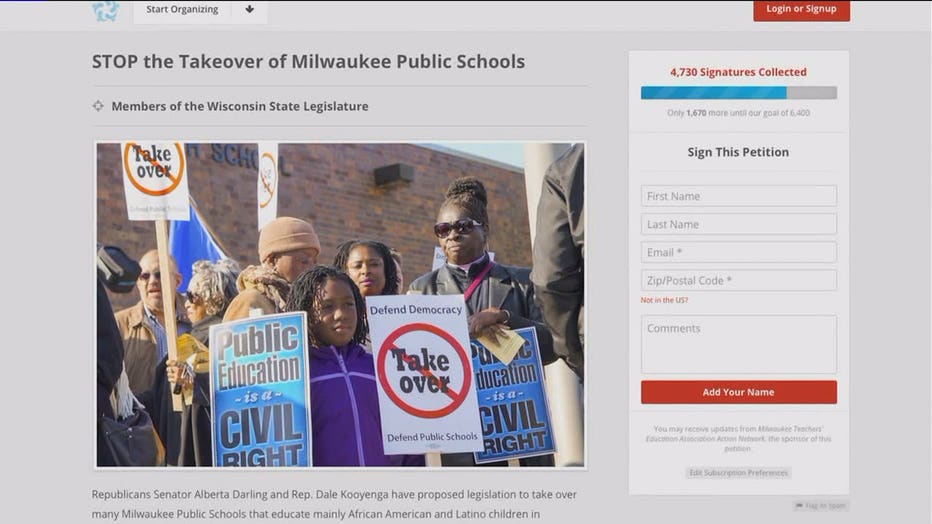 "One thing we`ve learned over time is that shaking up a school in this manner, even when the district does it on their own and they close a school is extremely destabilizing for children and families," Hofsculte said.

Under the proposed plan, Milwaukee County Executive Chris Abele would choose a commissioner to oversee the schools. Abele says this is a responsibility he would accept. He said this in a statement:

"Proponents of this legislation should know the following: I like and respect MPS Superintendent Darienne Driver and would want to work very closely with her; I remain very concerned about the funding flaw that the current voucher system continues to create for MPS; and I believe public money should be directed to open admission schools, not selective admission schools."

But parents like Hofsculte want to stop this proposal before it gets to that point. They're collecting signatures to be delivered to the lawmakers behind the plan -- Senator Alberta Darling (R-River Hills) and Rep. Dale Kooyenga (R-Brookfield).

"Protesters opposing our reforms have stood in front of schools in which not a single child reads proficiently. If you believe that's acceptable, grab a sign and chant. However, if you believe the status quo is unacceptable then let's embrace a new approach."

Those collecting the signatures hope to deliver them Thursday.