WEST ALLIS -- The bagpipers have prepared for this moment before; but this time, it was just before midnight and the musicians were nowhere in sight of one another.

A 30-second countdown in McArthur Square was given aloud; bagpiper Craig Hasting readjusted his mouthpiece on his bagpipe.

Moments before, he turned behind him to the members of the Milwaukee Police Honor Guard. 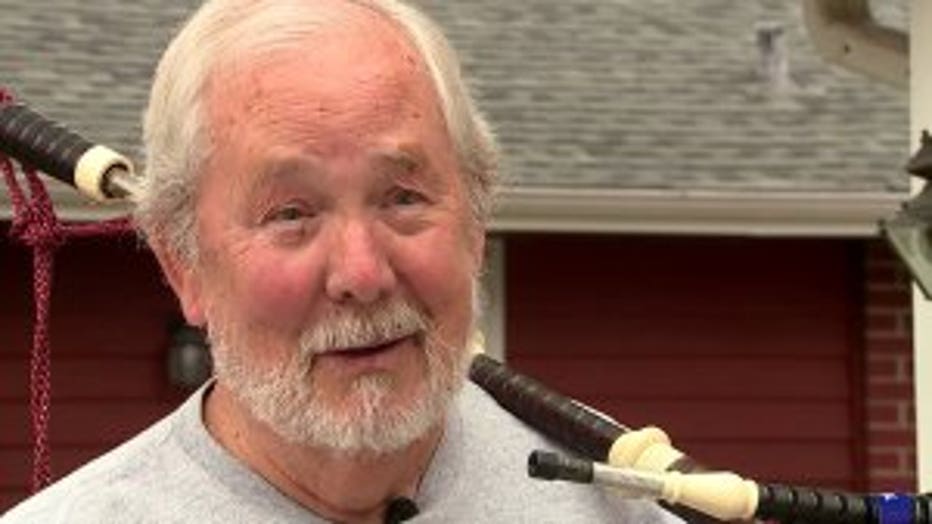 “You understand,” said Hasting. “This is my honor tonight.”

They nodded as Hasting turned back around, as the tent above them shielded them from the rain above. More than fifty people, most from the Milwaukee Police department, gathered under tents or next to their motorcycles.

Hasting saw a hand wave in the distance, signifying it was midnight, and began his version of Amazing Grace, in unison with 15 other bagpipers stationed at police departments across the state.

‘We had to rethink it’

The Greater Milwaukee Fire and Police Pipes and Drums was formed in 2000 made up of many former firefighters and police officers. Many of them have been involved since the group began. But only recently did they become involved with National Police Week.

Every year, officers who have died in the line of duty are honored during a week’s worth of events in Washington D.C. This year, Milwaukee Police Officer Matthew Rittner and Racine Officer John Hetland, would have been honored. While their names were still etched on the Law Enforcement Memorial, many of the other events were held virtually. 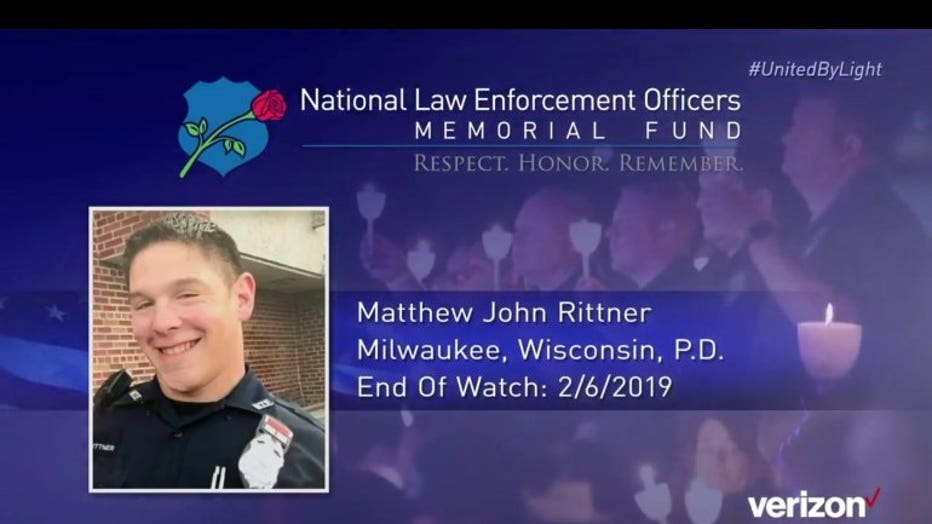 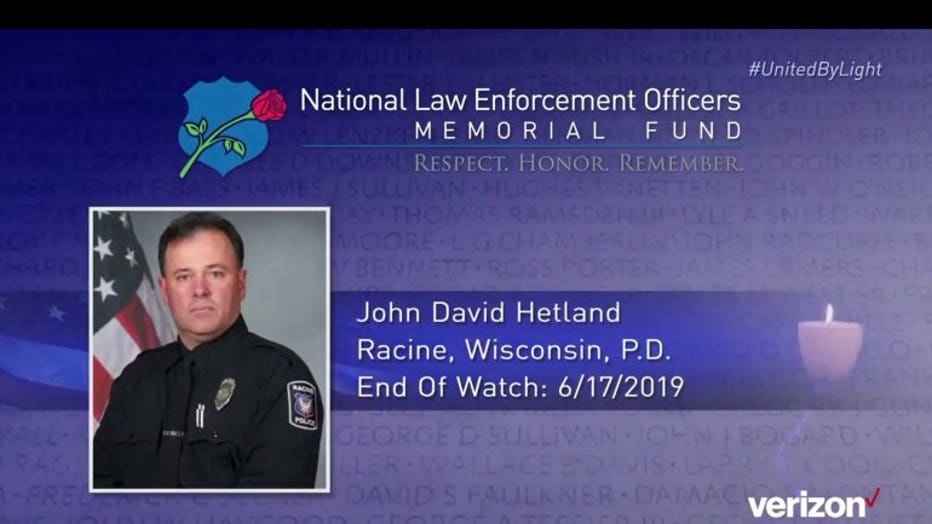 Because the bagpiping group was supposed to attend, the group brainstormed ways to still honor the fallen. They soon realized one important event wasn’t available virtually and wanted to help. 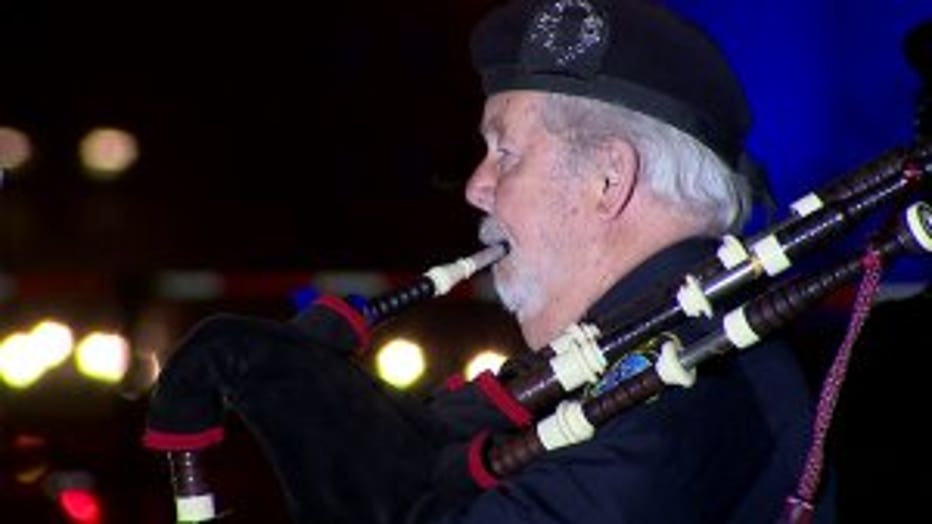 “Some years ago, a piper at midnight walked through the memorial where all the names of the deceased, fallen officers are inscribed,” said Gary Byers, who is a longtime member of the band. “The piper plays several tunes and usually ends with Amazing Grace. We got together and said, why don’t we do that here.”

The group organized bagpipers to play at 15 locations across the state from Madison to Milwaukee and from Coleman to Racine. 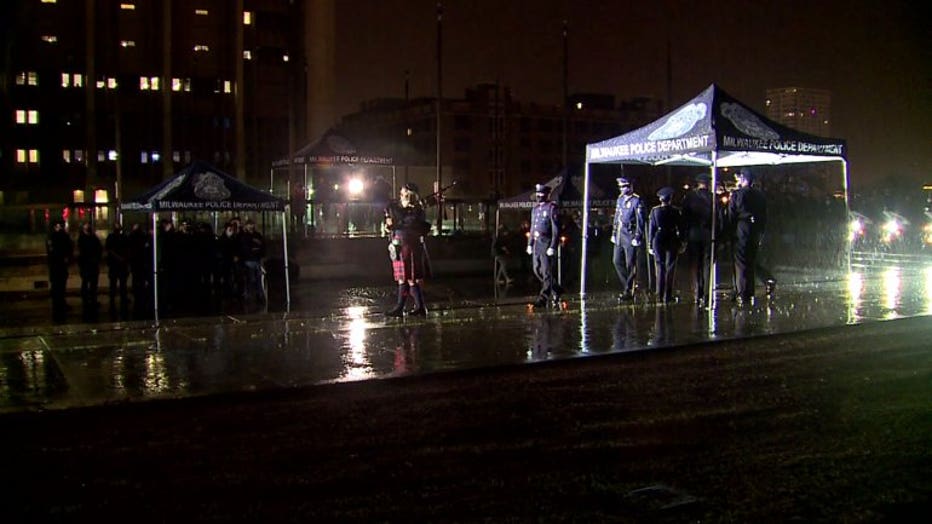 At the stroke of midnight, bagpipers began their tune of Amazing Grace, at locations across Wisconsin. The bagpiper played two verses, followed by a third verse as they walked off. The move signified honor and respect for the officers who have died in the line of duty. 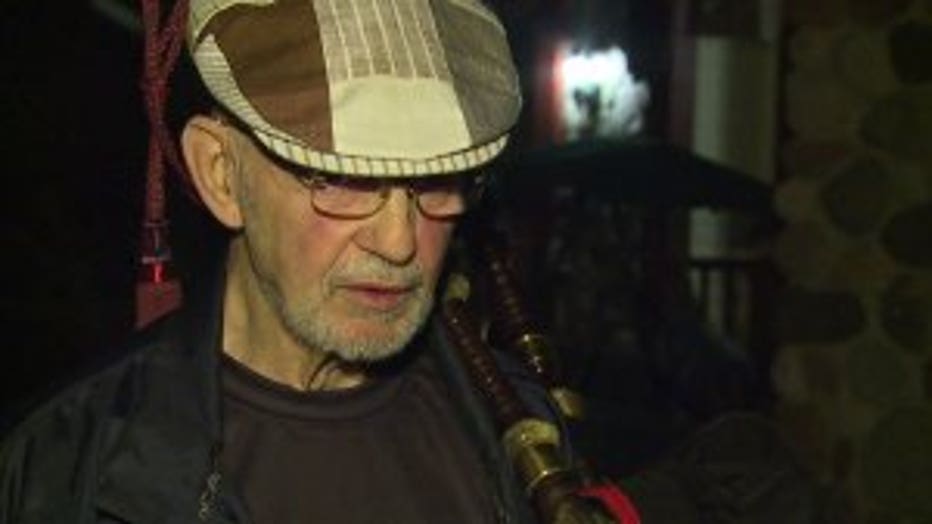 “When a police officer goes down, especially in your own community, whether you’re retired or active, it hurts,” said Byers. “It’s a very meaningful thing.”

The group said it was “their honor” to pay respect for the fallen heroes this year and are eager to get back to Washington D.C. next year.

“From the time I started to the time I retired, we lost 28 officers,” said Hasting. “I see those officers images very clearly for me. It’s an emotional event as well as a musical event.”