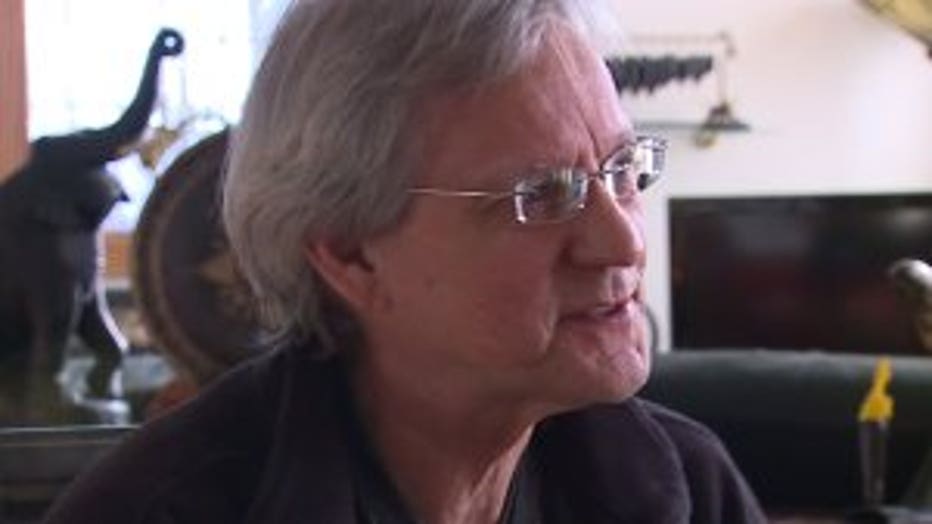 MILWAUKEE -- In a city with a thriving arts scene -- theaters, museums and the world’s largest music festival -- one show and one man are truly one-of-a-kind.

Michael Lorenz is better known by a sound than a name.

“My nickname is 'Ding,'" he explained.

Ding is a man who moves to the beat of his own drums -- hundreds of them.

“Think of a pinball machine," said Lorenz. "And I’m the ball.” 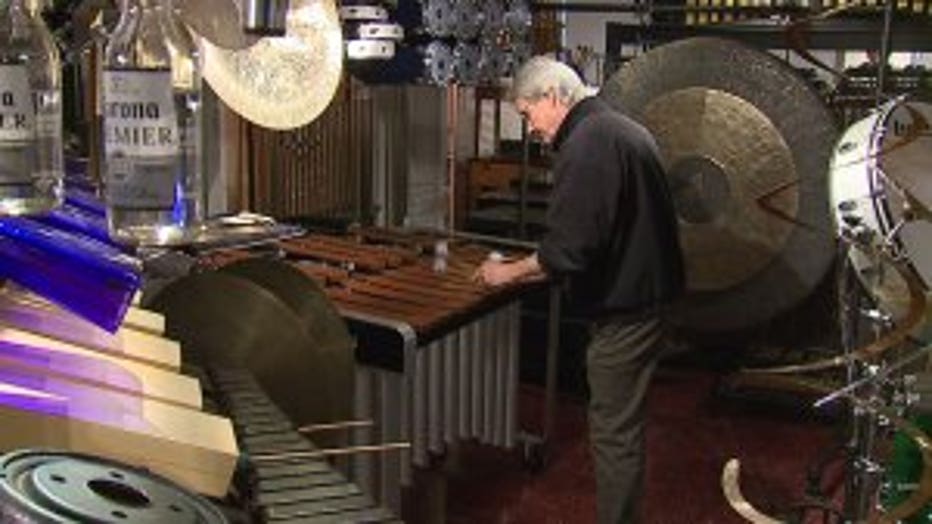 Lorenz is the staff percussionist at Skylight Music Theatre.

“Well, I always kind of prided myself on being the class clown," he joked.

He's also the ringleader of the circus that is "Things That Go Ding!" It's part concert, part vaudeville variety act -- and a way to show off his spectacular collection.

"It’s just kind of the tip of the iceberg," Lorenz said. 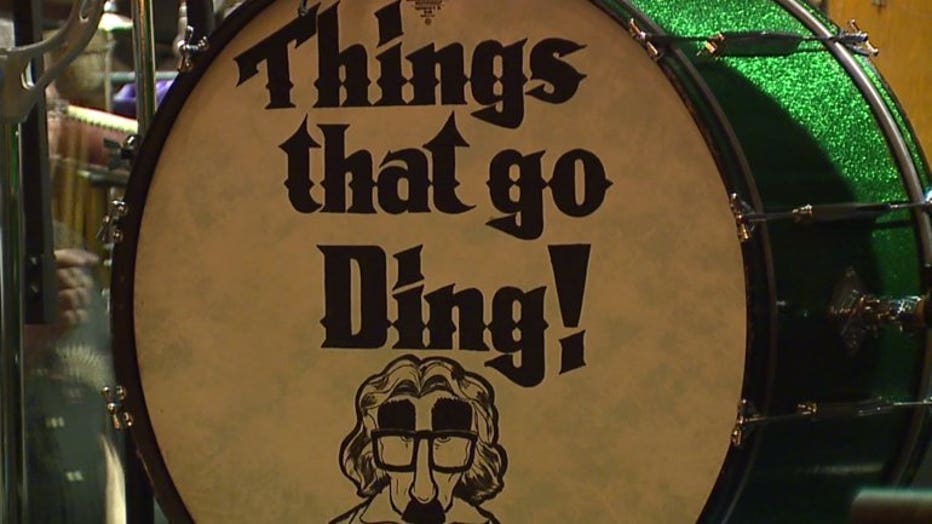 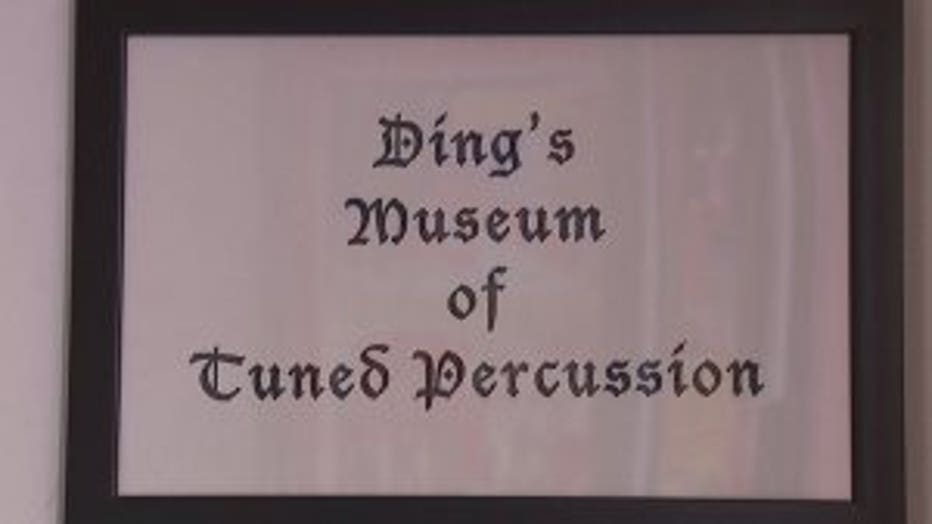 “Which I like to also call the percussion insane asylum," Lorenz said from his living room.

One look at the space and you might assume Ding is off his rhythmic rocker. There are instruments everywhere, including a two-story set of giant chimes. 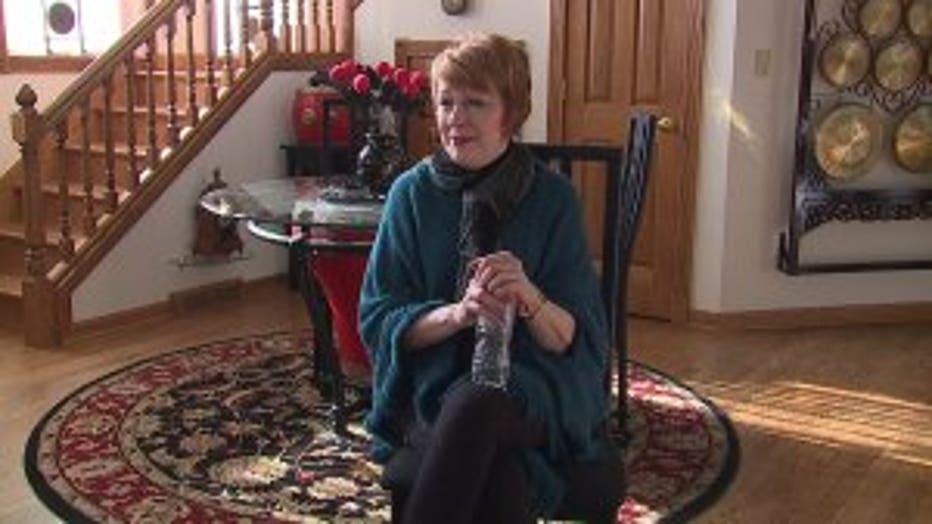 “Yeah, kind of jaw-dropping," said his romantic partner, Carolyn Wehner, who is a professional singer.

Imagine bringing a date back to the place.

"I didn’t want her walking in the place and then go screaming off into the night," said Lorenz, admitting he waited a few dates before showing her his house.

But home is where the heart is, right? And his place is a testament to a lifelong love affair with music and comedy. 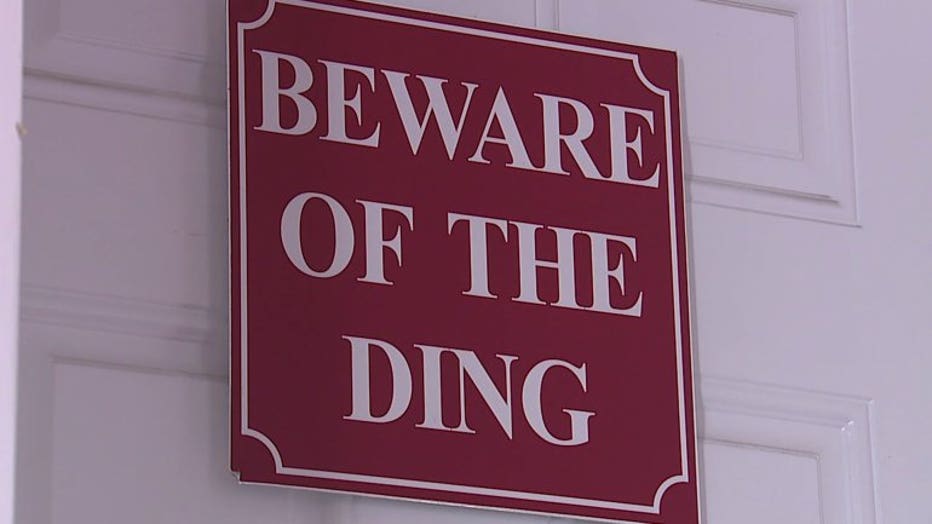 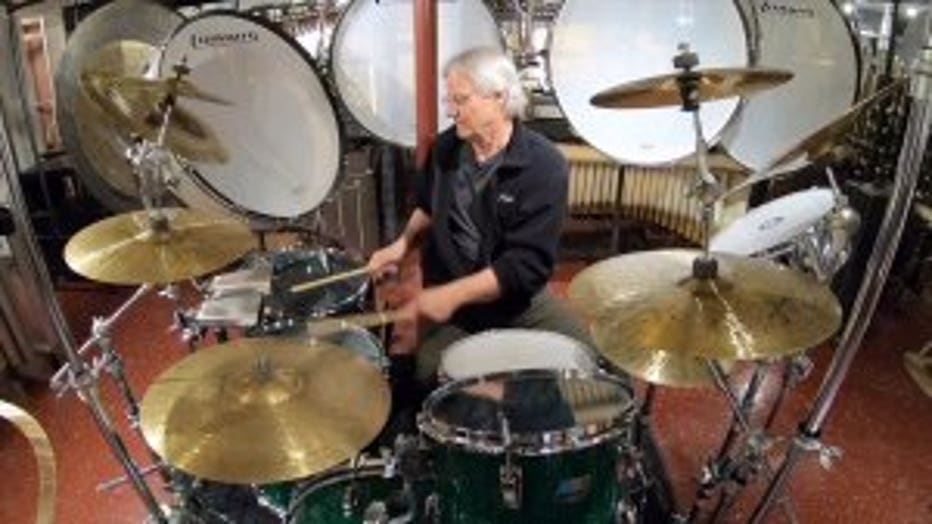 “From the Circus World Museum," said Lorenz, referencing the bouquet on his table. "We have a dozen red noses.”

Lorenz has been cracking jokes and beating drums since he was just a few years old.

“Other drummers will relate," he said, struggling to explain how he first started playing. "It’s inside of you. It’s just something you have to do.”

A career in different bands, tours and productions took him all around the country. 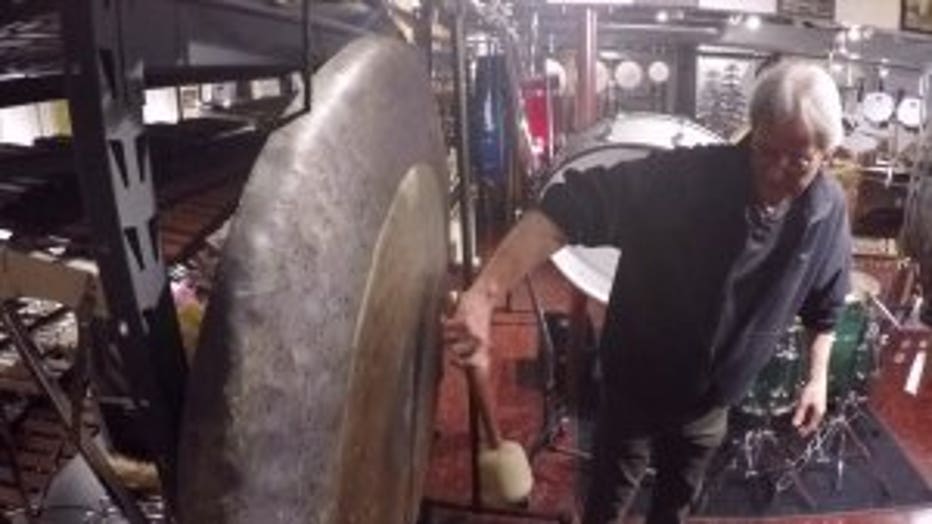 “I just walked into a music store in Cleveland," Lorenz said, remembering one purchase in particular. "And found that big ol’ drum.”

The result is one of the largest private collections of modern and vintage percussion instruments in the world.

“Oh and then the worst," Lorenz said. "The very worst of this whole thing -- eBay came along.” 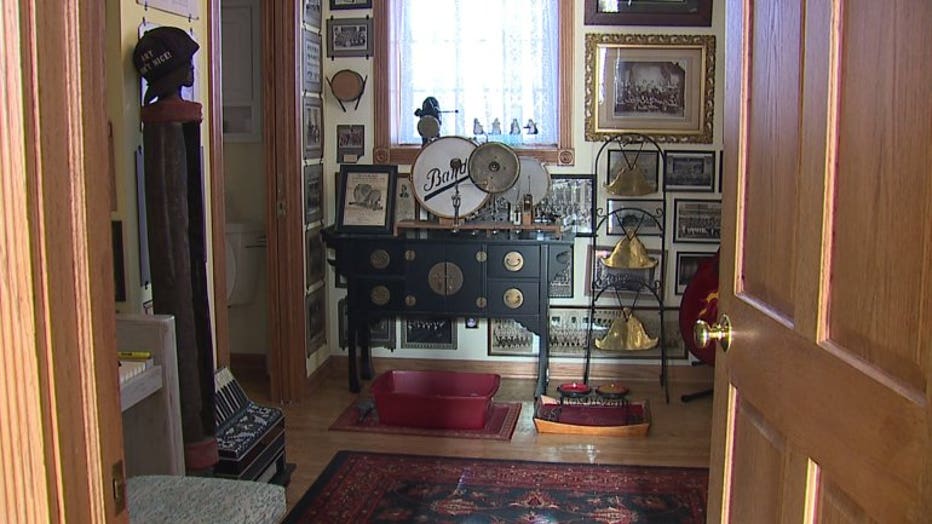 And first and foremost, he’s a musician.

“I don’t really collect instruments," he explained. "I collect sounds.” 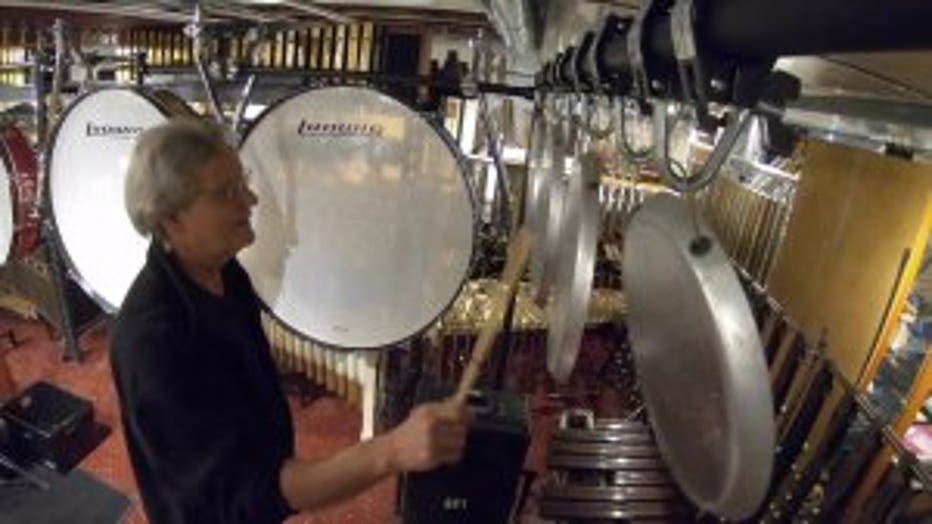 “It was built in 1935," Lorenz said of a marimba at the center of one musical set. "And traveled Europe with a 100-piece marimba orchestra."

Some pieces have character.

Some pieces are reclaimed, recycled and reused -- everything from a brake drum to a fight gong, pizza pans to tortoise shells. And some, as Lorenz played a D and C sharp on a pair of tuned Corona beer bottles, have the simplest explanations of all.

“Why Corona?" he was asked. 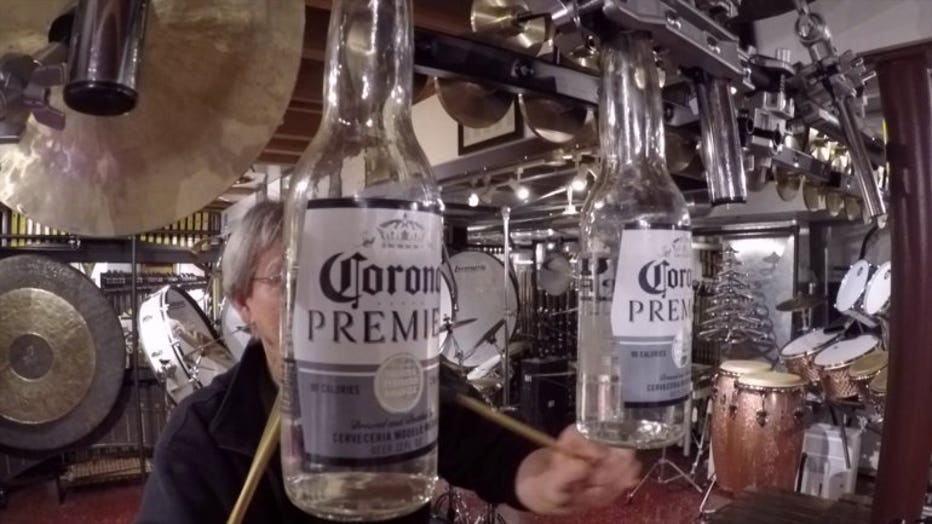 It was at this ­­­house, probably after a few Coronas, where the idea for the show was hatched.

"We try to take a lot of real high-brow music and perform it as best we can, but in a very low-brow manner," said Jamie Johns, the musical director for the national tour of "Phantom of the Opera," who took a break from the tour to play piano and collaborate with his good friend, Lorenz.

First staged in 2009 as a small-scale cabaret, the fourth iteration of the show -- and first he’s done since 2014 -- is taking over Skylight’s premiere space, the Cabot Theatre.

Decades of playing, procuring and perfecting a craft and a collection have built to this crescendo.

"You'll never see anything like this anywhere else again in the world," said Johns.

“I’m in my element," said Lorenz, who called the show the culmination of his career. "I can’t imagine doing anything else.”

Michael "Ding" Lorenz is ready to bring down the house, beat by furious beat.