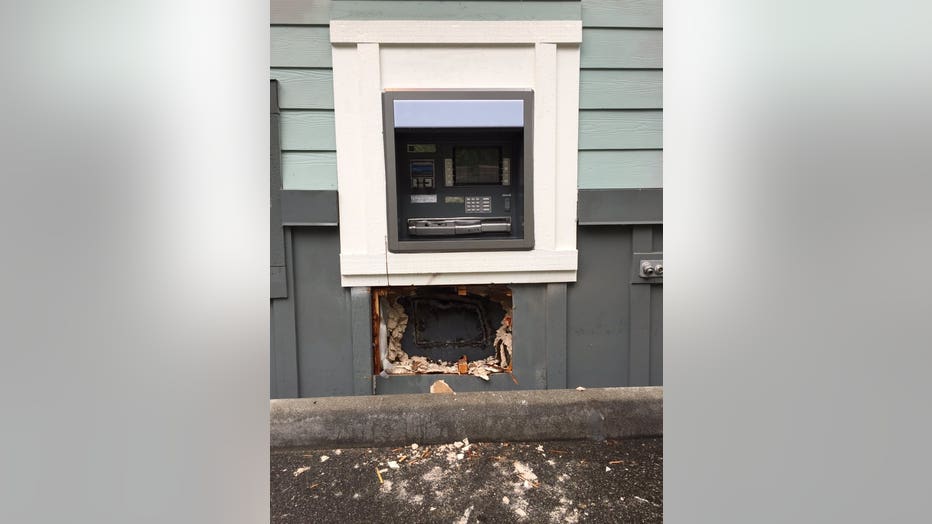 EVERETT, Wash. -- Police in Everett say would-be ATM thieves thwarted their own burglary attempt by setting the cash on fire, according to KCPQ.

Police and firefighters were called Tuesday morning to Coastal Community Bank on 19th Ave SE for the report of a fire. When they arrived, crews found the drive-up ATM had been set on fire.

Aaron Snell with the Everett Police Department said the suspects used a blowtorch to try and access the ATM's cash box. In the process of doing so, they accidentally set the money on fire.

John Dickson, Chief Operations Officers of Coastal Community Bank, said the suspects were not able to get away with any money. He told KCPQ masked men tried to break into the bank's cash deposit box just a few weeks ago.

Dickson bank said the bank will be providing surveillance video of the incident to Everett police.