BERLIN — Thieves broke into Dresden’s Green Vault, one of the world’s oldest museums, early Monday morning, making off with three “priceless” sets of 18th-century jewelry that German officials said would be impossible to sell on the open market.

The treasury of Augustus the Strong of Saxony was established in 1723 and today contains around 4,000 objects of gold, precious stones and other materials on display in Dresden’s Royal Palace.

Authorities said it appeared the thieves had broken open only one glass case containing three sets of Baroque jewelry made up of dozens of gems each.

“This is a bitter day for the cultural heritage of Saxony,” the state’s interior minister, Roland Woeller, told reporters. 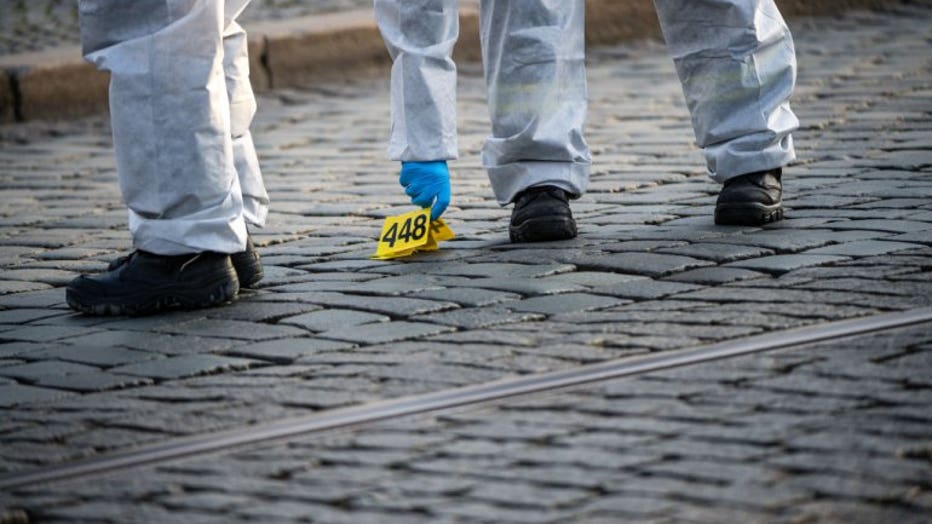 DRESDEN, GERMANY - NOVEMBER 25: Criminal police investigate the environment outside the Residenzschloss palace that houses the Gruenes Gewoelbe (Green Vault) collection of treasures on November 25, 2019 in Dresden, Germany. Thieves, apparently after

He said the thieves “stole cultural treasures of immeasurable worth — that is not only the material worth but also the intangible worth to the state of Saxony, which is impossible to estimate.”

Police are still carrying out forensic exams of the crime scene and museum officials said they have not yet been able to determine whether all the 100-or-so pieces were missing, but that the sets included intricate and dazzling broaches, buttons, buckles and other items.

Green Vault director Dirk Syndram stressed that the collections in the museum have “invaluable cultural value” — particularly their completeness. 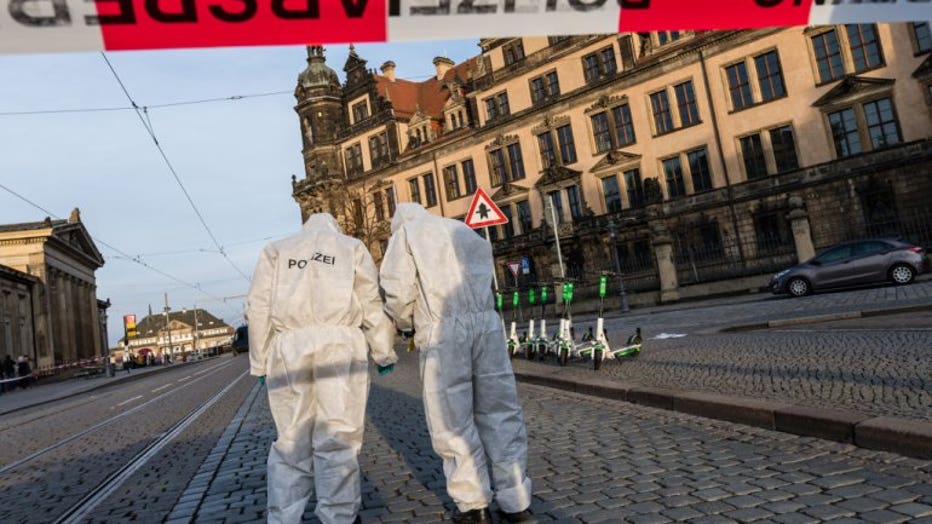 DRESDEN, GERMANY - NOVEMBER 25: Criminal police investigate the environment outside the Residenzschloss palace that houses the Gruenes Gewoelbe (Green Vault) collection of treasures on November 25, 2019 in Dresden, Germany. Thieves, apparently after

“Nowhere in any other collection in Europe have jewels or sets of jewels been preserved in this form and quantity,” he said. “The value is really in the ensemble.”

Police said they were alerted shortly before 5 a.m. by unarmed museum security guards who had spotted two burglars inside the downtown museum on video surveillance cameras.

The first officers arrived on the scene within minutes but the thieves had already fled in a waiting getaway car, which managed to elude immediate attempts to find it in the surrounding area and on the nearby highway, Dresden police chief Joerg Kubiessa told reporters.

“It’s not just the State Art Collections that was robbed, but us Saxons,” Michael Kretschmer, the governor of Saxony, where Dresden is located, tweeted. “One can’t understand the history of Saxony without the Green Vault.”

Investigators are currently looking into whether a fire at an electrical junction box near the museum, which took out the streetlights at the time of the robbery was linked to the crime, said Volker Lange, whose department is leading the probe.

He said the outage affected lights in front of a window through which the thieves gained entrance, somehow getting through bars and safety glass.

Lange said they were also trying to determine whether an unregistered car, found on fire nearby with all four doors open and smelling of gasoline, may have been the getaway car.

Dresden’s State Art Collections director, Marion Ackermann, said it was impossible to estimate the value of the items.

"We cannot give a value because it is impossible to sell,” she said, appealing to the thieves not to break the ensembles into pieces. “The material value doesn’t reflect the historic meaning.”

A special team of investigators has been established to pursue the case, Woeller said.

“We will do everything in our power not only to bring the cultural treasures back, but to capture the perpetrators,” he said.

Exhibition rooms at the museum focus on treasures featuring jewels, ivory, silver and amber among other objects.

One of its most famous and precious treasures, the Dresden Green Diamond, is currently on loan with other valuable pieces to the Metropolitan Museum of Art in New York for an exhibit.

The 41-carat green diamond was acquired by Augustus III, the son of Augustus the Strong, in 1742, according to the museum.

The museum said that at the time of its purchase it cost 400,000 thalers, compared to the 288,000 thalers it cost to build Dresden’s lavish Frauenkirche church at around the same time.