“They`re like bandits!” In the middle of the night, towing company takes cars, shocks drivers with new fees

"They`re like bandits!" In the middle of the night, towing company takes cars, shocks drivers with new fees

MILWAUKEE -- In the middle of the night, cars are disappearing from private parking lots all over Milwaukee. They're not being stolen. They're being towed away. One company is towing far more cars from private property than anyone else. And their bill could leave you with a bad case of sticker shock.

For that price, you could:

Or, you could pay get your car out of the impound.

On a recent Sunday morning, a little after 4:00 a.m., FOX6's hidden cameras recorded a tow truck rolling through the Woodlands -- a sprawling condominium complex near 91st and Brown Deer Road.

"They come exactly when they think people asleep," said Carolyn Trammel, a tenant at the Woodlands.

"They sneak up and get the cars and they back out without anyone even knowing that they are over here," said Markquita Macklin, another Woodlands tenant.

This is the night patrol. And it appears they don't want anyone to know they're coming.

"They literally creep around parking lots with their lights off," said Jimmy Williams, a tenant at another complex patrolled by the same company.

"Like bandits," said Anthony Ward. "Thieves in the night."

One by one, they haul cars back to their storage lot at 37th and Wells. And in the morning, tenants all over Milwaukee wake up to an empty parking space. And a bad case of sticker shock.

The state recently increased the fees towing companies can charge when they tow cars from private lots. And Mike Tarantino is taking full advantage.

"No one's ever happy to get their vehicle towed," Tarantino said.

He is president of Always Towing, one of Milwaukee's largest private towing companies. And one of its most controversial. So controversial that  Always Towing  recently started a new division with a new name -- 24-Hour Towing.

Appropriate for a company whose trucks patrol in the wee hours with their headlights off. 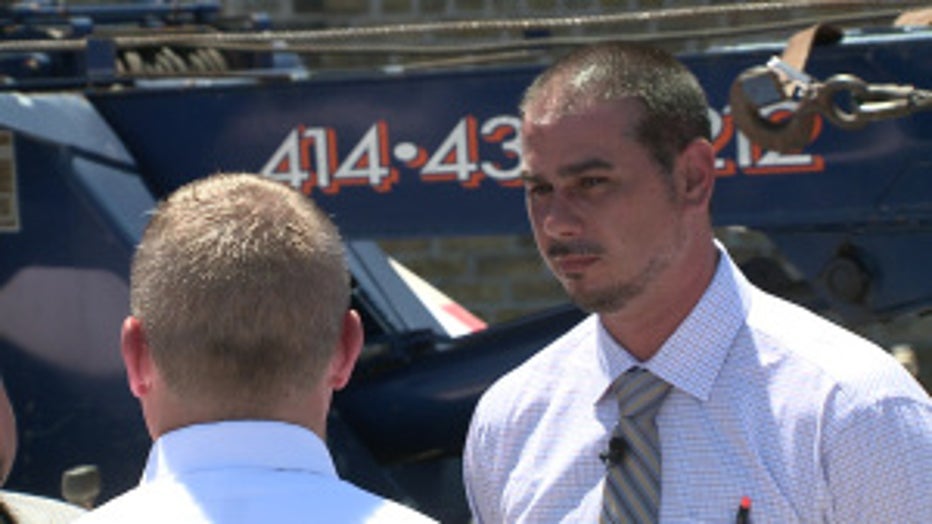 Mike Tarantino, who runs Always Towing, says the fees associated with their tows are justified by the costs they incur for maintaining trucks, training employees and operating sophisticated data management software.

"The idea is to not disturb the tenants that are there," Tarantino said.

It used to be that an unauthorized vehicle had to be ticketed before it could be removed from private property. But a new law that took effect last summer cut police out of the process. Since then, more than 3,000 vehicles have been towed from private property in Milwaukee -- nearly half of them by Always Towing.

"We have a full service parking management program that we offer to the landlords," Tarantino said.

The service is free to landlords who sign a contract, giving Always Towing  virtually unchecked authority to haul away cars -- each tow worth hundreds of dollars in fees. They don't even have to wait for a complaint.

"It's all economics. World goes around with money," Williams said.

Once Always Towing is in charge of parking enforcement, tenants are required to display a parking permit. Failure to do so is automatic grounds for removal. No warnings. 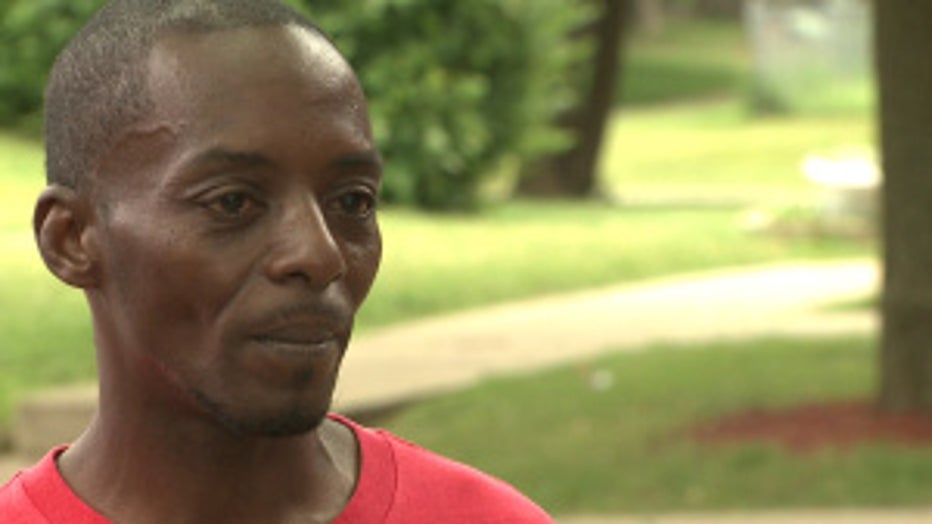 Anthony Ward says it's not fair to charge more than $400 for a vehicle that belongs to a tenant who lives in the complex and is not taking up another person's parking space.

"Give a person a chance," Ward says.

"If they caused the vehicle to be towed by not displaying the permit -- they are liable for the charges,"Tarantino said.

Records obtained by FOX6 News show other towing companies tow more vehicles during the daytime and throughout the week. But Always Towing does most of its work between 9:00 p.m. and 6:00 a.m. on Friday, Saturday and Sunday.

"You have a lot more traffic at night and on the weekends," Tarantino said.

And that creates a real problem for people like Alex Dema.

"I understand. I got towed. Fine," Dema said.

Dema was visiting his girlfriend's apartment on a Saturday night when Always Towing took his car. But when he called to get the car back, he was told he'd have to wait until Monday.

"His exact words were, 'It sounds like you are in a jam,'" Dema said. 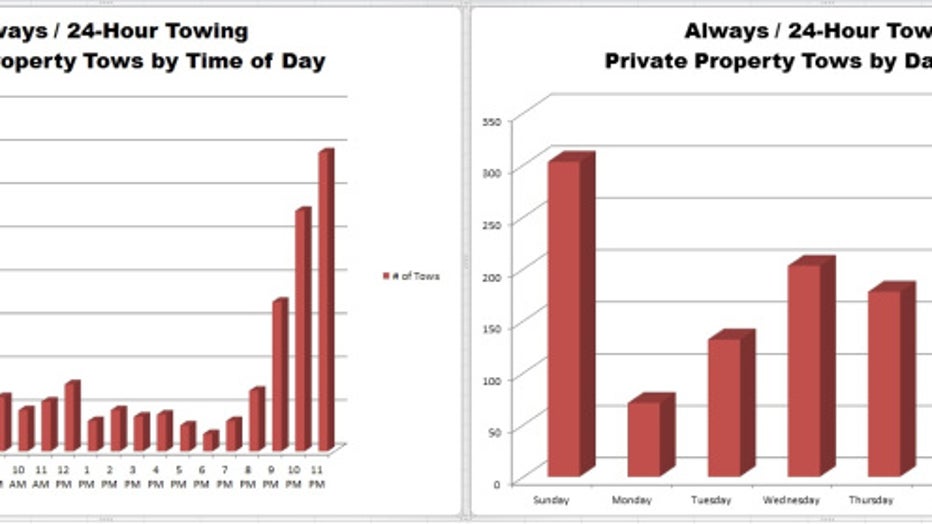 You see, while Always Towing takes vehicles 24 hours a day, you can only pick them up Monday through Friday, and a few hours on Saturday.

"For a towing company to be open seven days a week, 24 hours a day would, again, significantly increase the costs of doing business," Tarantino said.

More tows on the weekend means more money, since state law allows them to charge $30 for every day they keep your car. But it's another recent change by the state that has tenants flooding the FOX6 Investigators with complaints.

Last fall, the Department of Transportation approved Emergency Rule 1425, which set the maximum charge for a private property tow at $120 plus storage and a few other miscellaneous fees, but towing companies convinced the DOT to let them charge more.

On April 30th, the state increased those charges big time with Emergency Rule 1514.

The maximum charge for a tow is now $150 plus another $150 to cover "any other necessary and commercially reasonable charges."

So now, Always Towing includes a $75 administrative fee, a $50 lien processing fee and a $25 gate fee.

"Gate fee? What the heck is a gate fee?" Ward said.

"They have to be escorted to their car, and the vehicle has to be moved within the lot itself," Tarantino said.

All tolled, the new state regulations allow for a maximum fee of $365 plus taxes the moment your car hits the impound lot. The bill often exceeds $400 by Monday morning, because of additional storage fees.

"That is half of what I paid for the car," Trammell said.

Tarantino says they have to maintain 15 trucks, a 10,000 square foot building, specially trained staff, security, and a  sophisticated software system with photographs that document every vehicle they tow.

"All that generates an overhead," Tarantino said.

And he says they're providing property owners a valuable service.

But that's what irks some of these drivers the most.

"It's not like our vehicle is being towed from other people's spots because it is not." Ward said.

"I'm parking in my own spot. I don't take anyone's spot. Ya know?" Williams said.

Many of them live in the apartment complexes where they were towed. In some cases, they were parked in their own assigned parking spot.

Their only offense -- a missing sticker.

"I was authorized to park here and I just don't feel it was fair," Macklin said. 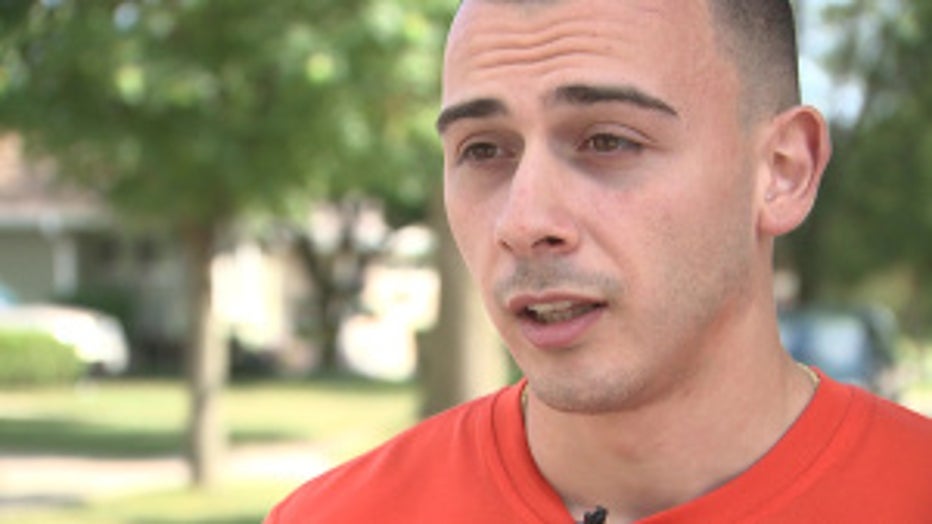 Alex Dema doesn't argue with why he was towed, but is upset that he could not get his car back for two days because it was towed on a Saturday night.

"It is a thing between right and wrong. Morals and values," Ward said.

If there's a moral to this story, consider the parking ticket Jimmy Williams found on his windshield.

FOX6's Bryan Polcyn: "How much does that cost?"

If you're going to park your car in Milwaukee overnight, you might just be better off parking on the street

"I have no problem paying this one. I'll go pay this right now,"  Williams said.

Always Towing says it has more than 5,000 contracted properties to patrol.

FOX6 News tried to reach three of the landlords who have contracts with Always -- The Woodlands, Berrada Properties, and SAC Investments. No one returned our calls.

The state's current fee schedule is temporary, but it could soon become permanent. A public hearing on the current rule was held in Madison earlier this week, and the public comment period officially expired on Friday, July 24th, 2015. However, the Department of Transportation's Office of General Counsel tells FOX6 they will try to incorporate any additional comments they receive in the next few days. But time is of the essence. If you'd like to make a public comment about the fees charged for private property towing in Wisconsin, you can send an email to Jennifer Peters -- Jennifer.Peters@dot.wi.gov