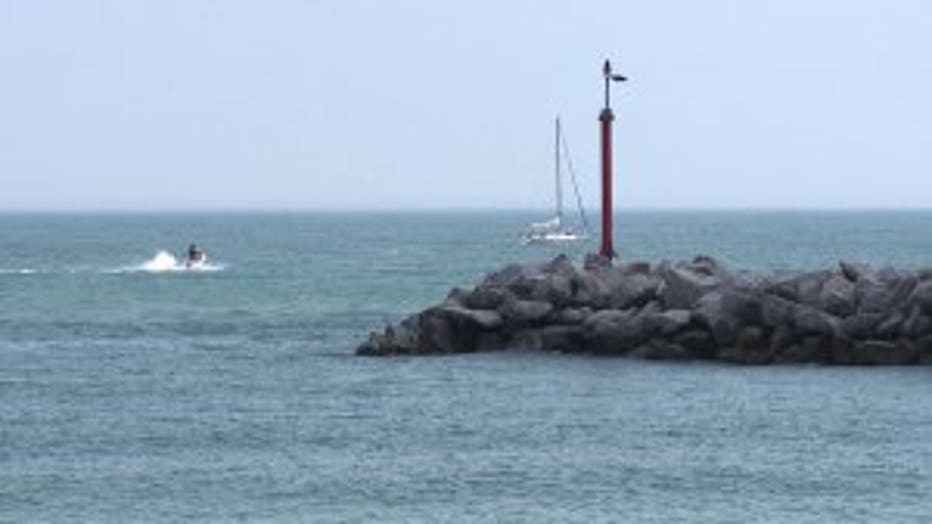 PLEASANT PRAIRIE -- Two people were rescued from Lake Michigan after their boat went airborne and capsized in Pleasant Prairie Saturday morning, July 20. Witnesses who rushed into the water to help say the men are lucky to be alive.

The water just off the shoreline in Pleasant Prairie appears peaceful and calm, but if you look closely, you can see the evidence of Saturday morning's chaos.

"They were both badly hurt. They are lucky to be alive," said Craig Brown, who helped rescue injured boaters.

Sticking out of the water was the back end of the submerged racing boat. 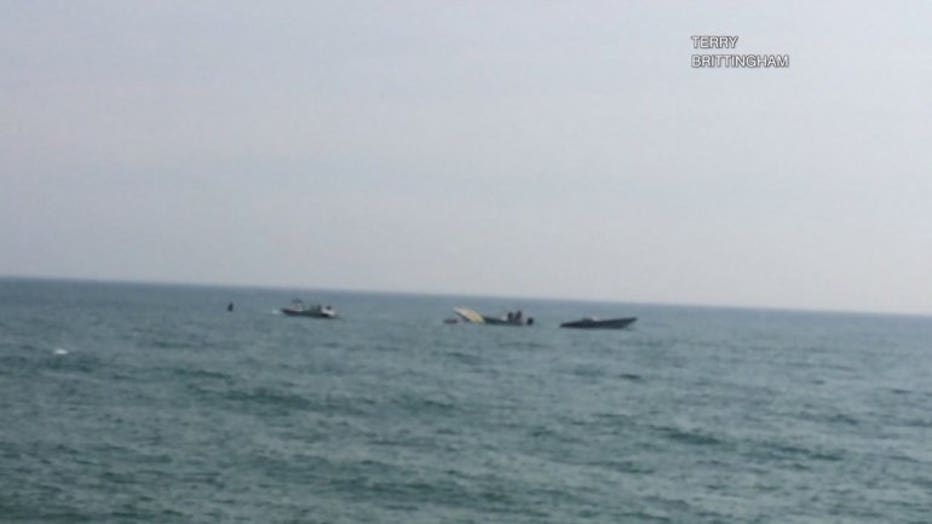 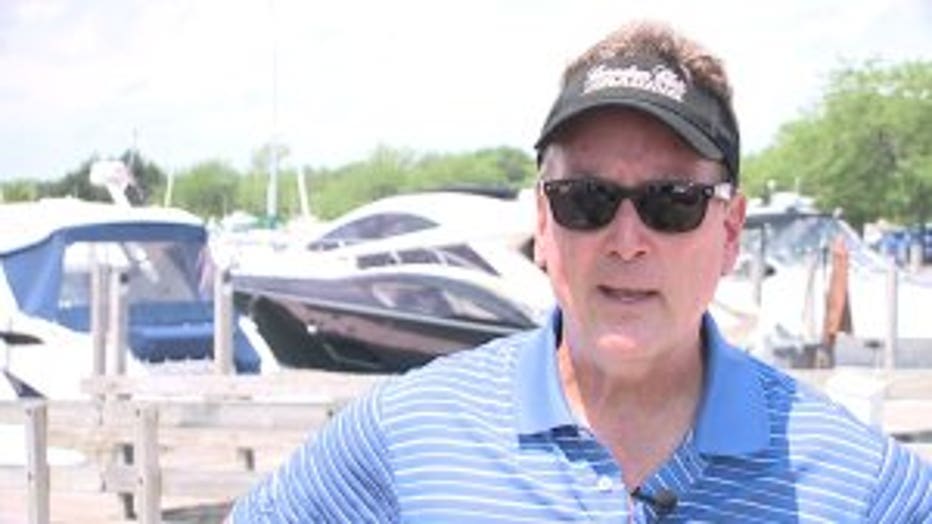 "They were lucky they were this close to land and that someone could see them and get some help out there," said Brown.

Members of the Prairie Harbor Yacht Club were watching from inside the clubhouse when the boat came barreling past, hit a wave and went airborne.

"I saw them ejected. The boat went vertical and flipped up on top of itself," Brown said.

"The boat went completely on top of them," said Terry Brittingham, witness. 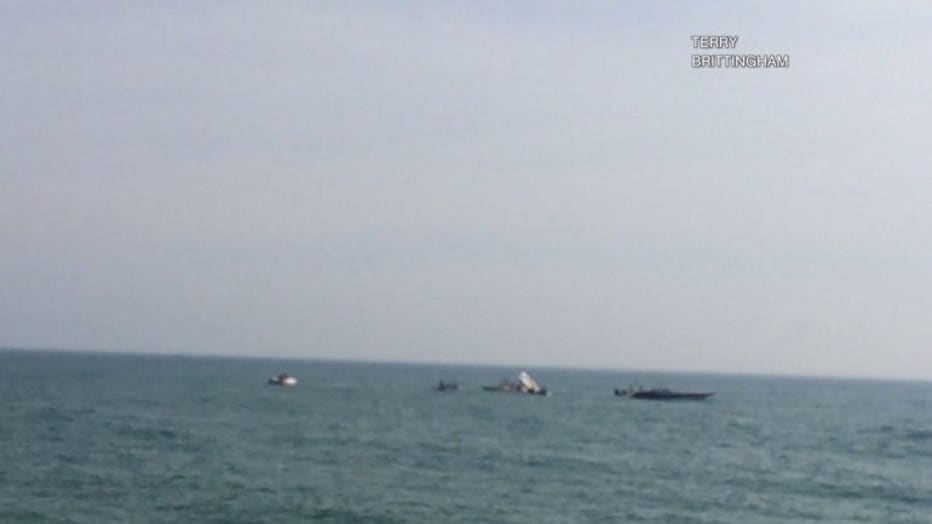 Witnesses captured video from the shore while Craig Brown and others hopped on their jet skis and rushed to help.

"Neither one of them were wearing life vests, so I tossed them life vests which I brought with me. The guy was badly hurt. He has some kind of gash on his stomach," said Brown. 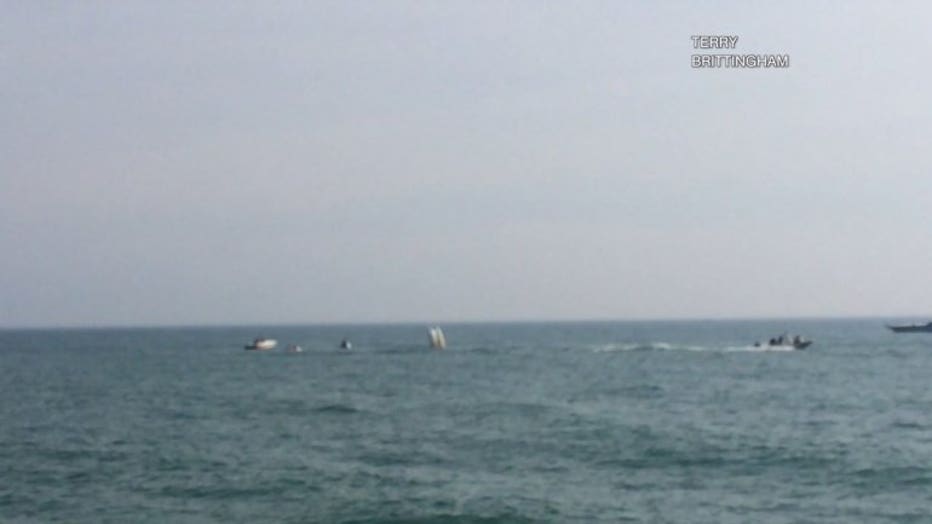 The good Samaritans pulled both men from the water by the time firefighters and the U.S. Coast Guard arrived. Their boat didn't make it out. 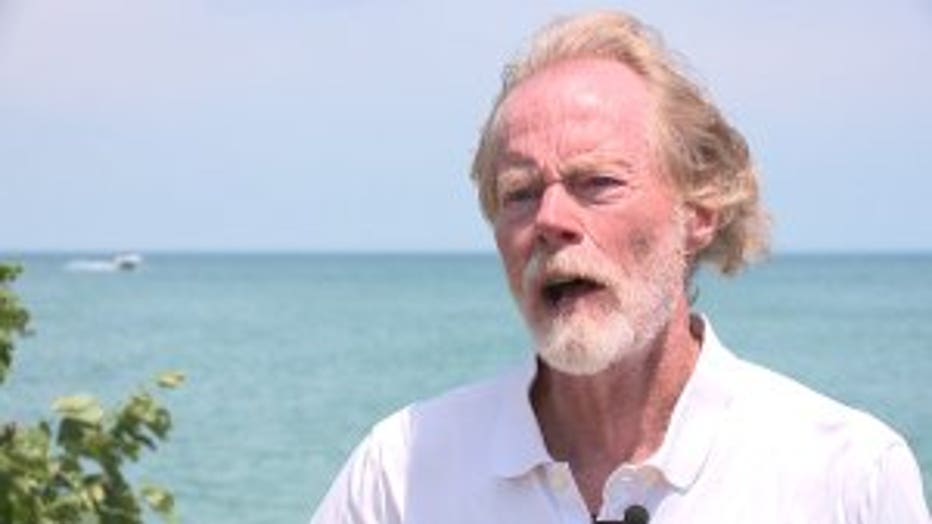 "It's still out there with the tip sticking out," said Brittingham.

Firefighters took the victims to the hospital but would not comment on their injuries. Rescuers say the men are lucky.

"If they were further offshore, like five to six miles offshore, no one would have seen them out there," said Brown.

Investigators have not released the victims' names. It's not clear when the boat will be removed from the water. 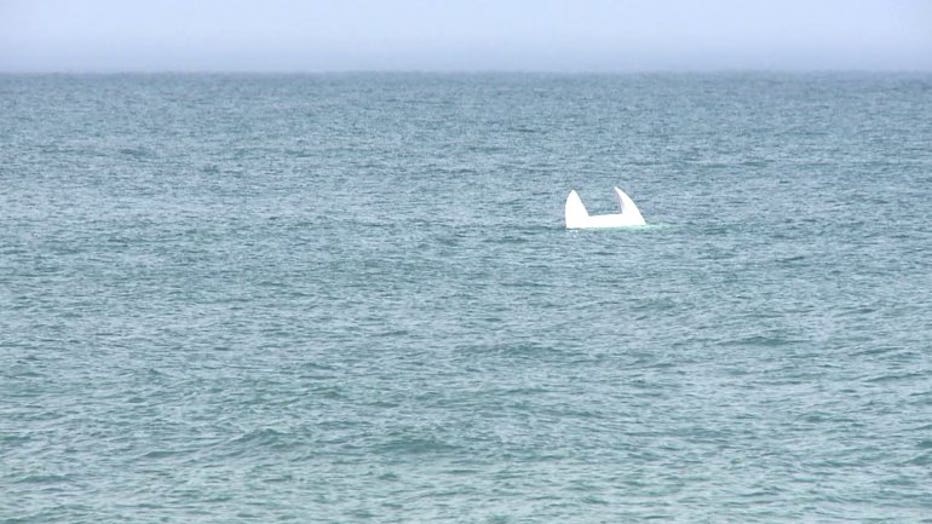