OCONOMOWOC -- It was a wild scene in downtown Oconomowoc on Saturday, December 9th. A horse drawn carriage collided with two vehicles near South Main Street and Wisconsin Avenue. Witnesses say, it was just a matter of seconds before people ran to help.

"You just don't expect to see something like that," said Emily Mamerow, manager at Bella Gusto Italian Market & Deli.

It is not the way Emily Mamerow thought her afternoon would turn out. 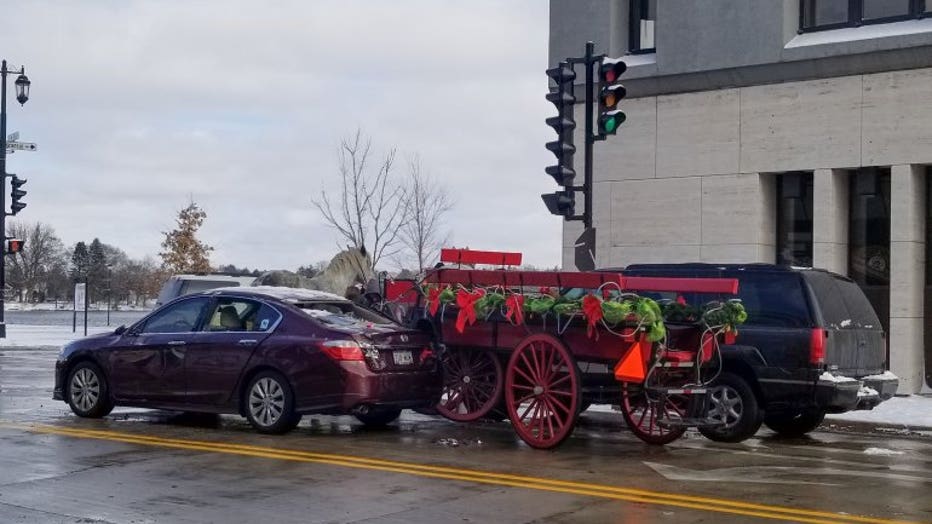 "I was expecting to walk out to a car accident, not an accident involving two Percheron massive horses and a car," said Mamerow.

Shortly after 11:00 a.m., two horses and carriage collided with two vehicles near the intersection.

**WARNING: Images may be disturbing to some viewers** 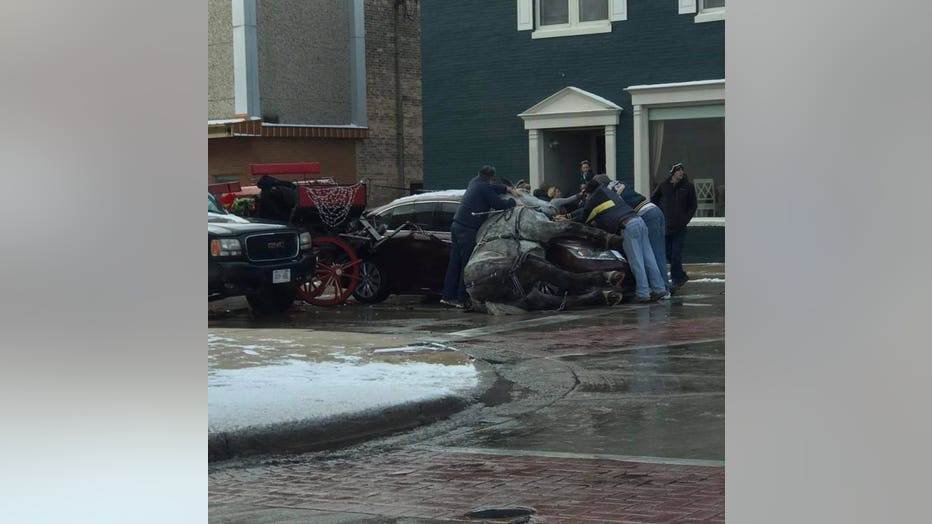 Police say eight people were on the carriage at the time, and several people were in the cars but no one was seriously injured. 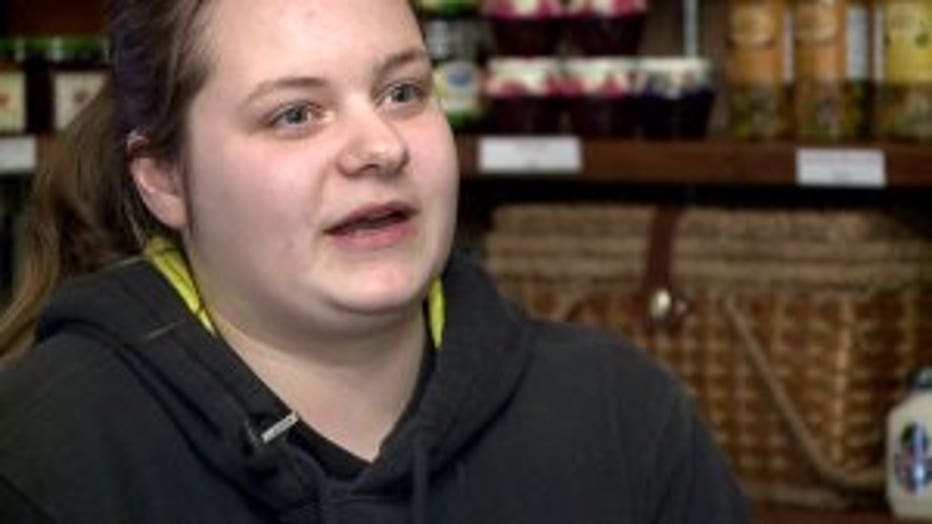 "You would imagine something like that, with such large animals someone would've gotten hurt. I just think it was truly a miracle," said Mamerow.

Mamerow and Hansen, helped the people involved and offered them warmth inside the deli.

"Just trying to help out any way I could," Mamerow said.

Fifteen people were checked out for injuries, but no one was seriously hurt. We are told the horses are OK, and only suffered minor cuts.