CEDARBURG -- If you know your classic movies, you know that stories that include both a banjo and a river don't end well for paddlers. At Cedarburg's Boy Scout Park on Sunday, September 18th, there was a deliverance from dark times -- and a return to characters that make us happy. 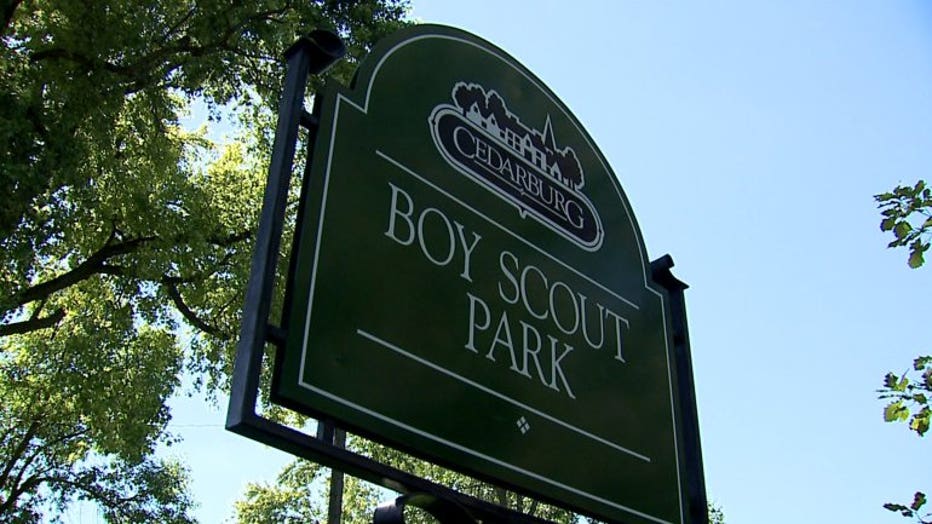 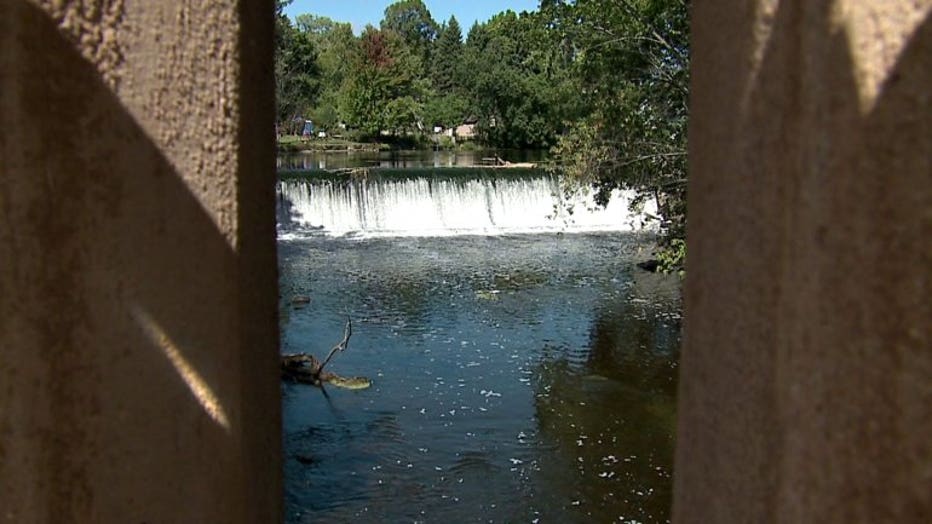 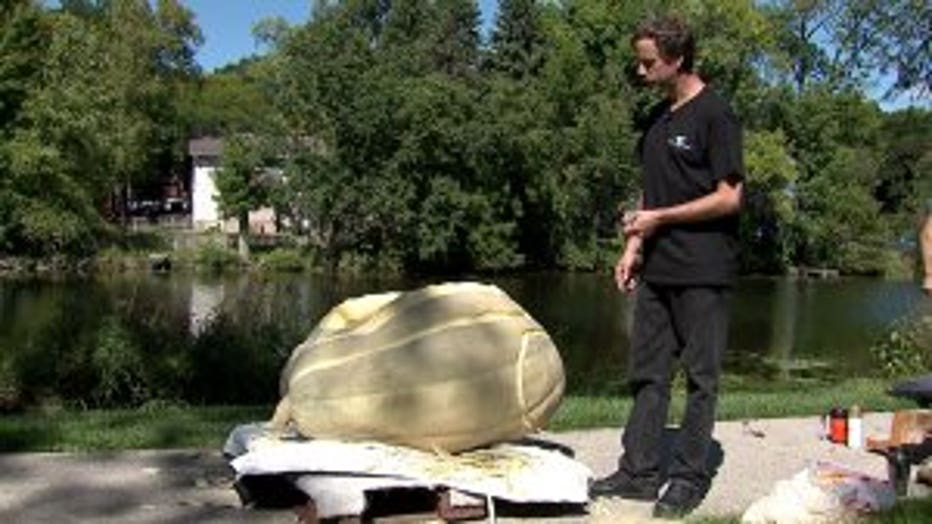 "I was torn between Snoopy and the Teenage Mutant Ninja Turtles -- and I think the turtle won. I think it actually works. It's sort of a deformed gourd," Dave Slagle said.

Slagle came home from New York to visit family, and was immediately put to work -- given the seemingly impossible task of turning an 800-pound pumpkin into something not only pretty, but seaworthy.

"And without a hole, because if it does, it's gonna be hard to paddle," Slagle said. 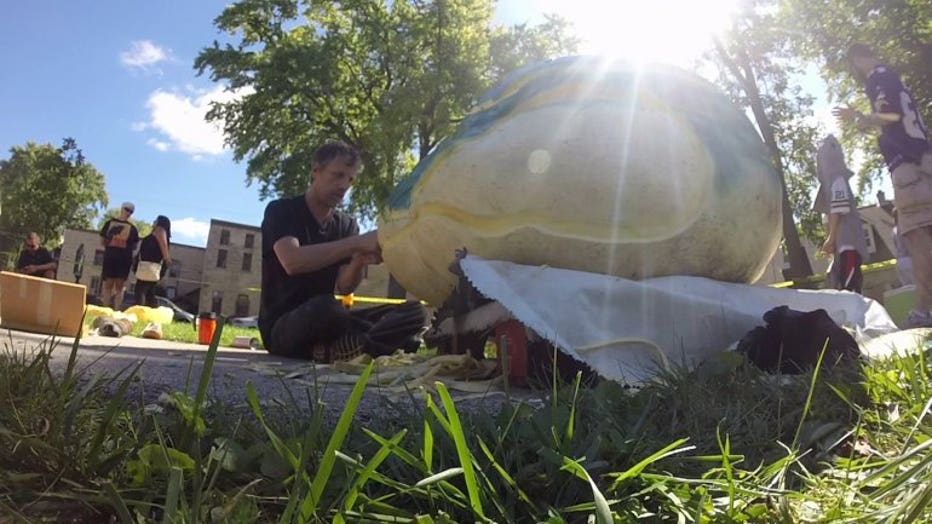 Not that he'd be the one paddling. His brother would skipper this gutted gourd.

Just feet away, his nemesis, Steve Sievers, tried to turn another overweight pumpkin into a sleek kayak. 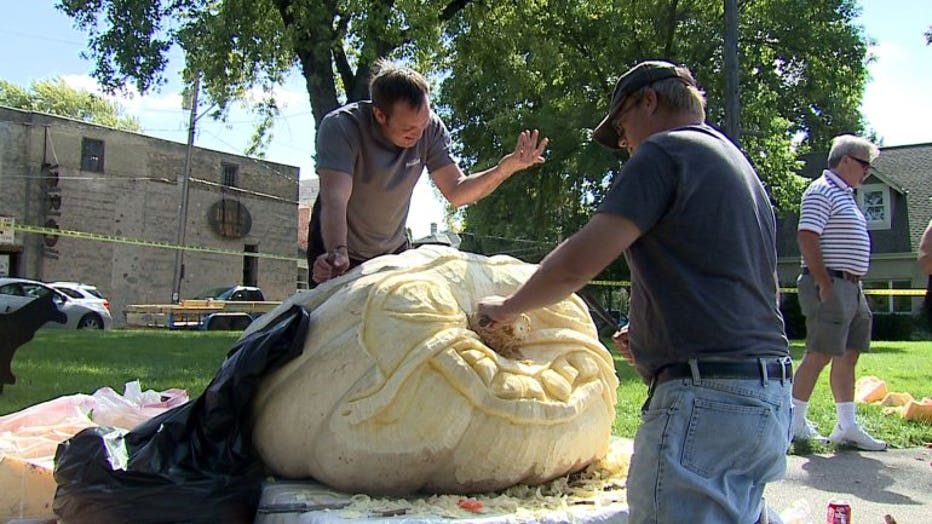 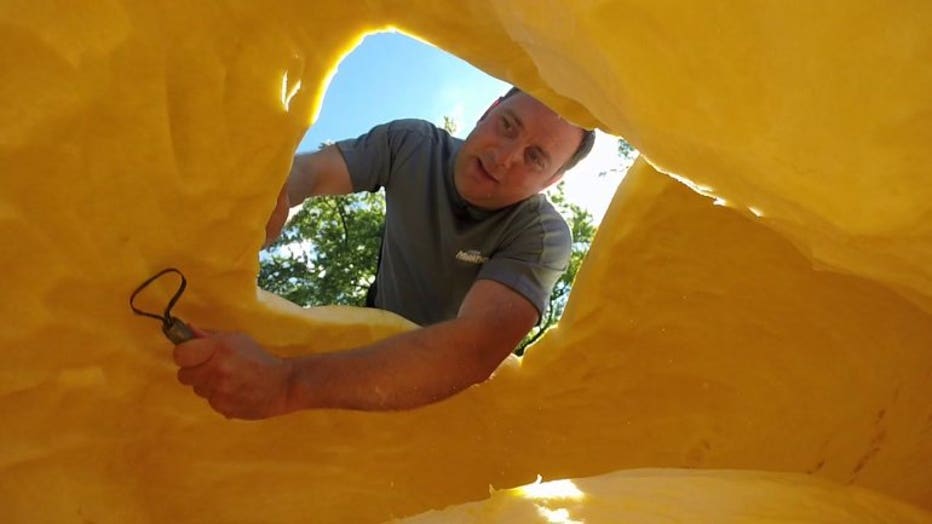 "I'm trying to thin out the pumpkin as much as I can to lighten it up. The lighter the better, as far as I'm concerned, because I've got to paddle it," Sievers said. 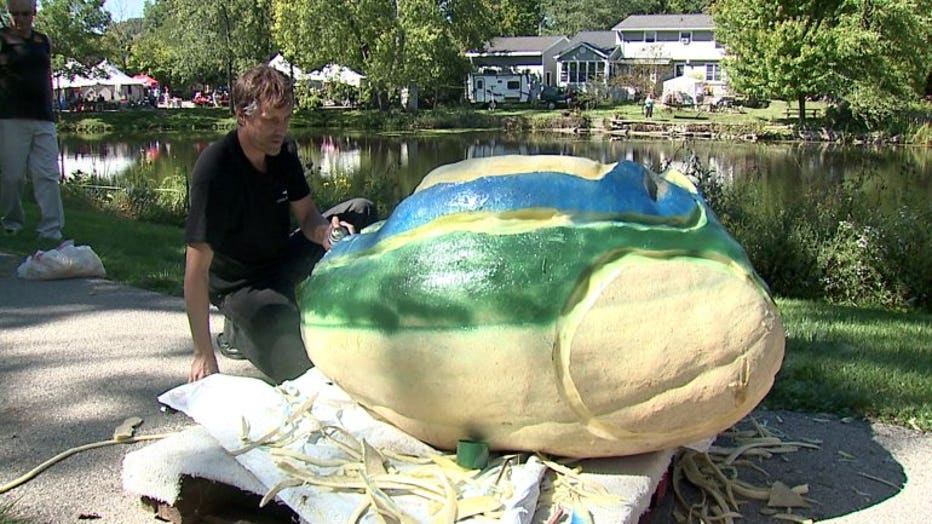 The "Giant Pumpkin Regatta" involves local restaurants sponsoring a crew to navigate the mighty Cedar Creek for nothing more than a charitable donation and bragging rights.

So if you're getting into a hallowed out, overweight piece of fruit and hoping it floats, do you really want to do it for a restaurant called The Anvil?

"The goal is to go out to buoy and back," an organizer said.

"I'm hoping for a close race!" a spectator said. 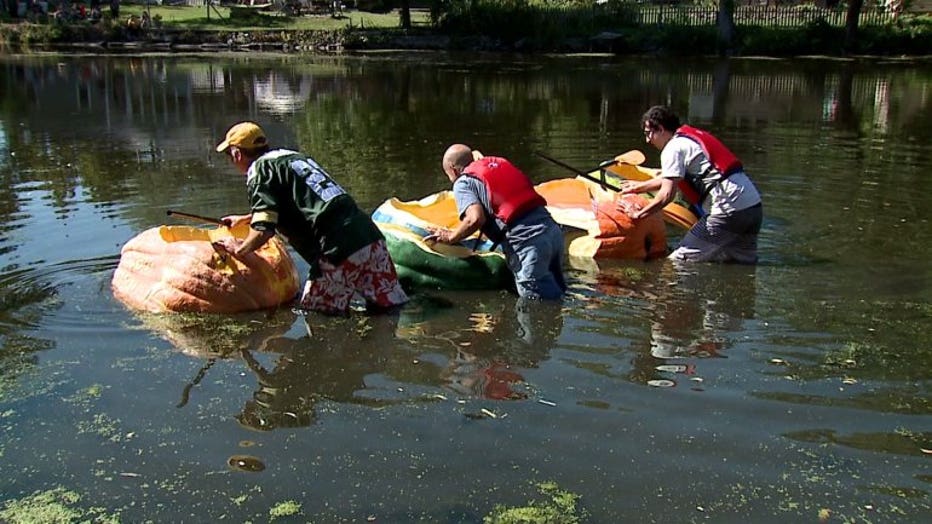 There was no wagering here, and no need for oddsmakers when the whole thing was odd enough! It was a quirky event we need more of these days.

But the rooting factions? They were strong. 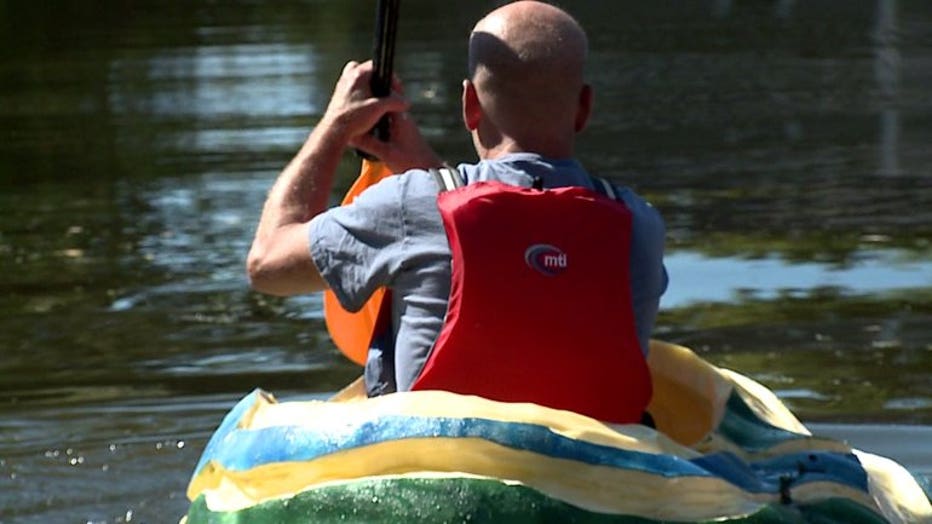 The Slagle boys apparently know their stuff. The Ninja Turtle came in first place -- a fifth win with Jim Slagle at the helm.

"I'm getting too old for this," Slagle said.

Right behind him was Steve Sievers. 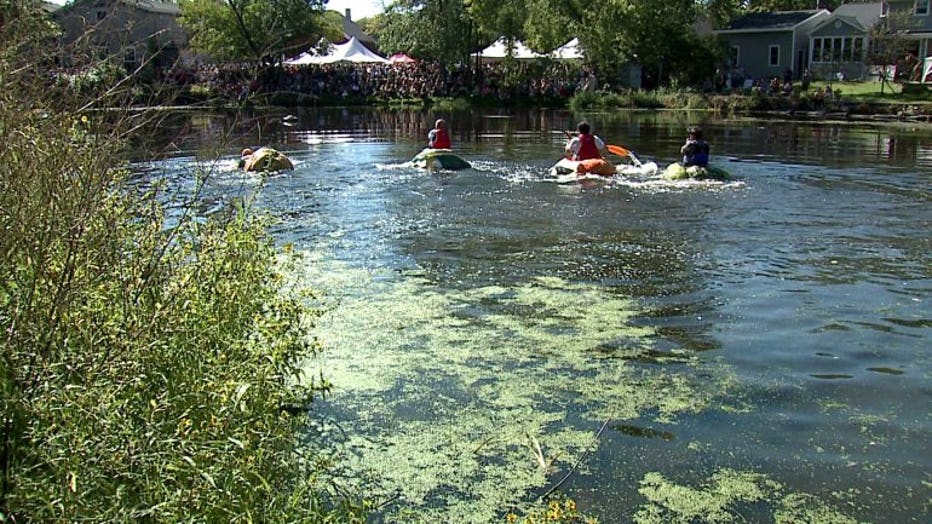 "They get heavier each year! I'm just glad I finished," Sievers said. 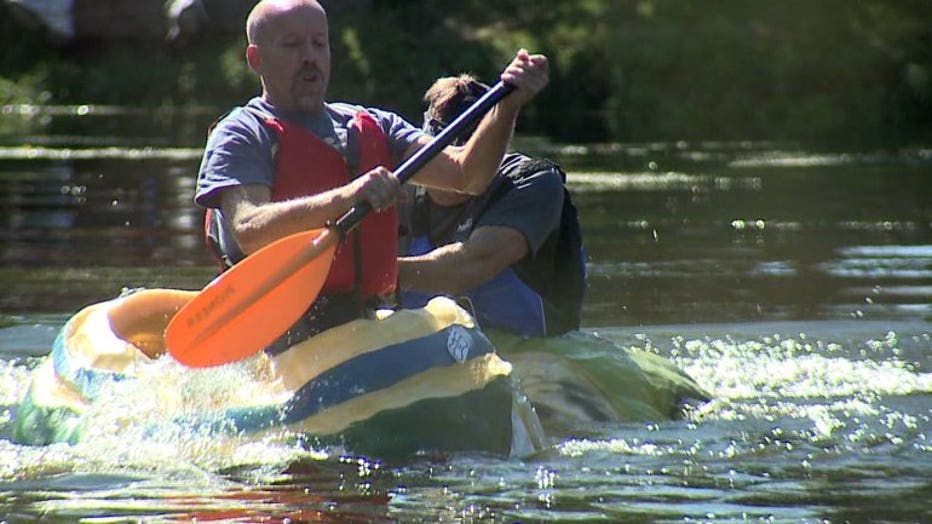 The "Giant Pumpkin Regatta" didn't last long -- but the memories won't be squashed. This, after all, was the best kind of pulp fiction.