Children clean up community after unrest

Children clean up community after unrest

MILWAUKEE -- Ten police officers and one firefighter were hurt when fires were set in the neighborhood near 40th Street and Lloyd Street Tuesday, June 23 -- unrest sparked by a case involving two missing teenagers. During the unrest, three people were shot and wounded following an initial report of shots fired Tuesday morning. A day later, steps were already being taken to help heal the neighborhood -- with members of the community heading there to clean up debris and trash left behind.

FOX6's cameras captured people out in the neighborhood all day cleaning -- some from churches, and others families and individuals who wanted to take it upon themselves to help. Some of the first people we saw were also among the youngest -- sharing their thoughts on what happened in the neighborhood and how to move forward. 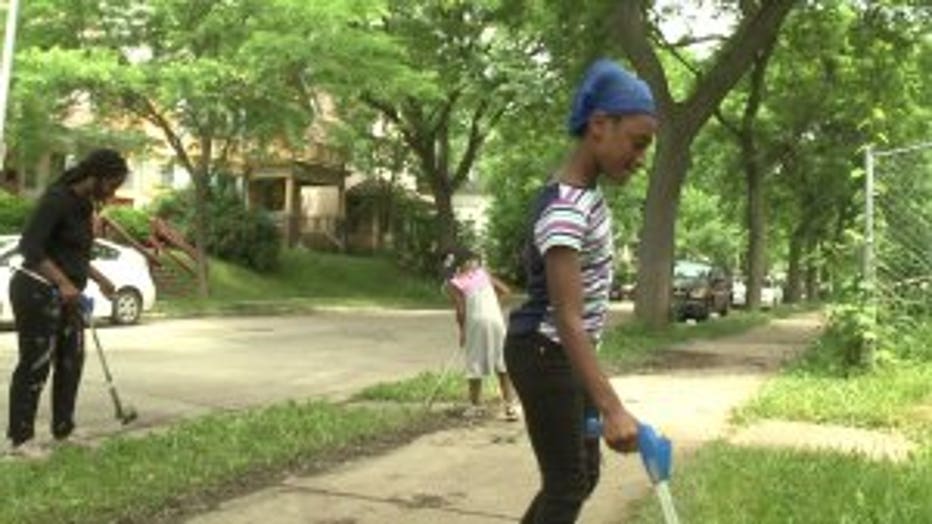 "It makes me feel good because we are helping," said Brielle Batchelor. "We are helping one another."

Brielle and her siblings, Jayanni, Armani and Aria said they were frustrated seeing the violence Tuesday near 40th and Lloyd.

"Why? They didn't have to burn down the house even though they were mad and frustrated," said Jayanni Batchelor. "That's violence -- and fires and guns are never the answer to anything."

Milwaukee police said Tuesday morning, they were called to a home in the area where a group attempted to enter to search for two missing girls, ages 13 and 15. Shots were eventually exchanged between residents of the home and the group. Amid the investigation Tuesday, the crowd grew, and police said bricks and concrete were thrown at officers. Eventually, a couch, vehicle and home were set on fire. Fire to the home was reignited late Tuesday. One firefighter and seven officers were hurt, and three people sustained gunshot wounds amid all the chaos. Police said the girls were found and both denied being at the home near 40th and Lloyd. Police added there's no evidence to substantiate claims human trafficking occurred there. 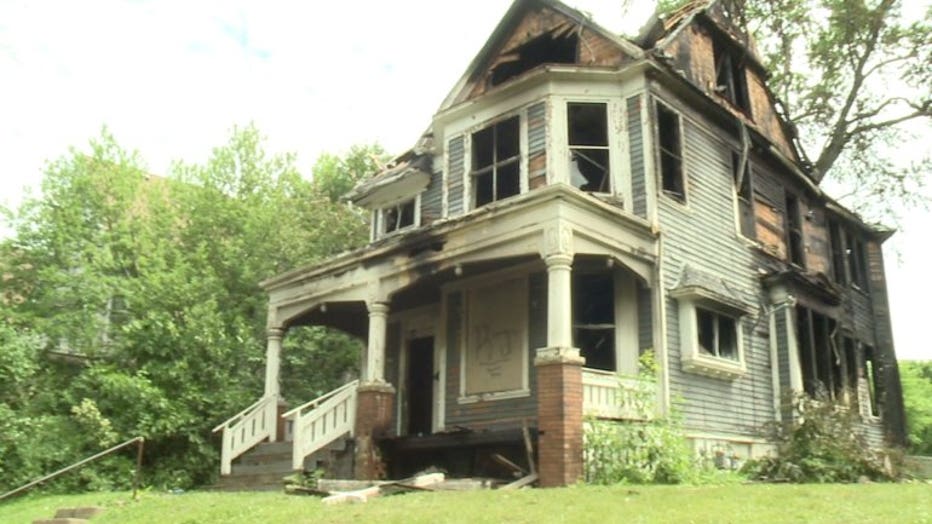 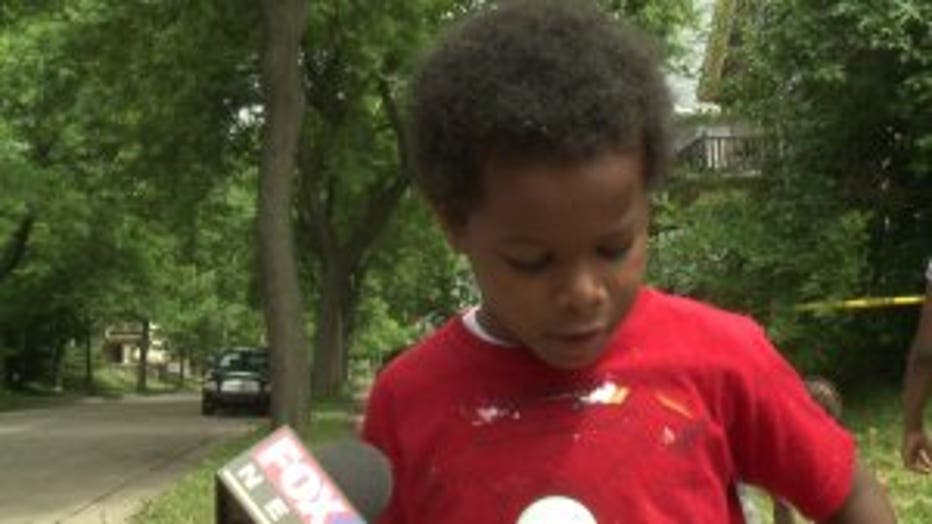 The young siblings said they decided they wanted to do something.

"We want to clean up," said Armani Batchelor. "We want to help the community."

Along with their mother, they spoke about the complexities surrounding racism.

"It's getting more dangerous every day for us to come out here and protest like we want to," said Jayanni Batchelor.

They picked up shingles, trash and other debris littering the neighborhood, including glass from shattered windows. 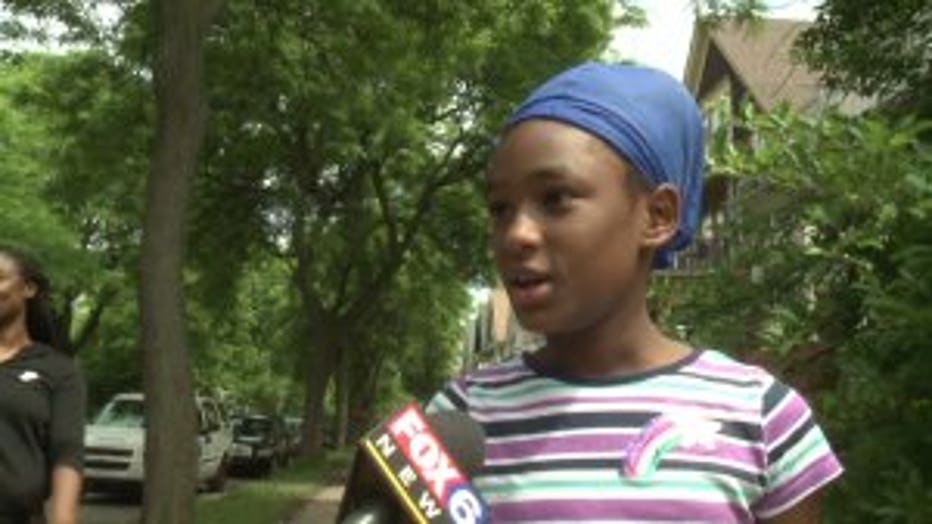 "I'm disappointed to know that people are doing these type of things because at first, it started off peaceful, and now, they're doing more dangerous stuff, and we want to be a part of it, but we can't because it's too dangerous for us to go out there," said Jayanni Batchelor.

For now, they said this is how they can contribute -- hoping for a brighter tomorrow. 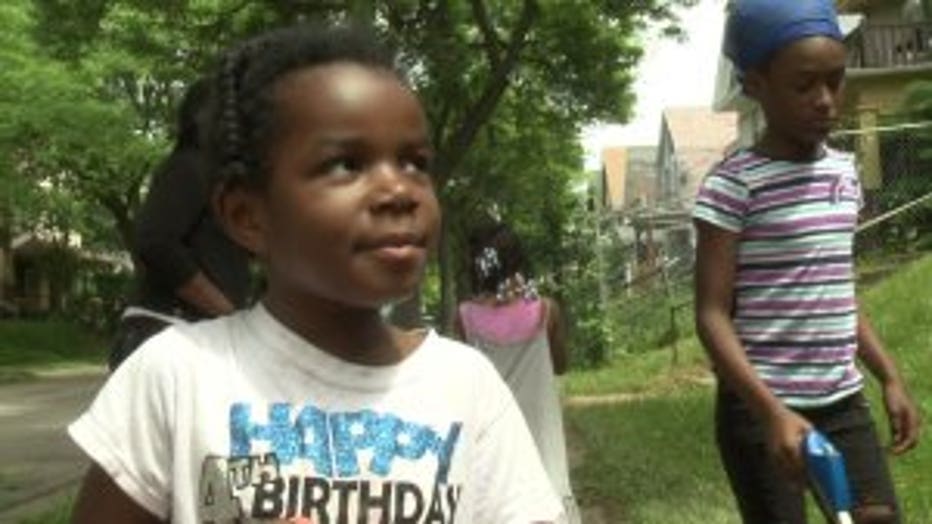 "We should all be treated equally," said Armani Batchelor.

"We love our future, and we don't want to mess it up," said Brielle Batchelor.  "We want to help other people with their lives and we want to keep us healthy."

In addition to cleaning up, church groups went door-to-door in the neighborhood to check on residents to see if there's anything they need, or anything they can do to help. Neighbors came out to thank those who showed up to help.