MILWAUKEE -- There was a time when Jim Turk didn’t need the cane or the glasses.

“I have Type-1 diabetes," Turk said. "I was actually fully-sighted until I was 28 years old.”

Before the world around him faded into a dark and frightening place.

“When I started losing my sight," Turk, who now has prosthetic eyes, said. "I kind of started getting nervous and leery just about going outside.” 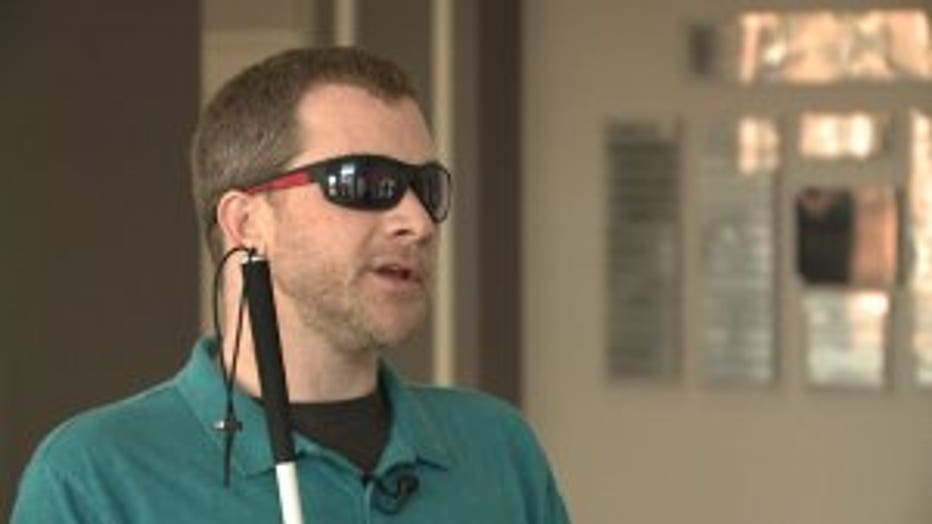 But Turk chose to fight those fears by learning how to defend himself. He’s a blue belt in Brazilian jiu-jitsu, and certified in 1Touch Self-Defense, a system specifically designed for the blind.

“We have to learn to control somebody," Turk said. "And control the situation if they’re trying to attack us, rather than fleeing.”

Turk lives in Madison, but travels around the country teaching self-defense classes to people who feel like he once did.

“If I’m in my home, I’m safe," Milwaukee resident Ava Forney, who also lost her sight to complications of diabetes said. "But when I go out, there’s too many things that I can’t see.” 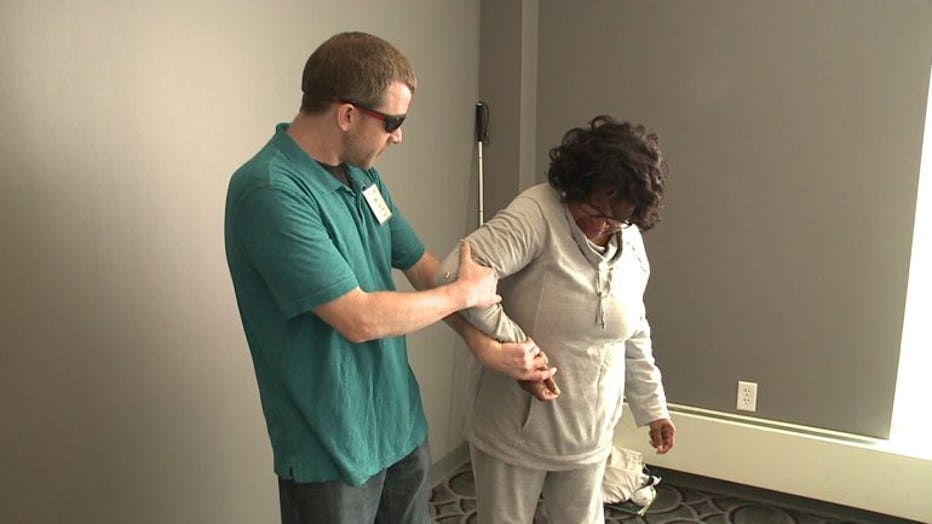 Common self-defense tactics involve delivering a quick blow and running away. That doesn’t work when you’re blind, so Turk teaches a variety of joint locks and wrist grabs.

“When you start learning the techniques and learning what to do once you’re in close and get a hold of somebody," Turk said. "It’s actually a lot safer place to be than backing up and letting the person swing at you.” 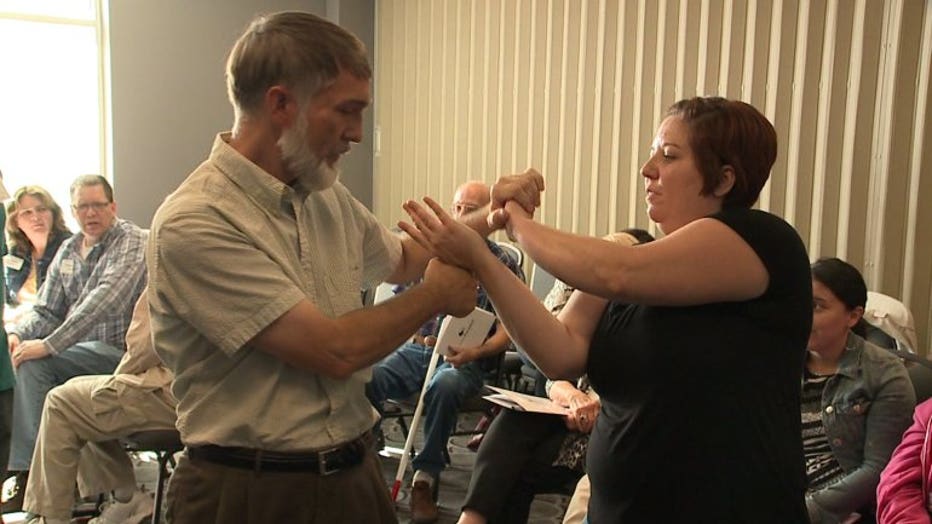 Turk was one of a number of presenters at Friday’s Vision Connections conference in Milwaukee, hosted by Vision Forward at the Italian Community Center.

“This can be a first step for them to get the help and the support they need," Vision Forward Executive Director Terri Davis said. "So that they can lead independent and fulfilling lives.” 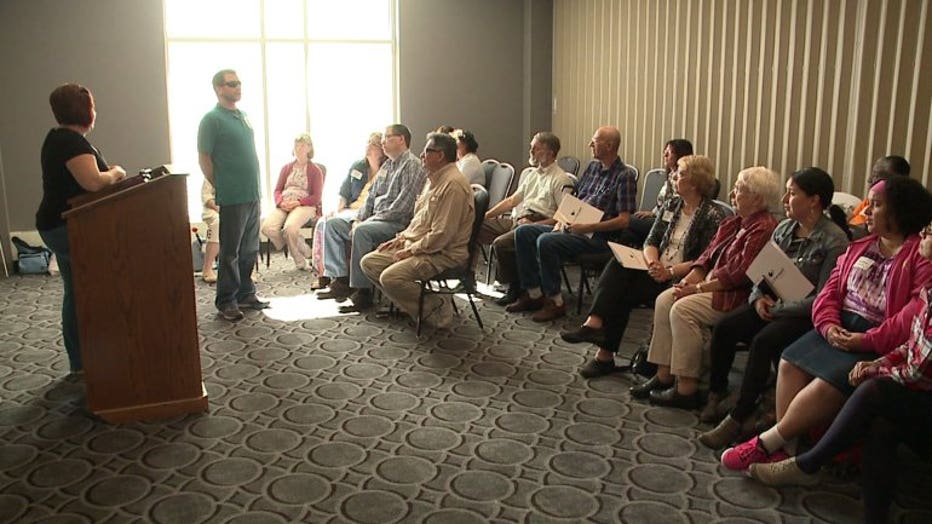 By learning to embrace the outside world, instead of fearing it.

“I want that confidence of knowing that I can go out," Forney said. "I can go to the store, I can go to a doctor’s office. And if something happens, I can take care of myself to the best of my ability.” 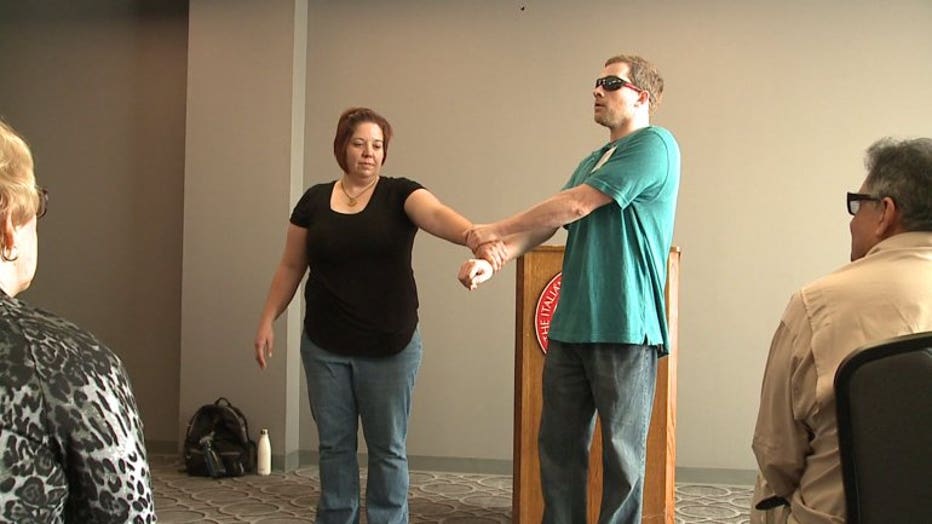 An ability that’s now enhanced thanks to Jim Turk.