Glendale police on the hunt for scrap copper thieves

Glendale police on the hunt for scrap copper thieves

GLENDALE (WITI) -- Police say these thieves are small in number, but they pull a lot of jobs. A Glendale copper heist was over in just minutes, but it only took an instant for police to capture a clue.

In a Glendale alley, police say a lot more was left behind than a few frayed wires and two empty platforms. Thieves were after copper. 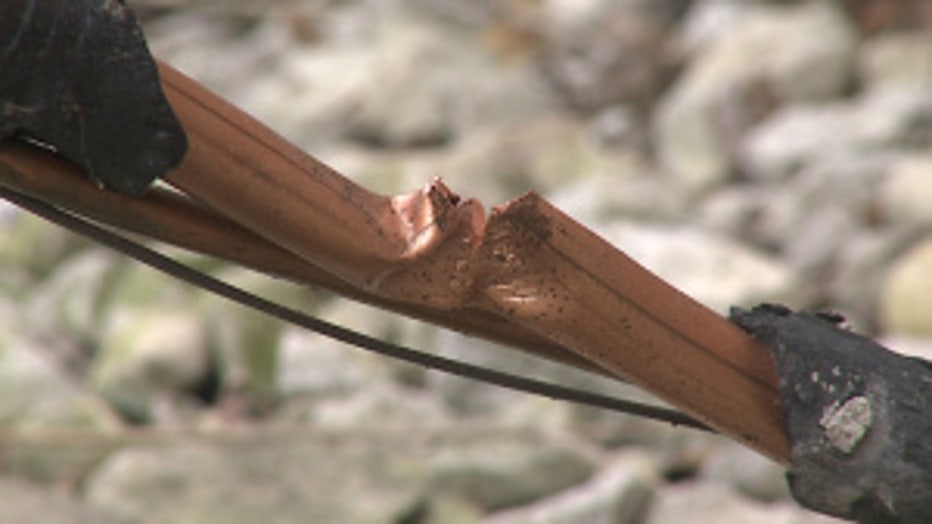 "They usually don't just steal one or two of these and that's it for the summer. They are opportunists and they continue to do it," said Glendale Police Officer Joel Dhein.

Scrap copper is worth money -- about two dollars a pound right now. A few people stole it -- and in this case, machines made with it.

The thieves were in and out in minutes. Of course, it only takes a second to snap a picture.

The images below were taken from a surveillance camera directly above the now-stolen air conditioners.

The camera was hiding in plain sight. The suspects didn't notice or didn't care. When the wires were cut, it set off an alarm -- and a neighbor called police. But the men were already done -- and so was the damage.

"It's such a damage to the business. They do tens of thousands of dollars a lot of time," said Dhein.

The crooks might pocket $100 for the scrap copper. Now Officer Dhein is shopping around another figure.

If you have any information about these crimes, you are urged to call North Shore Crime Stoppers at 414-962-4258. You can remain anonymous.