LOS ANGELES (WITI) — It appeared to be a legitimate notice from a government agency demanding money. But it was a scam that targeted more than 100,000 small business owners.

Small business owners received a note claiming to be from the Labor Compliance Office ordering them to pay $275.

With a state seal and a warning saying 'failure to comply could lead to fines and an audit' — most recipients paid.

Ibarra had just opened a children's clothing store when she got the letter. 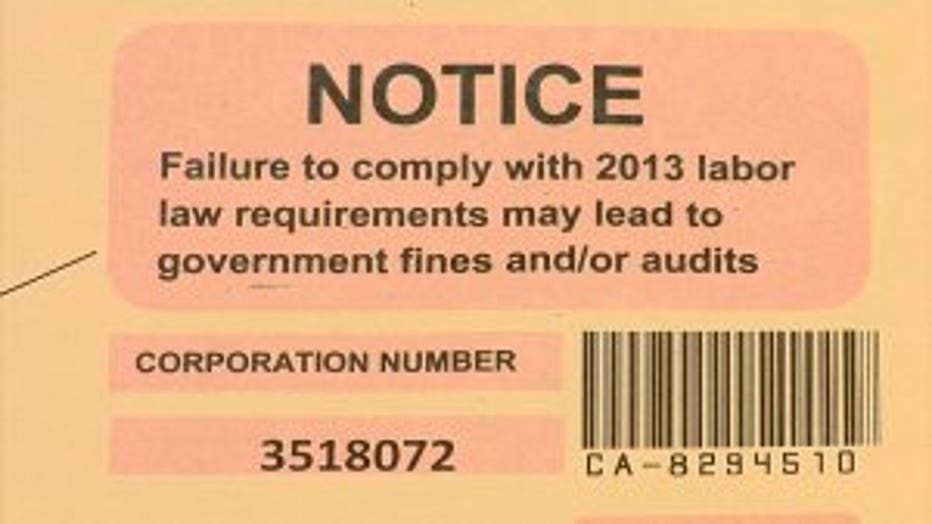 "We knew once we filed the LLC there were a couple of taxes that had to be due within 90 days of the opening," Ibarra said.

Ibarra assumed the note from the Labor Compliance Office was from the government and was a bill they needed to pay.

"We went ahead and sent a check," Ibarra explained.

Three months later, Ibarra learned her business was one of 125,000 that received the letter.

Postal inspectors say if all the of recipients had send money, this scam could have produced more than $35 million dollars.

"The fraudsters prey on unsuspecting business owners knowing they are going to get a lot of results and a lot of checks in the mail for doing nothing.These fraudsters only want one thing — your money," Kugel said.

"It was a learning experience for us. Now we're very careful of what we pay and we double check everything we get," Ibarra said.

Some advice — take the time to research if a company or organization that sends you a bill is legitimate and if you even really owe any money.

"Do an internet search on the company and their company name and see what comes up. You may find out people have already identified it as a scam," Kugel advised.

In this case, postal inspectors were able to return most of the money lost to the victims.

The suspects who created the letters signed a cease and desist order and promised not to take part in such activity again.