MILWAUKEE -- On Friday, May 3, a group began a trek spanning nearly 4,000 miles. It started in Minneapolis, Minnesota and ends in Dallas, Texas during Memorial Day weekend. It's an effort to raise awareness for the real reason behind the holiday. 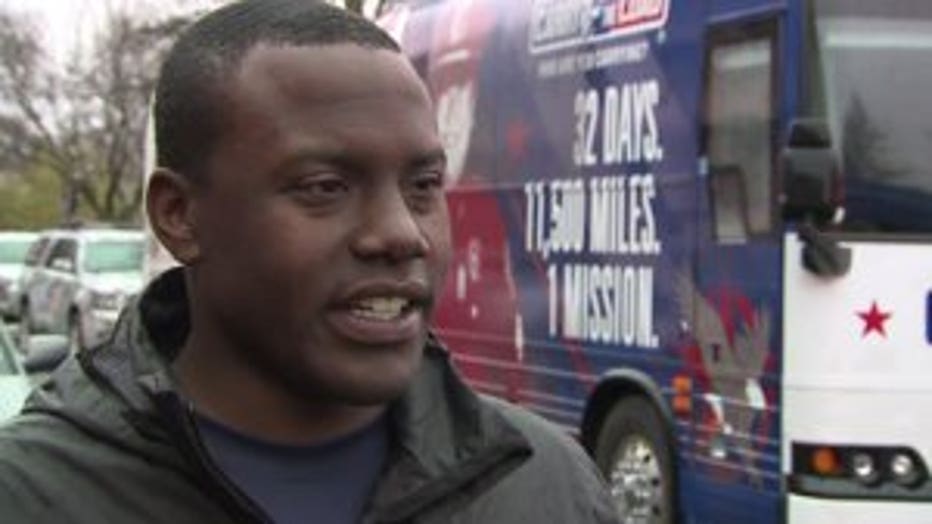 On Monday, May 6, Carry The Load’s Midwest Relay Team walked through Milwaukee and hosted a ceremony at Wood National Cemetery in support of our military, veterans, first responders and their families.

In between footsteps were moments of reflection in the tranquil space for walkers like Brandon Asberry, who reflected on why he, and others like him, carry the load.

"You kind of get in the zone, and you start being able to think and process your thoughts when you're out in the middle of nowhere on a country road," said Asberry, firefighter/paramedic. 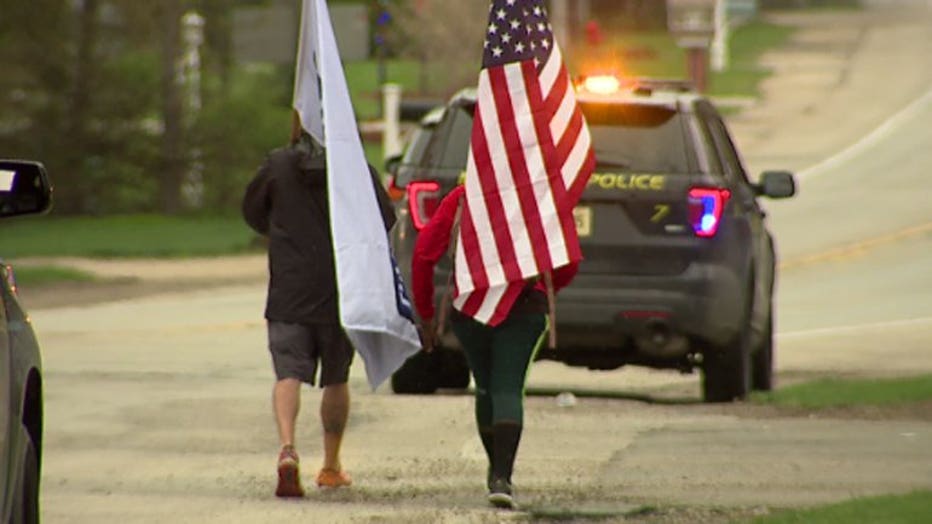 Carry The Load, a nonprofit founded in 2011, is aimed at changing the way people think about Memorial Day. 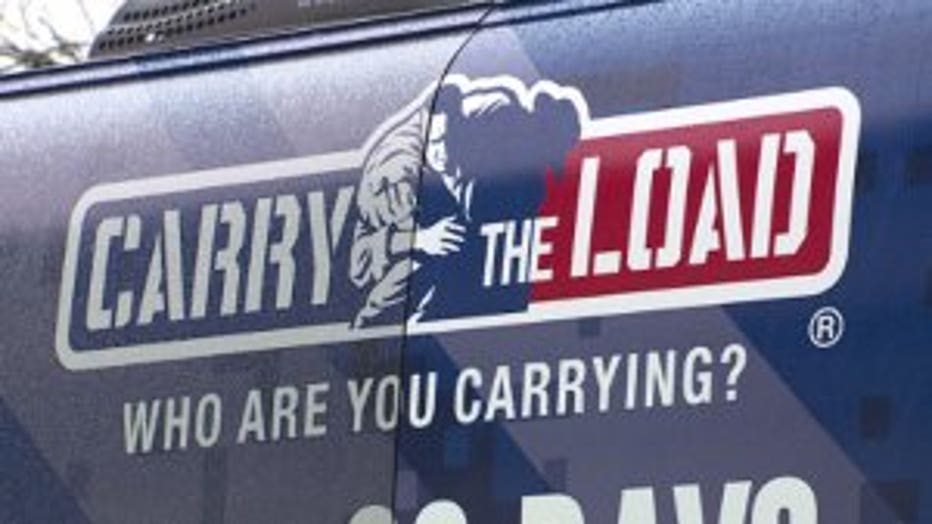 "The whole mission is to raise awareness and bring communities together in honor of Memorial Day and the sacrifices individuals and their families have paid," said Paul Schecklman, Carry The Load.

On a rainy Monday, Asberry, from Texas, found himself in Milwaukee for his leg of the journey.

"There are different mileage points -- anywhere from three to up to six miles," said Asberry.

Other first responders from across the country walked with him, carrying flags and a list of the names of the fallen. 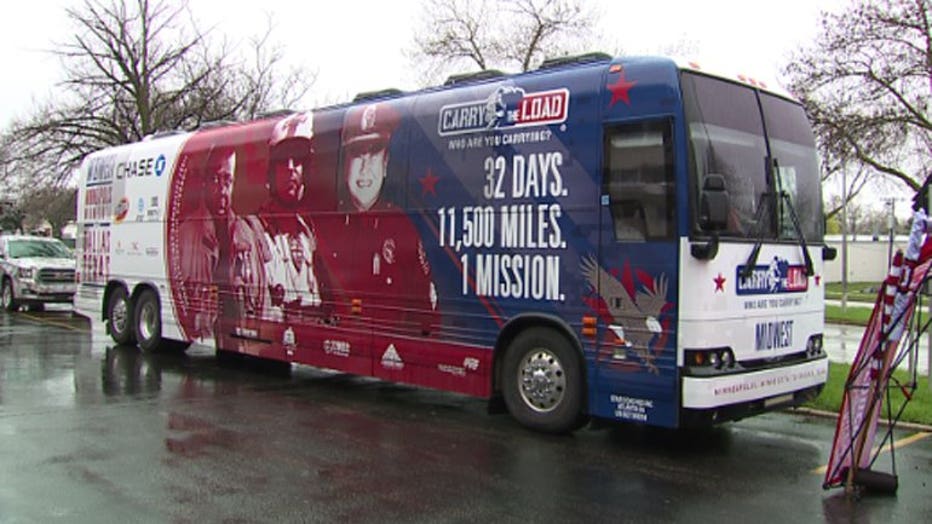 "It allows me to carry the memory of fallen first responders, military veterans, so their memory is not lost," said Asberry.

The National Relay is a 11,500-mile journey across America, with the handing off of the American flag every five miles for 32 straight days:

"To join up -- to be part of a cause greater than me," said Asberry. 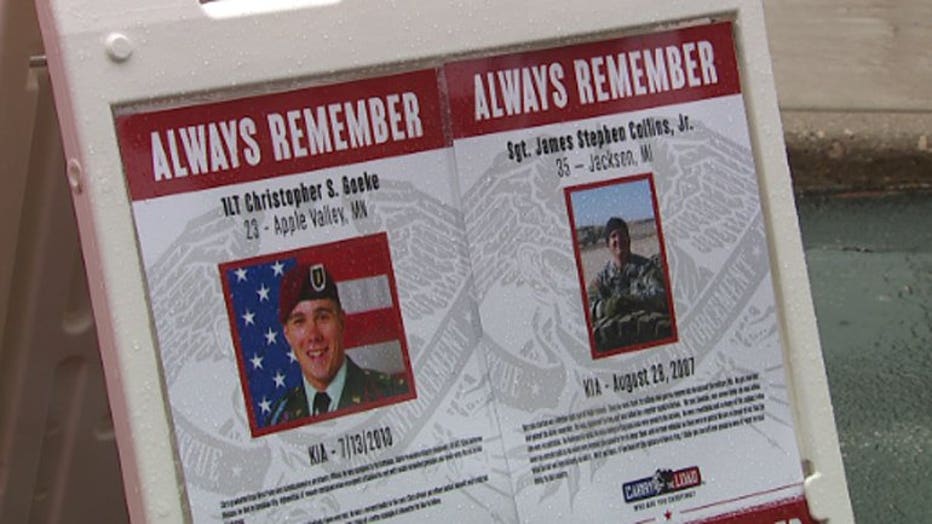 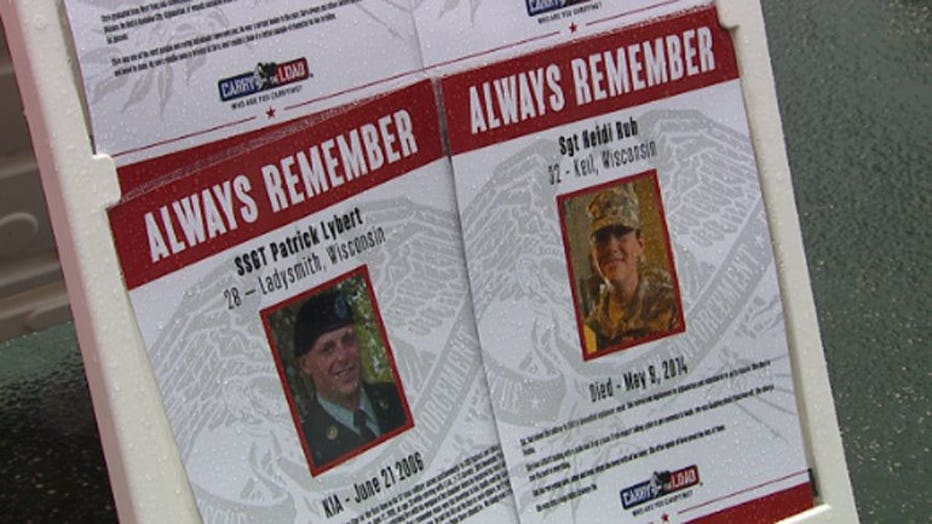 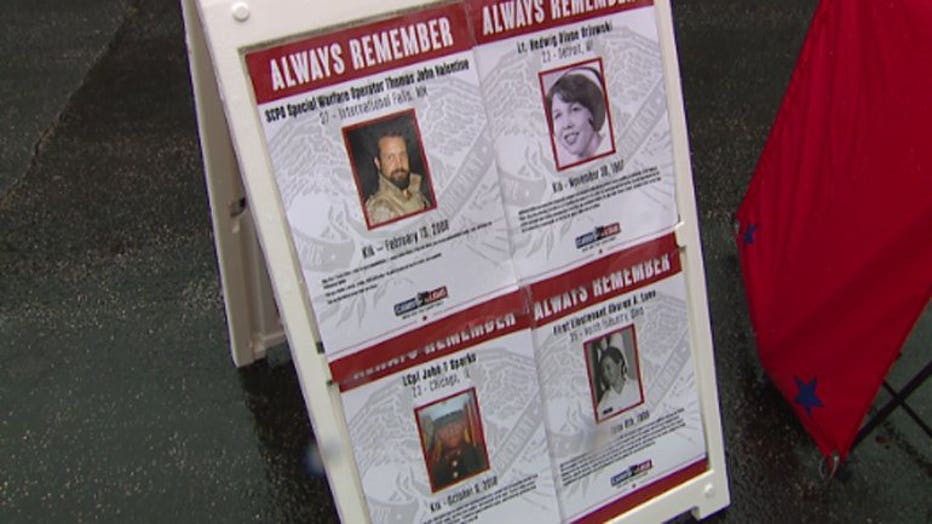 Walking down the road, Asberry said Monday he was on pace to make it in time for Memorial Day weekend. But as he walked, he said he hoped to leave this message to anyone willing to listen.

"Never make it about yourself. Always keep the focus on someone else," said Asberry.