“The movement ain`t going to move itself:” Protesters speak out as they`re released from jail

"The movement ain`t going to move itself:" Protesters speak out as they`re released from jail

MILWAUKEE (WITI) -- More than two dozen protesters gathered Sunday, December 7th outside the Milwaukee County Jail to voice their frustration with the criminal justice system. Fourteen protesters were arrested on Saturday, December 6th after a demonstration veered onto the freeway. Some of those arrested are from Ferguson, Missouri. 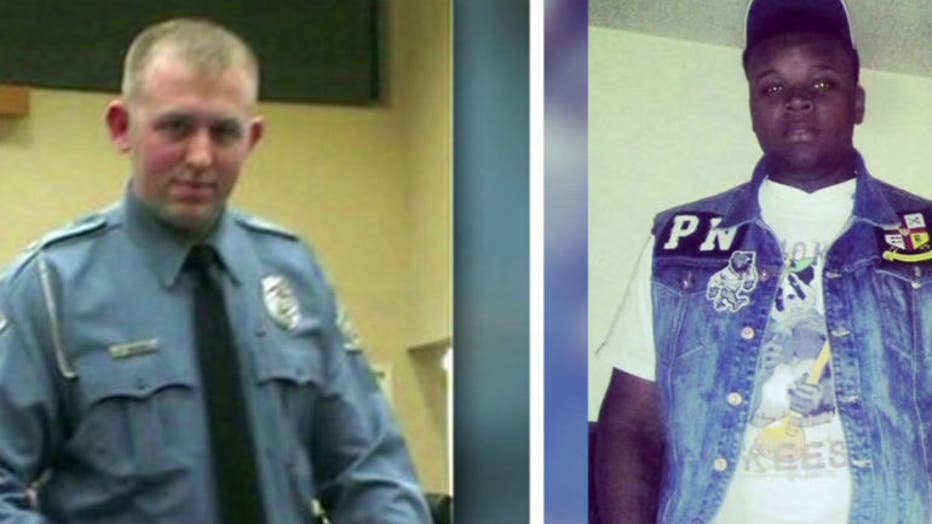 The rallies in Milwaukee this weekend were just the latest in a national wave of protests over police tactics and treatment of African-Americans. This, after grand juries in Ferguson, Missouri and New York declined to indict police officers in the deaths of Michael Brown and Eric Garner.  Michael Brown, an unarmed black teenager, was shot and killed on August 9th by Officer Darren Wilson, a white police officer. On July 17th, Eric Garner died in New York, after Officer Daniel Pantaleo put him in an apparent chokehold for about 19 seconds. 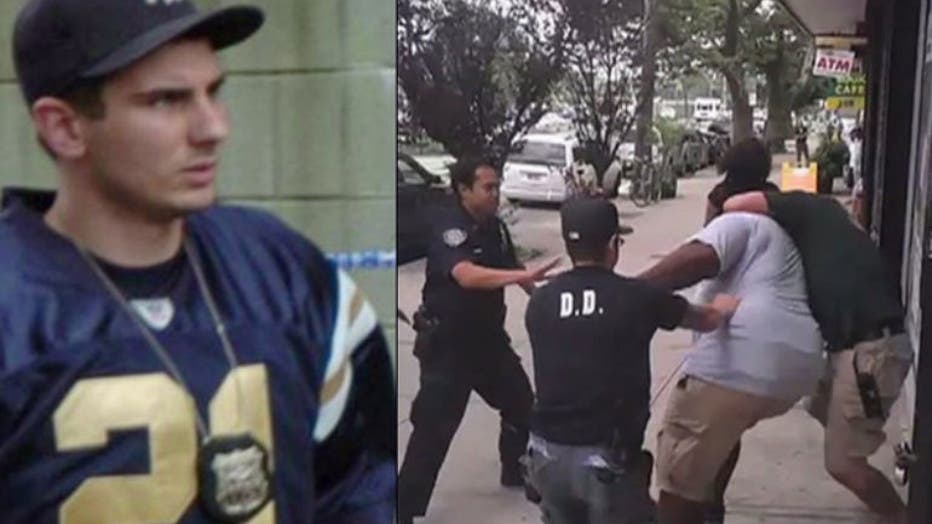 "We understand what's going on nationally also affects us right here in our own backyard in Milwaukee, Wisconsin," Khalil Coleman said.

Frustrations long harbored in the black community are now out in the open. Many of those protesting describe a feeling that the justice system discriminates -- from Ferguson, to New York, to Milwaukee.

31-year-old Dontre Hamilton was shot and killed by Milwaukee police officer Christopher Manney. The Milwaukee County District Attorney's Office has yet to decide whether Manney will face criminal charges in connection with Hamilton's death.

"All these different cases where we have the evidence -- we can see what's going on and we're being slapped in the face and being told, 'what we say goes. We're not going to charge these people,'" Vaun Mayes said.

On Saturday afternoon, a group of protesters took their message to the I-794 on-ramp.

14 people were arrested and booked into the Milwaukee County Jail. Three of those arrested are from Ferguson, Missouri.

FOX6 News is told two children were in the group, ages six and 10. We’re told they were picked up by Child Protective Services.

A FOX6 News crew at the jail on Saturday night observed the doors locked, and construction barricades lined up in front of the building. A Sheriff’s Office spokeswoman tells FOX6 News the doors were locked due to the protesters, and added Sheriff Clarke doesn’t believe in letting the media make celebrities out of law breakers.

The protesters from Ferguson who were arrested were sent to Milwaukee by the group "Hands Up United." "Raspy" Rawls was one of them.

"I got a saying: 'the movement ain't going to move itself.' The system is not for us. As you can see, they barricaded the doors up (Saturday) night.  We didn't do nothing violent.  We didn't have weapons on us, none of that junk.  But they barricaded this up like we were some terrorists or something out here -- when they around here terrorizing our community," Rawls said.

Rawls spent a night in jail before paying nearly $700 in fines for disorderly conduct and for walking on a highway.

"We are exhausting every avenue available to us, so when those don't work, then what do you suggest?" Vaun Mayes said.

“I have made it very clear that arrests will be made when violations of the law occur, regardless of the protesters’ motivations. Law and order will be maintained.”

The protesters from Ferguson may stage one more rally on Monday, December 8th -- but that is yet to be officially determined.