The bad news for those looking for the deal? The glitch has been fixed. Even worse news? Those lucky enough to get the deal will likely be getting a refund and have their order canceled. 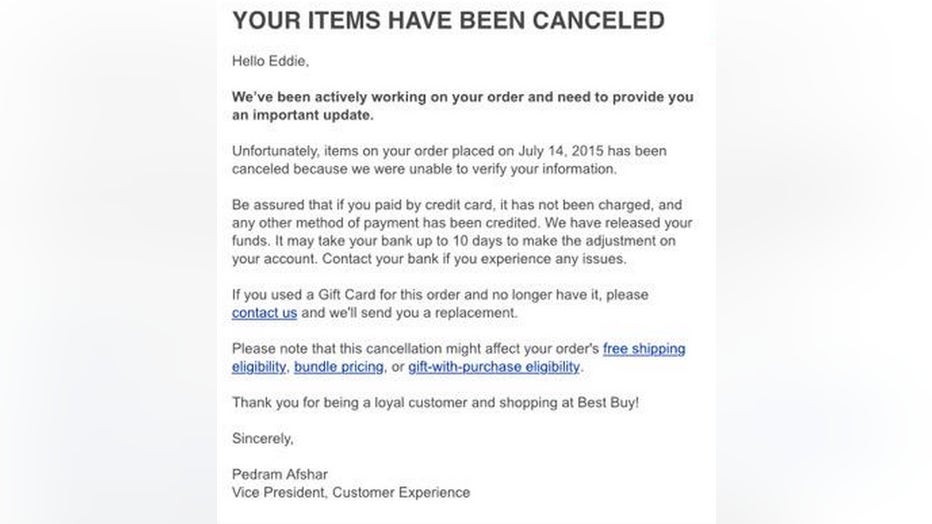 The $200 "designer" gift cards were erroneously showing up for only $15.  The glitch was first reported on Reddit and quickly spread on social media.

Some customers have shared screenshots of their cancellation emails that state Best Buy claims they were "unable to verify" their information.

While Best Buy has not publicly commented on the glitch and whether the company will honor the mistake, it's unlikely customers will ever see their gift cards. Best Buy's terms of service states the company can cancel any order due to a pricing mistake.

A similar glitch on Walmart's website in 2013 allowed customers to buy televisions and computer monitors worth $500 for as little as $8. The company refused to honor the purchases and refunded customers citing the pricing error as the reason.