MILWAUKEE -- The Wisconsin Center on Saturday, Feb. 8 hosted the inaugural Wisconsin Cannabis Expo -- billed as an opportunity to learn more "about the innovative cannabis industry."

The event featured talks and panels with industry professionals, medical experts, legislative and legal representatives, and more -- including growers, processors, testers, wholesalers, retailers, and legislators -- "from seeds to sale."

"The future is here," said Louis Fortis, editor/publisher of the Shepherd Express, sponsoring the event. "It's just Wisconsin hasn't figured that out, the legislators. We were involved in helping put together an advisory referendum on the November 2018 ballot in 16 counties and two additional cities, rural counties, urban counties, red counties, blue counties, the whole thing, and 80% on average across the state, rural counties and urban counties want medical marijuana, so when you have 80% of the population, and 80% of people can't agree on anything, so when you have 80% of people agreeing that they want medical marijuana, where are the legislators?" 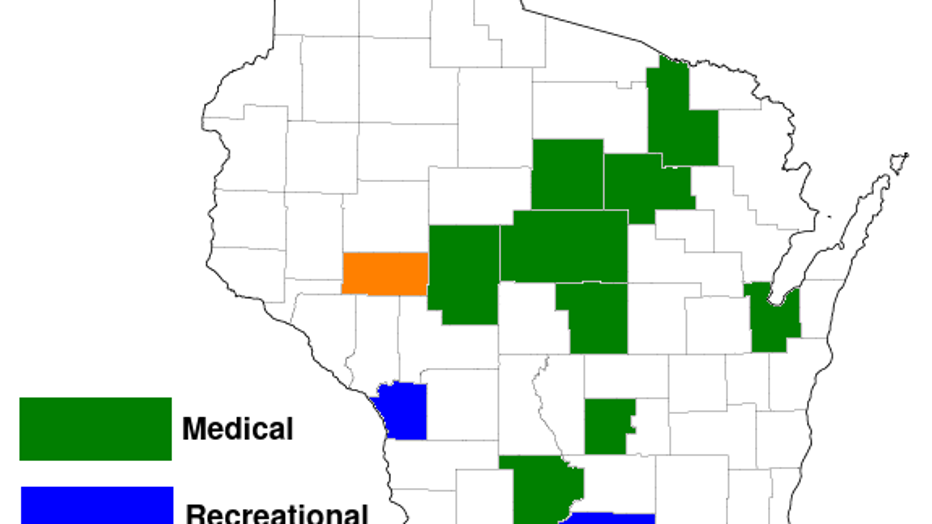 Panel discussions on two stages focused on the following topics -- related to legalization and the future of cannabis in Wisconsin:

Fortis told FOX6 News they expected more than 3,000 guests, with 2,400 tickets pre-sold for the event that featured more than 130 vendors, five Ph.D. panelists, and scientists from the Medical College of Wisconsin and the University of Wisconsin.

The event also featured products to sample -- all legal in Wisconsin.

With surrounding states like Illinois and Michigan fully legalizing marijuana, some of the discussion focused on Wisconsin's lagging behind.

"It's one of those, sooner or later, it'll probably happen," said Bill Fuchs, president of Logical Green Solutions and Total Team Construction in Waukesha, who works with business owners in the cannabis industry.

The Wisconsin Cannabis Expo was scheduled to run from 11 a.m. until 4 p.m. Saturday.