MILWAUKEE -- If baseball fans had any reservations about which team Milwaukee was cheering for in Friday night's big game -- all you'd have to do is take a trip down Wisconsin Avenue.

It's gray outside, but if you were on Wisconsin Avenue Friday, Oct. 19, you may have found a flicker of gold above your head. 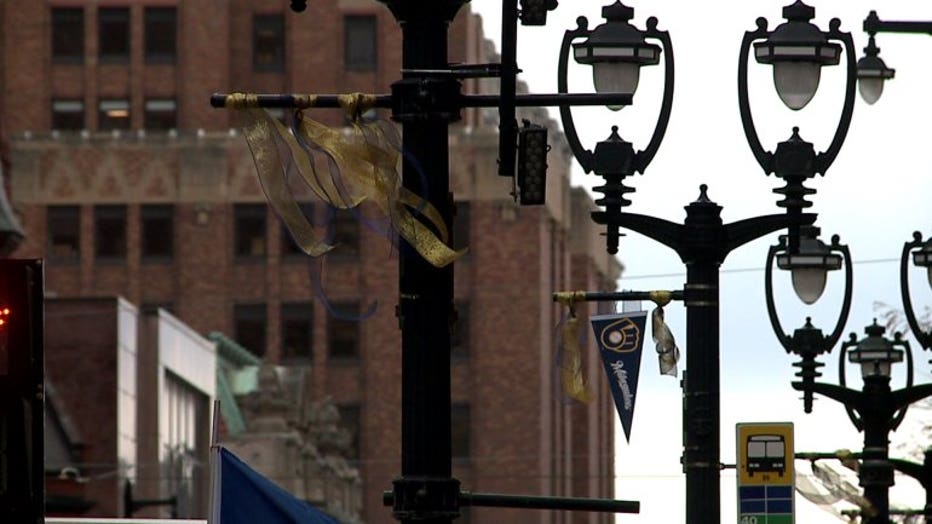 "Boy we have had the Brewer fever downtown Milwaukee, I can tell you that. The energy is high," said Beth Weirick, Milwaukee Downtown Bid 21.

Milwaukee Downtown Bid 21 pulled out all the stops as the Milwaukee Brewers are back at Miller Park for Game 6 of the National League Championship Series against the Los Angeles Dodgers.

"We've been preparing to welcome the team back home, and show our love for the Milwaukee Brewers by decorating downtown Milwaukee," said Weirick. 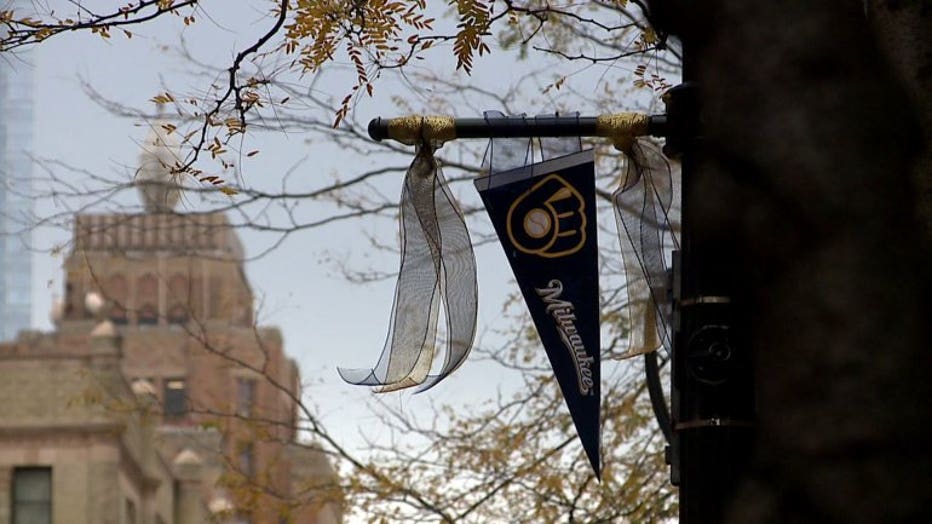 Hanging off of lamp posts along Wisconsin Avenue, between Prospect and 10th Street -- you'll find a ton of blue and gold.

And that's in addition to the massive display they've put over one of the skywalks. 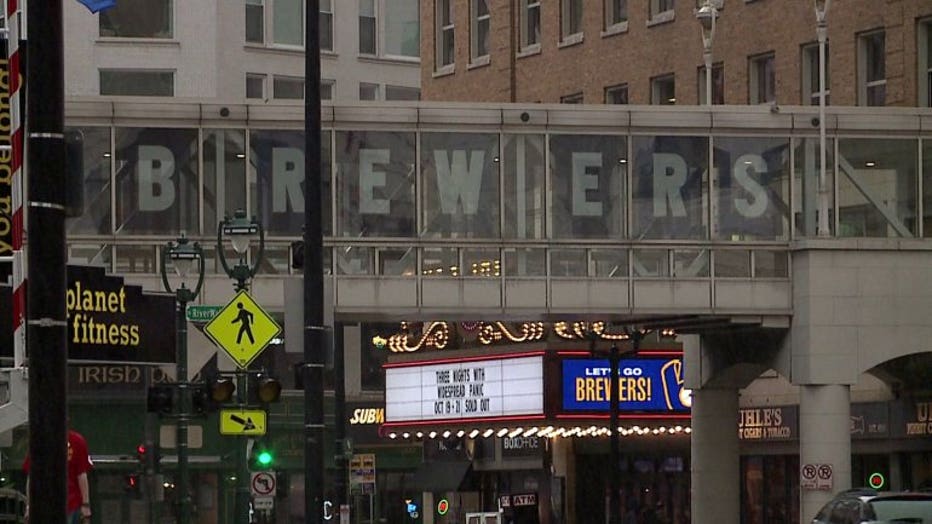 Johnson is a public service ambassador in downtown Milwaukee.

"I am a walking concierge," said Johnson. "The most friendly people you will find downtown."

Since the Brewers started hitting it out of the park, Johnson said stadium passion has spilled out into the streets. 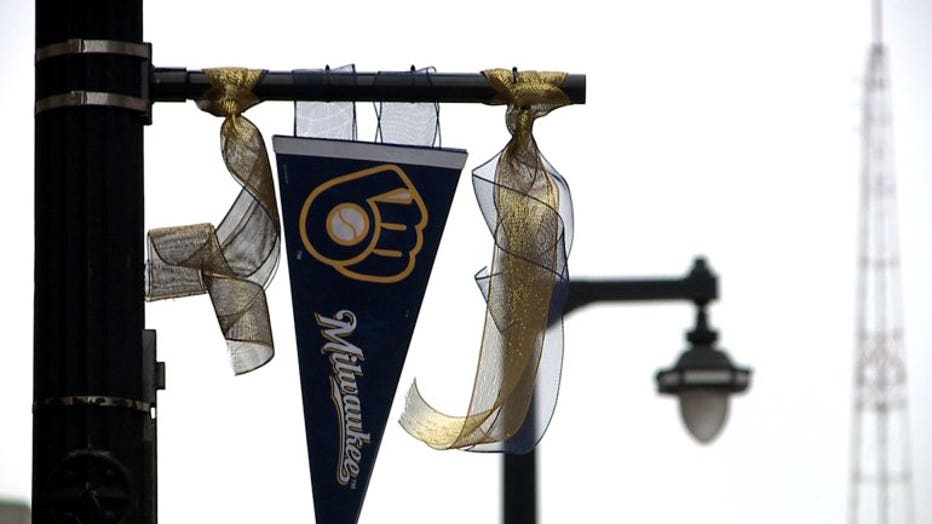 Baseball fever is keeping him busy and if he has his way, it will continue to rise.