The tool that could keep you out of the emergency room

The tool that could keep you out of the emergency room

WEST ALLIS - When West Allis firefighter Chris Williams shows up at your house, it probably won't be with lights and sirens.

"Something a little more discreet comes in front of your house, you feel a little less apprehensive," Williams said as he drove up to a patient's home. 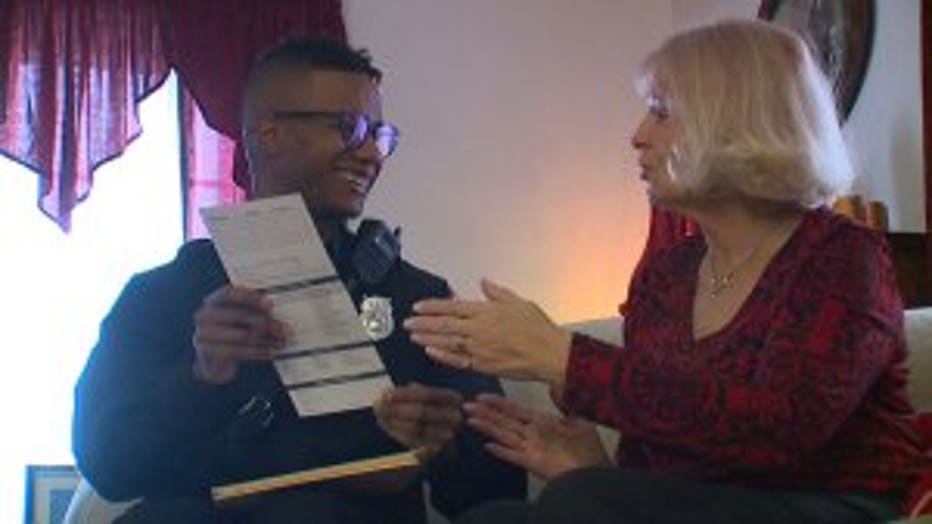 Even though proponents say community EMS can help keep patients out of the emergency room in the first place, programs have been slow to start in Wisconsin.

"Wisconsin hasn’t always been on the cutting edge of these sort of things," Marc Cohen, Executive Director of Wisconsin EMS Association said.

Jim and Sandra Larson agreed to let FOX6 accompany Chris Williams to a scheduled appointment at their home.

"Wisconsin hasn’t always been on the cutting edge of these sort of things."

"He has Parkinsonism, water on the brain, dementia, diabetes, manic depressant...should I continue on?" Sandra Larson said with a wry smile, looking at her husband.

" legs were getting weaker, and one day they just stopped working," Sandra said. At that point, she was still working full-time.  "So when he would fall, being home alone he would call the West Allis Fire Department. And after probably the third or fourth time of coming in maybe three or four months, they started taking a look at the house." 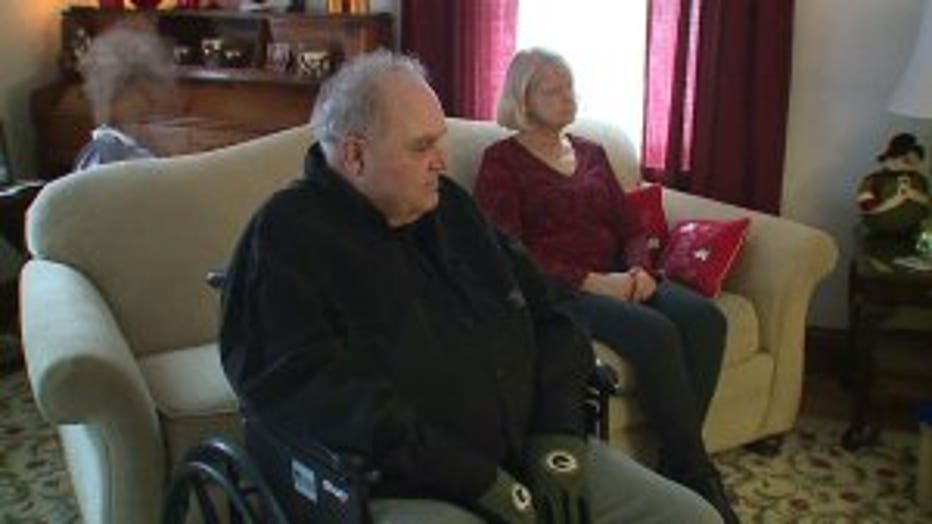 Through its Mobile Integrated Healthcare program, West Allis connected Jim with a chairlift several months ago to lower his risk of falling. Jim now has a hard time leaving the first floor of his home, but West Allis still periodically does community EMS visits.

"118 over 64," Williams said as he checked Jim's blood pressure. "That is almost picture perfect." Williams' visits also include home inspections and conversations with caregivers to figure out how to connect them with other community resources.

During Chris' most recent visit, he quickly realized Jim and Sandra could benefit from using a lock box that would allow firefighters to have easy entry into the home without breaking any doors or windows.

"It's comforting," Sandra said. "You get a new set of eyes to look at the house, look at the setup, reconfigure how you've done things." 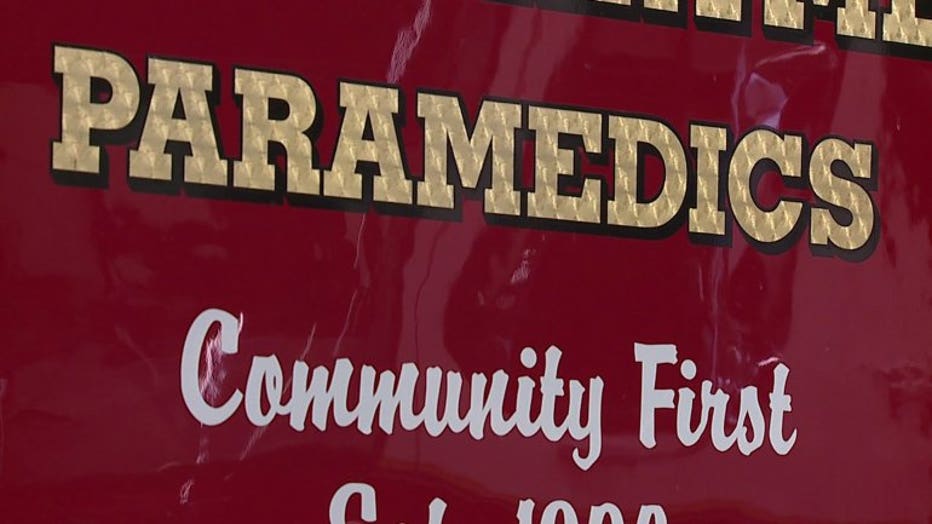 The push to do more

"My mom had MS when we were younger," Amanda Bates, Conference and Education Director for Wisconsin EMS Association said. "The fire department used to respond to our house and pick her up from the floor and put her back into her wheelchair or her bed on a consistent basis. My mom would have really benefited from a community paramedic approach." 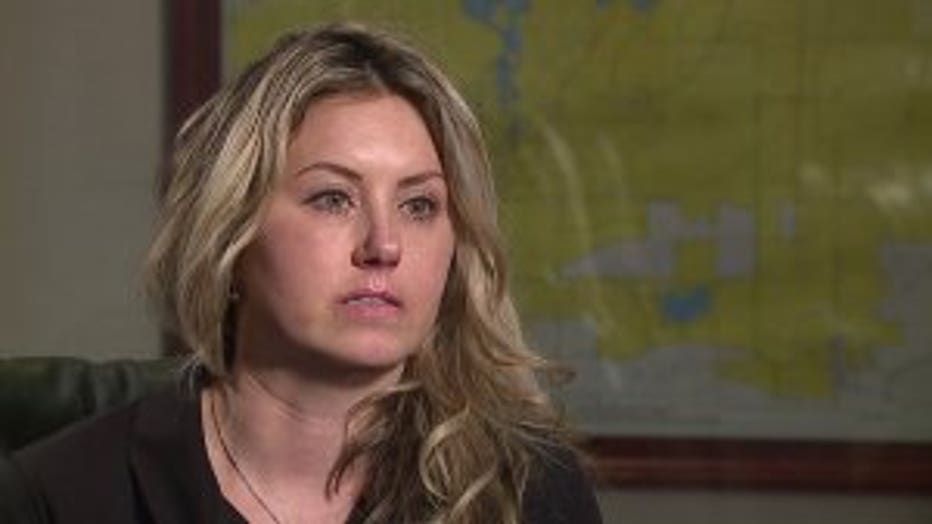 Bates is also a paramedic/firefighter. She says her experiences in the field propel her belief that community EMS could be used in creative ways to save lives - home visits to new mothers to catch unnoticed complications, connecting patients struggling with addiction to counseling and medication, and providing support to patients' families, to name a few.

"It’s someone they can connect to, they feel like they’re not falling through the cracks," Bates said, noting that more rural parts of Wisconsin do not have easy hospital access.

", when utilized for a patient's post-discharge follow-up, can reduce hospital readmissions," John Eich, Director of Wisconsin Office of Rural Heal, said in an email. "Which is not only in the best interest of reducing costs, but can also improve patient outcomes after a hospitalization, and mean less travel for rural residents that are still recovering at home."

The proof is in West Allis.

"That is the difference between life and death right there," Bates said. 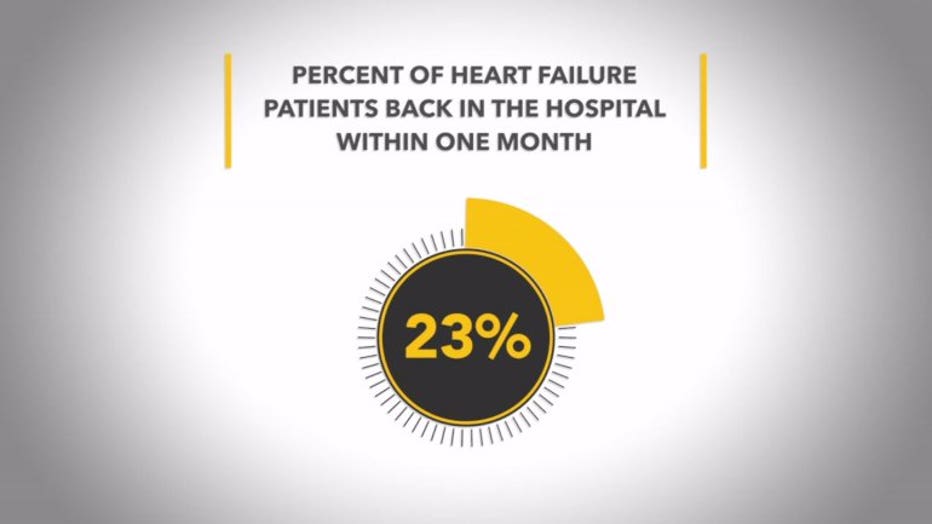 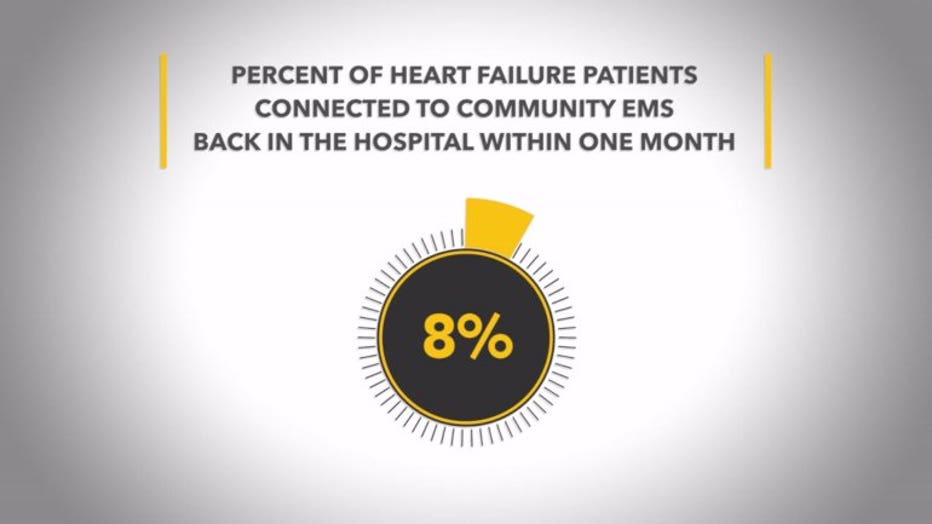 In 2017, state legislation was passed and signed by Governor Scott Walker with the goal of making it easier to start community EMS programs in Wisconsin. The bill outlines training, protocols, and an approval process.

It took five years for the bill to pass; more than two years after it became law, it still hasn't gone into effect.

That is not unusual. Right now, the state is caught up in the rule-making process. Before any law is implemented, it needs to go through public comment, hearings, and legislative review. Until that's done, the jump start for community EMS in Wisconsin stays wrapped in red tape. 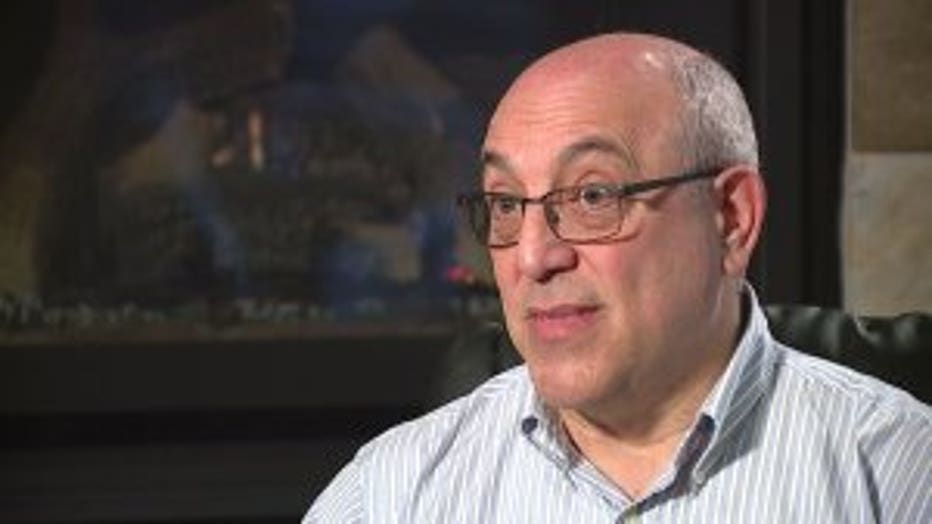 In West Allis, patients don't get a bill. Contracts with hospitals, like Aurora, cover part of the cost; the rest is about taking the long view. 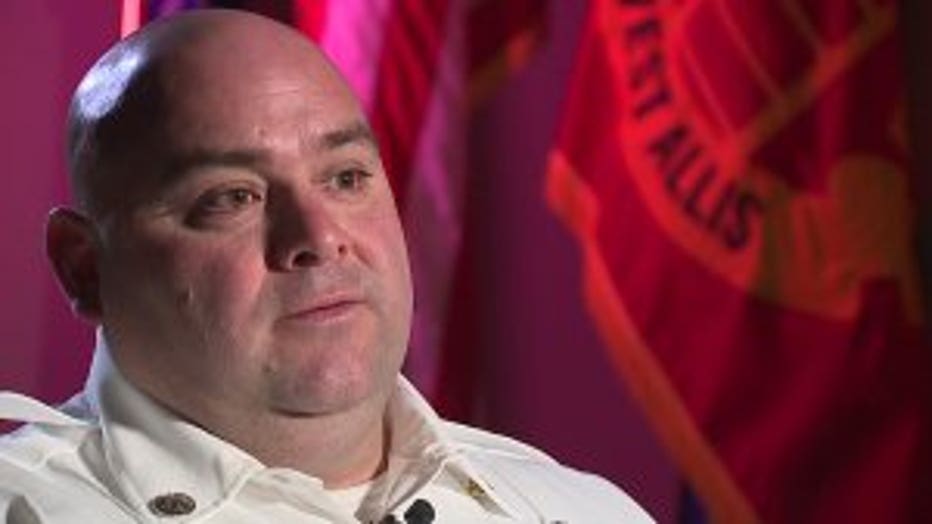 "Less calls on the floor, less time we have to spend in the 911 mode, less wear and tear on the vehicles," Capt. Armando Suarez Del Real, Coordinator of West Allis' Mobile Integrated Health program said. "So that savings pays out in many different ways. It's a very different mindset, it's a very different focus than what people are used to."

"We’ve always been known for being cutting edge with EMS," Suarez Del Real added. "And I think this is the next step. This is the future of EMS. This is where the fire service is going."

Sometimes emergency response crews refer a patient for community EMS services after a 911 call; other times, hospitals will make the referrals. However, Suarez Del Real says you don't need to wait; patients can connect to West Allis' Mobile Integrated Health program by calling 414-302-8910.

"Even if you don't live in West Allis, give me a call," Suarez Del Real said. "We can try to connect you to other resources. We’re trying to make sure that our patients are fully covered with the care that they need as opposed to just reacting when they call 911."