MILWAUKEE -- On a bright Tuesday morning, small groups of Milwaukee police officers headed inside the empty halls of an old We Energies building. Clad in SWAT gear, their voices echoed in the halls -- “Come out now with your hands up!”

Watching closely, in a yellow vest, was Sgt. Michael Karwoski -- a 27-year veteran of the department who has held many roles at MPD. He now works out of the Specialized Patrol Division, but on this day, he led ballistic shield training for a few dozen officers aware that one shot can make a difference. 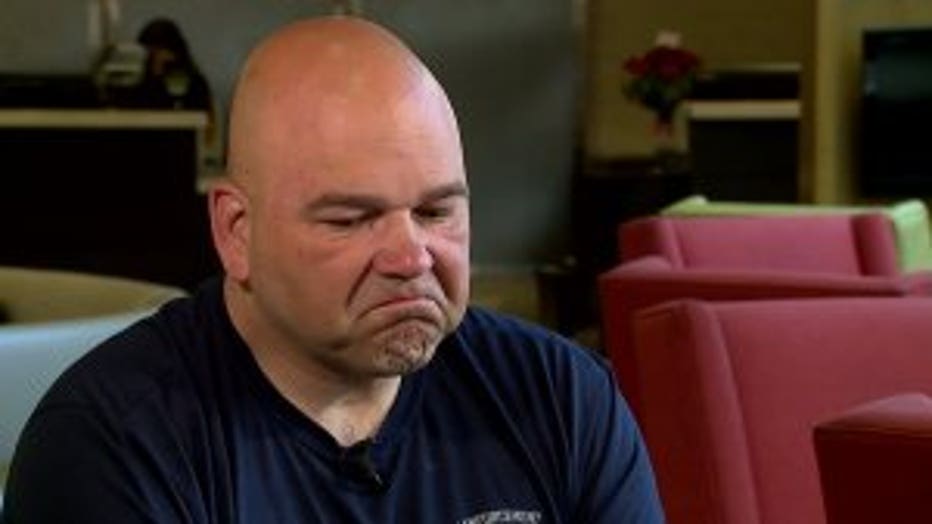 “I was actually in my backyard building a shed, and slowly the phone calls started to come in,” said Sgt. Michael Karwoski. “Finally, the last phone call came and, 'Mike’s dead,' and the world just kind of stopped.”

Karwoski and Officer Michael Michalski worked together at MPD’s District 2 for nearly nine years in the Anti-Gang Unit. Not long after, they each began new roles at the department, but still worked out of the same building with one another. They were colleagues, but also friends.

Karwoski has never forgotten the day that his friend was killed. Once he heard the news, several close friends of Michalski’s gathered at the medical examiner’s office to watch his body arrive. 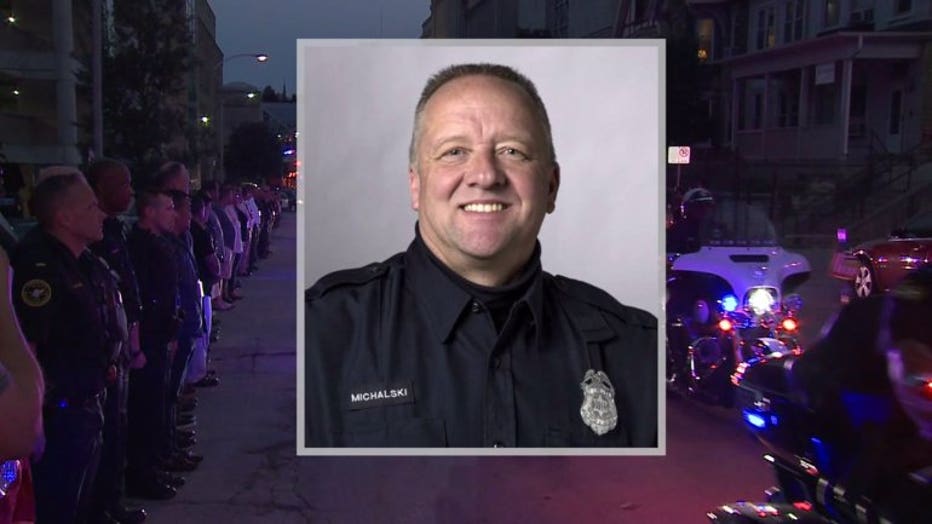 “When it was over, everybody kind of dispersed to go back to work or go home. I couldn’t do either,” he said. “I got in my truck and drove around for a couple hours. It didn’t sink in for a long time that it actually happened.”

"I’m doing this for him"

Several months after Michalski was killed, Karwoski knew he wanted to do something for his fallen friend. That something took shape hundreds of miles away on the Police Unity Tour, as hundreds of officers from across the country rode into the National Law Enforcement Officers Memorial in Washington D.C. 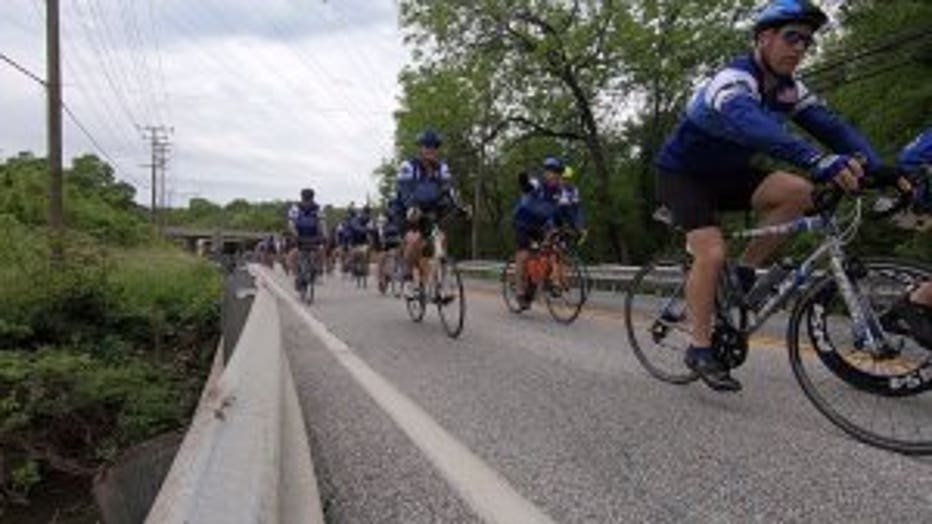 Karwoski was one of five Milwaukee police officers who rode as part of Chapter IX, which included nearly 18 agencies from across Wisconsin.

“The first day was 60 miles. Yesterday was 70,” said Karwoski, while taking a break in Ellicott City, Maryland. “Today, we’ve already put 55 in.”

Chapter IX riders began their journey in Philly and would travel nearly 300 miles by bicycle together. They rode in honor of fallen MPD officers -- Michael Michalski and Charles Irvine Jr.

The riders traveled through many towns and cities, past monuments and supporters along the way. In Ellicott City, riders traveled up a large hill to a church parking lot, for a brief break.

“Whenever you stop some place and they bring the bagpipes out and start playing Amazing Grace, it takes you back to the funeral,” said Karwoski. “When you’re tired, you’re emotional, and you start talking about the friends you lost, and it just chokes you up a little.”

While the journey was a first for Karwoski, it was not for some of his fellow MPD riders, who all experienced the ride together. 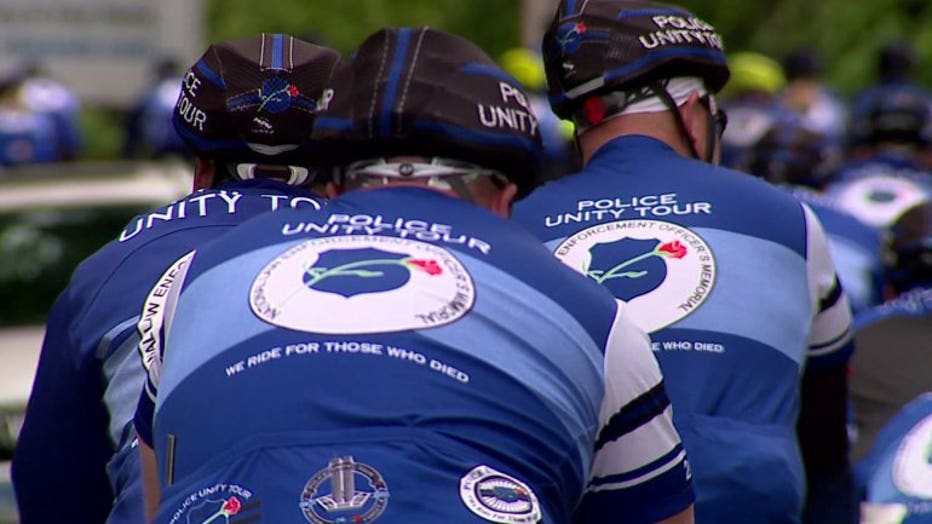 “We’ve lost a lot,” said Lt. David Feldmeier. “Everybody here has. We all feel it. We’re all trying to be strong for each other.”

After four days of riding, the team converged with riders from across the country on Sunday morning. They’d ride the final few miles together into D.C. wearing a bracelet honoring the fallen officers that they had kept close during their journey.

“When it got hard and I didn’t think I could keep pumping my legs, I kept my head down and said, 'This is for you, Mike, I’m not going to quit,'” he said.

Karwoski, alongside his fellow MPD officers, rode into the National Law Enforcement Officers Memorial through the rain. Hundreds of people lined the streets. 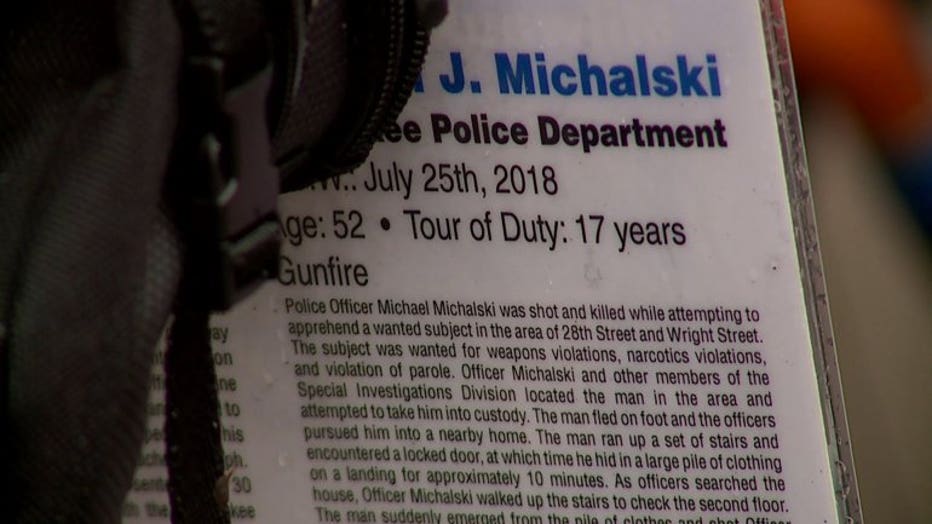 As he got off his bike, he hugged a fellow rider before finding his way to the MPD supporters, knowing he’d soon see Michalski’s wife, Sue.

“I had been waiting to see Sue the entire time,” said Karwoski. “I just wanted to tell her I’d been talking to her husband through the whole thing. I wanted to be able to give her the bracelet I was wearing that I carried for her husband. It was huge for me to be able to do that for her.” 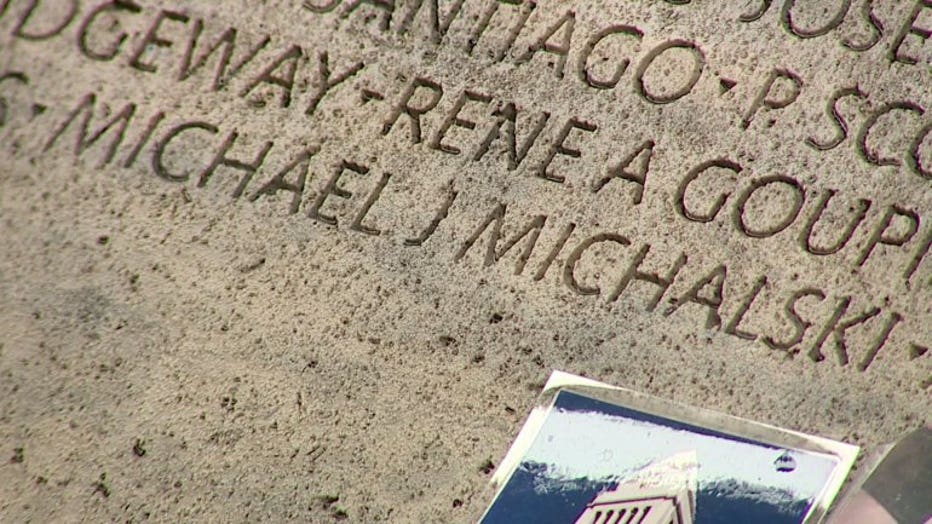 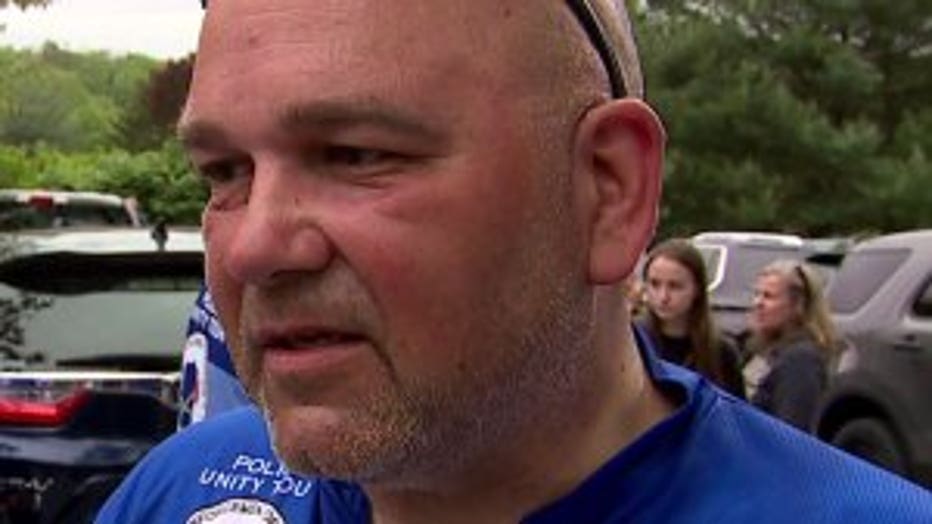 Surrounded by officers and their families, each rider presented their bracelets to the families of Irvine and Michalski. Karwoski hugged his fallen friend’s wife, knowing this journey was about more than what anyone could see.

“There’s really nothing any of us can do to make it better, but at least I can do something to show how much we care,” he said.

Back home in Milwaukee, Karwoski has continued doing what he loves, with his fallen friend at the forefront, knowing the true loss to the community.

“Even the worst person you could possibly face and arrest, Mike would still do his best to change their lives on their way to prison,” he said. “What kind of cop does that? What kind of cop tries to put something positive on something like that and actually change a man’s life who's killed people? That was Mike. That’s how much we lost.”