MILWAUKEE -- Terrifying moments Sunday, September 6th for a mother-to-be. Seven months pregnant, she started going into labor after she was held at gunpoint by men trying to steal her car. The woman's mother and her two young nieces were in the vehicle at the time.

The victims in this case report at least eight people in three separate vehicles confronted them after one bumped their vehicle stopped at a traffic light at 60th and Hampton on Sunday. 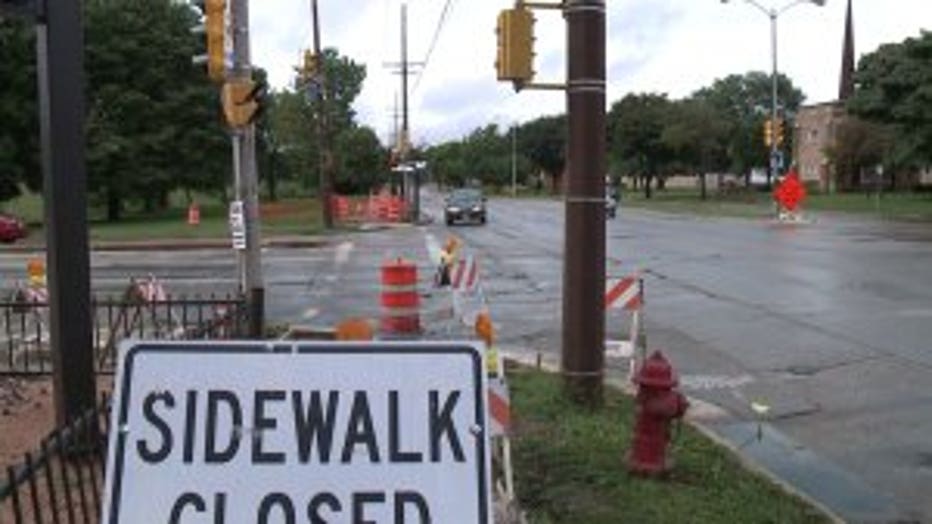 It was a jarring crash. A pregnant woman's vehicle was hit as it was stopped at a light. Then, the driver and passenger from that vehicle approached hers. She cracked her window.

The woman locked her doors, and called her brother to the scene because her mother and young nieces were in the vehicle.

The woman says the striking driver pulled a gun on her brother when he arrived at the scene.

She says two other cars full of people came as well.

The woman saw another gun as a younger man came to her vehicle. She says she called police a second time.

The woman says one of the suspects said he was going to kill them -- but something stopped him: A woman in the passenger seat of his vehicle.

The woman drove home -- but when she got there, there was a new concern.

The baby she had carried for seven months, her first to be born after four miscarriages, was coming too soon. The woman started having contractions.

The woman then drove to St. Joseph's Hospital, where doctors managed to slow the contractions. She is now on bed rest, with time to think about what could have happened Sunday.

Police say they investigated the incident Sunday evening. They say the victim did call for help in this case -- and said people, who may be responsible for bumping her vehicle at the traffic light, drove by her and displayed a gun.

Police continue to search for suspects in this case.

FOX6 has shared a number of stories on these types of "bump-and-run" carjackings and attempted carjackings. Of course, not every fender-bender is going to be sinister -- but police want to make sure you stay alert.

CLICK HERE for safety tips in the event you're in a fender-bender or an accident.