Testimony concludes in hearing for Anissa Weier, charged in “Slenderman” stabbing, no decision yet

Testimony concludes in hearing for Anissa Weier, charged in "Slenderman" stabbing, no decision yet

WAUKESHA COUNTY -- Should a teen charged in connection with a violent crime face adult punishment? That was the question that was addressed in court in Waukesha County Wednesday, May 27th -- as a hearing continued for Anissa Weier -- one of two charged in connection with the so-called “Slenderman” stabbing. Weier's lawyers say she's too young to be charged and punished as an adult. They're trying to get her case moved to children's court.

Testimony for the defense and prosecution rested shortly after 2:00 p.m. Wednesday. A judge will decide at a later date whether Weier will be tried in juvenile or adult court.

In court on Wednesday, there was a lot of testimony relating to the brain development of young people and testimony about Weier's mindset at the time this alleged crime happened. 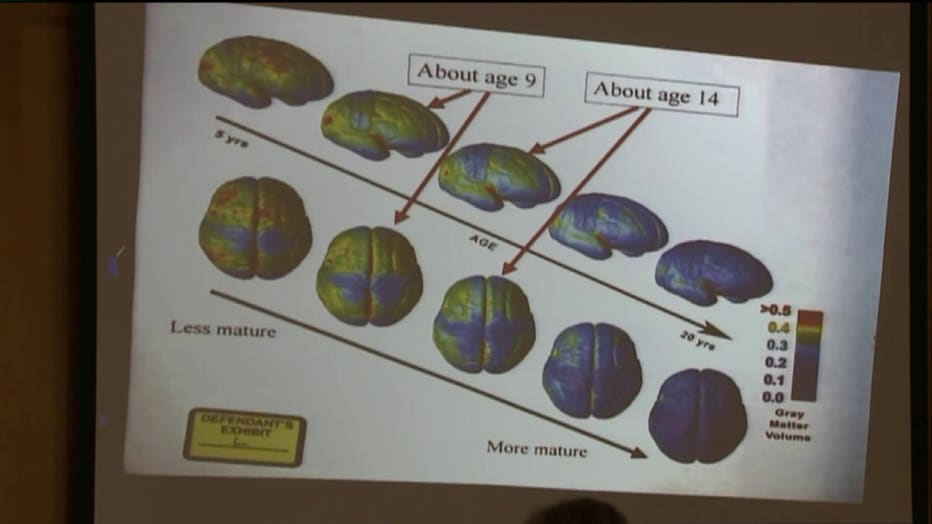 "Seeds of this delusion still exist in your client now. Not as full-blown, but I think there are seeds that need to be addressed," Antoinette Kavanaugh, a forensic psychologist said.

13-year-old Weier and 13-year-old Morgan Geyser are accused of stabbing their then 12-year-old friend 19 times — leaving her for dead in the woods in Waukesha in an attempt to please the fictional character “Slenderman.” They are charged with attempted first-degree intentional homicide. In adult court, that could mean up to 65 years in prison.

In court Tuesday, as Weier's hearing began, a lawyer for Weier worked to get the case moved to juvenile court. The charge would carry a lesser penalty of around 12 years behind bars.