HENRY COUNTY, Tenn. -- Three people have been charged in Tennessee with keeping a toddler in a dog cage surrounded by mice and snakes including a 10-foot boa constrictor, according to reports.


Deputies made the disturbing discovery Thursday in Buchanan after being called to a property to investigate a report of animal abuse, Fox 17 Nashville reported Friday.

Henry County Sheriff Monte Belew described the cage as a dog kennel and said the child, an 18-month-old boy, had been living there for some time, according to the station. The cage was crawling with bugs and smelled of urine. 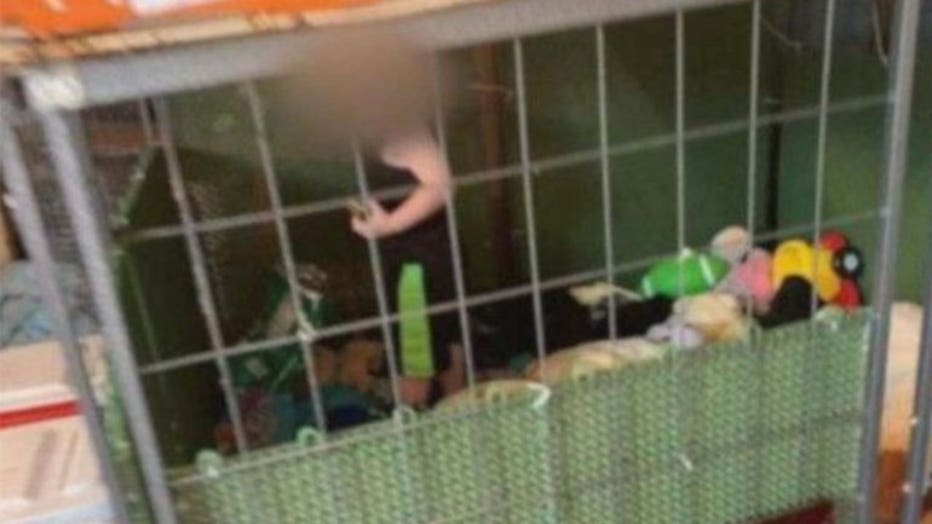 Deputies found an 18-month-old boy child was found inside of a dog cage after being called to a Tennessee property for a report of animal abuse, according to reports. (Henry County Sheriff's Office)

"In a single-wide trailer in the living room you've got a kid caged, you've got eight snakes and you've got the snake's feed butted up against the child's cage," Belew said. "Eight snakes in the same room, then mice running everywhere."

Child welfare workers took the boy, the station reported. Further details on his condition were not immediately available.

Belew said the boy’s mother Heather Scarbough, 42, was one of the individuals arrested.

The others were her husband, Thomas Jefferson Brown, 46, and his father Charles Brown, 82;

They were all charged with aggravated child abuse, aggravated cruelty to animals, possession of a firearm while committing another felony, manufacturing marijuana and possession of drug paraphernalia, Fox 17 reported.

For updates to this story, visit FOXNews.com.