Customers use a knife to attack a Union City restaurant employee.

UNION CITY, Ga. - A teenager working at a Dunkin' Donuts in Union City is recovering after being stabbed by an upset customer.

The disturbing altercation was caught on camera.

According to Union City Police, a customer was upset the store was out of a certain type of donut.

Employees inside the store at the time said the man and a woman first when through the drive-thru to order food but then came back a short time later and came into the store.

"They both engaged in a physical dispute between each other and once that happened then he of course pulled out a knife," said Officer Jerome Turner with the Union City Police Department.

The teenager was stabbed in the upper arm but is expected to be OK.

Officer Turner said this is an incident that could have had a tragic ending. He said people should try to avoid confronting upset customers, if possible.

"We deal with them every day. Allow us to come and address the customer and utilize our training and allow us to deescalate the situation so that it doesn't happen like it did here," Turner said.

The man got away before police arrived

"We want to identify who the subject is. We just don't want him showing up at another Dunkin' Donuts or any other business or anywhere in public and having the temper where he can make this kind of an assault," Turner said. 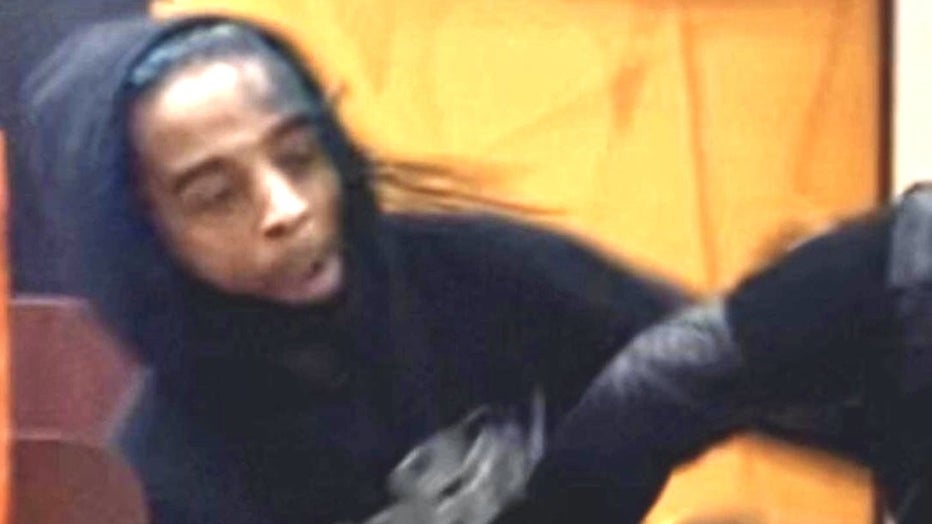 Anyone who may have any information can email Officer Turner at jturner@unioncityga.org or call 770-964-1333. Tipsters can remain anonymous.