MADISON -- A Republican state lawmaker says Wisconsin is among the top three in the country when it comes to attacks and threats against teachers, but critics say his plan to stop it would put more students in prison.

The so-called "Teacher Protection Act" would make a series of changes so teachers could find out when one of their students has been arrested for a violent crime. It would allow teachers to discipline students more severely. Its author says 12 lawmakers have signed on to support it, all of them Republicans.

The issue of attacks against teachers bubbled over when video of a student beating a teacher at South Division High School in August surfaced. The video sparked outcry in Milwaukee, but according to federal data, it's far from the only incident.

In Wisconsin, 11.3 percent of teachers said they were physically attacked in the 2011-2012 school year, the highest percentage in the country, according to federal data from the National Center for Education Statistics (page 150). And 13.7 percent of Wisconsin teachers said they had been threatened with injury that year, which is the most recent data available. 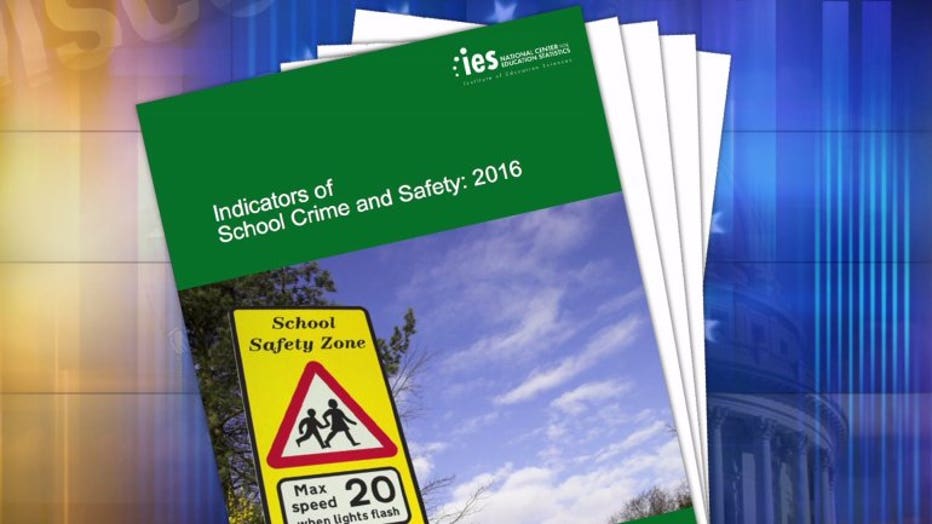 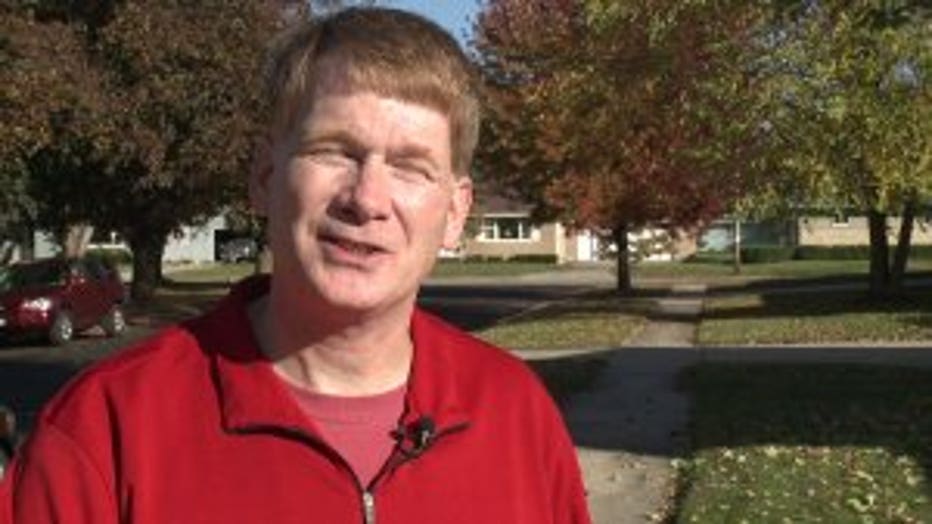 Thiesfeldt, who taught for 20 years, said school administrators are scared to expel too many students because of scrutiny from the U.S. Department of Education.

"To say that we don't have a problem in this regard is putting our head in the sand. We do have a problem, and we need to address it," Thiesfeldt said in an interview.

Thiesfeldt's bill would force police to tell school districts when they arrest a student for a violent crime, and require administrators to tell teachers before they have that student in class.

Districts would have to report assaults on teachers to police within 24 hours. If administrators won't suspend a student, teachers could appeal to the school board. The bill would also require districts to tell teachers annually of their rights, including the use of reasonable force against a violent student. 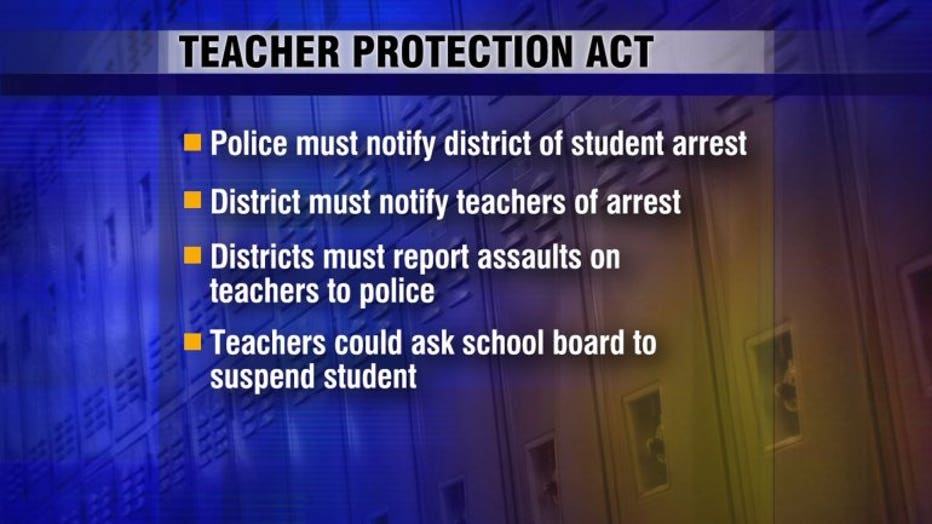 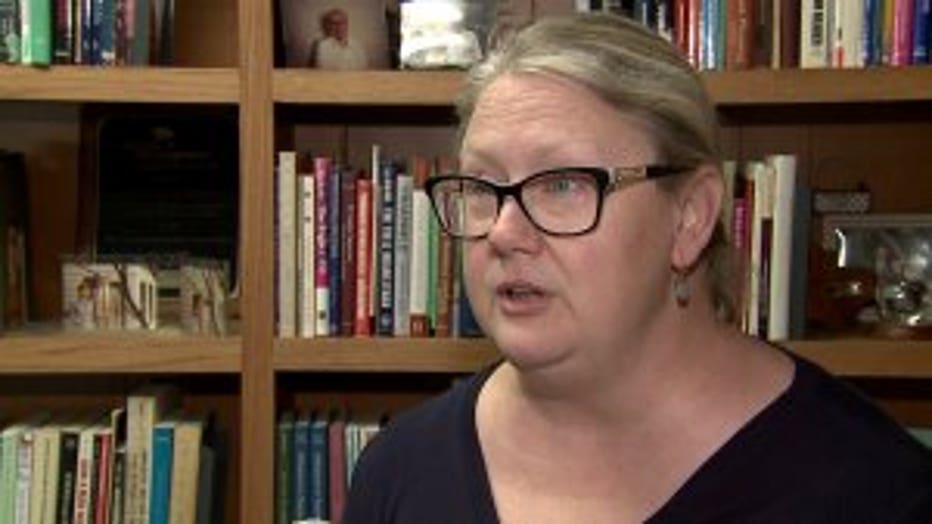 "When we have class sizes that go over 50 children, there's something that we can control," Mizialko said in an interview.

She said she didn't trust Thiesfeldt's motives, noting that he had signed onto a bill earlier this year that would allow people to carry guns on school grounds.

"This is a bill that would criminalize children, especially children of color. Especially children with special needs," said Amy Mizialko, vice president of the Milwaukee Teachers Education Association, the union of Milwaukee Public Schools teachers.

Thiesfeldt says politics are driving the union's opposition to his bill.

"I'll be blunt: If this very same bill had a Democrat's name on it, they would be supporting it," Thiesfeldt said. 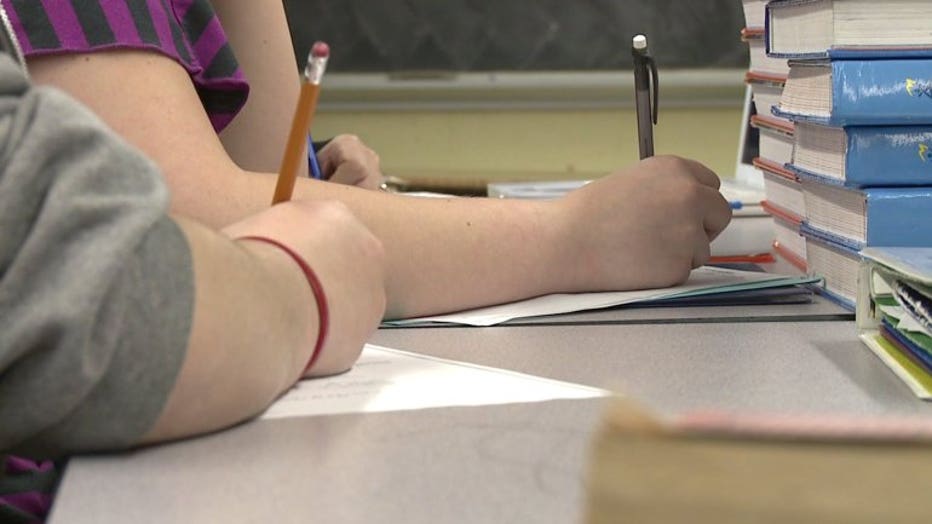 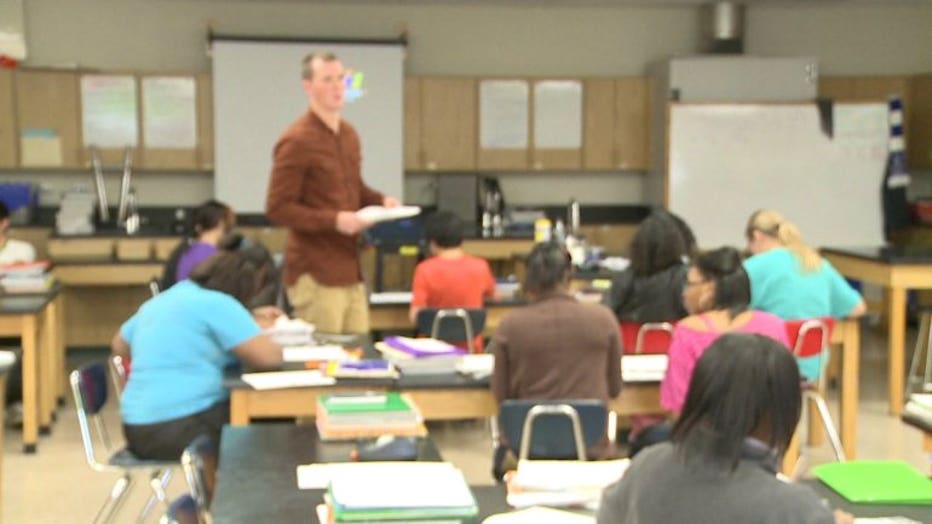 Thiesfeldt said as of Friday, 12 lawmakers had signed onto his bill, all of them Republicans. He said he was unsure when the bill would get a committee hearing, or whether it would go to the committee he chairs.