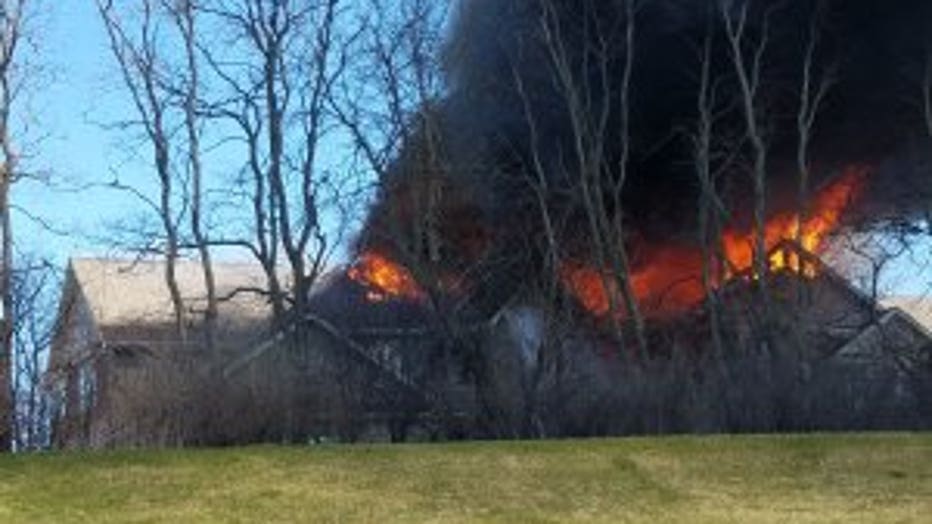 KENOSHA -- Firefighters had a busy day Saturday, April 28 -- with three major fires breaking out within two hours of each other in Kenosha.

No one was hurt, but houses, condos, garages and vehicles were destroyed or damaged Saturday afternoon.

A second erupted when wind-whipped flames from a backyard burning pit spread to two garages and damaged several homes. Three cars, a motorcycle and a boat also were destroyed.

The third fire happened around 4:30 p.m. when an extension cord being used to charge a phone shorted out and set a bed on fire.

Crews were back on scene Sunday morning when the fire rekindled, but it was extinguished quickly. We're told officials haven't yet determined whether displaced residents will be able to get back into their homes. Insurance officials are set to be on scene Monday to assess the damage.

"Reaching for my phone to call 911 and heard the sirens . It was almost a panic for myself...is everybody out? It was spreading fast," said Nikki Turek, who lives nearby. 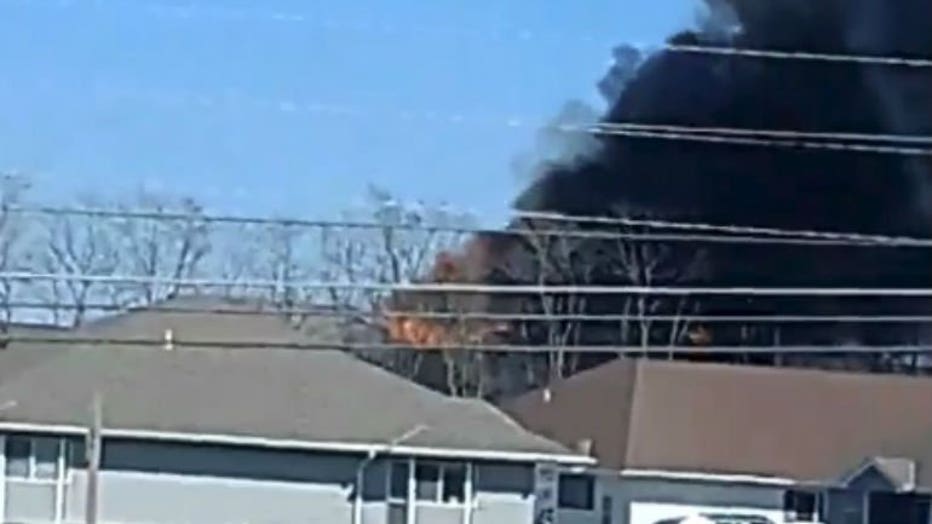 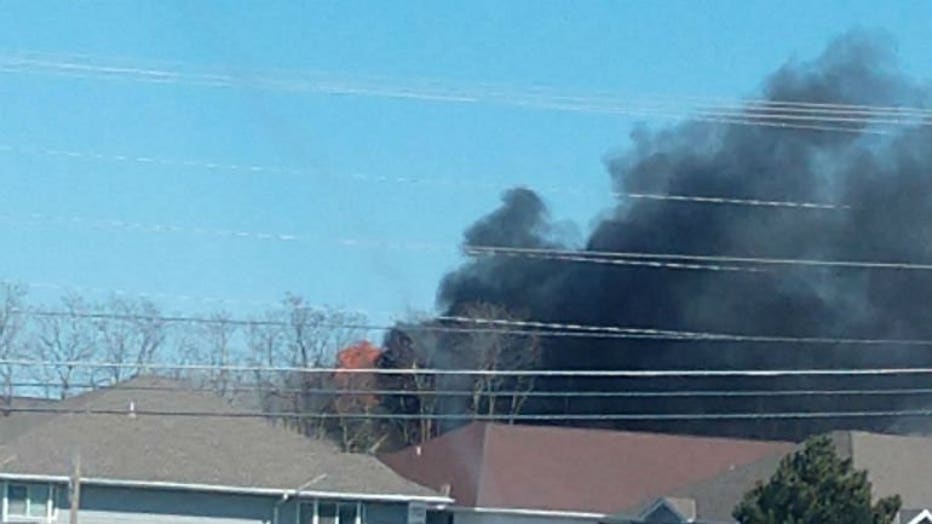 Price said she lived in a lower unit.

"My son lives with me and my grandson. My son is a quadriplegic from a car accident so we have to have special needs," Price said. 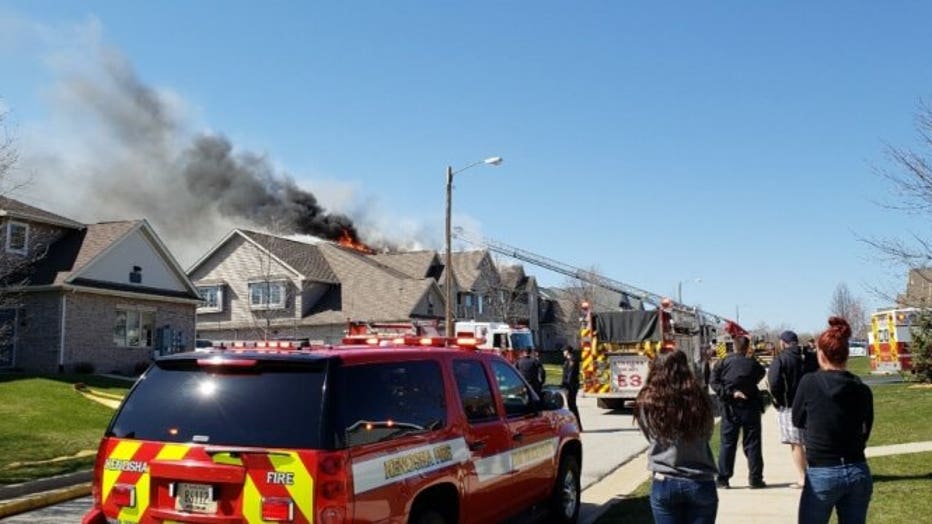 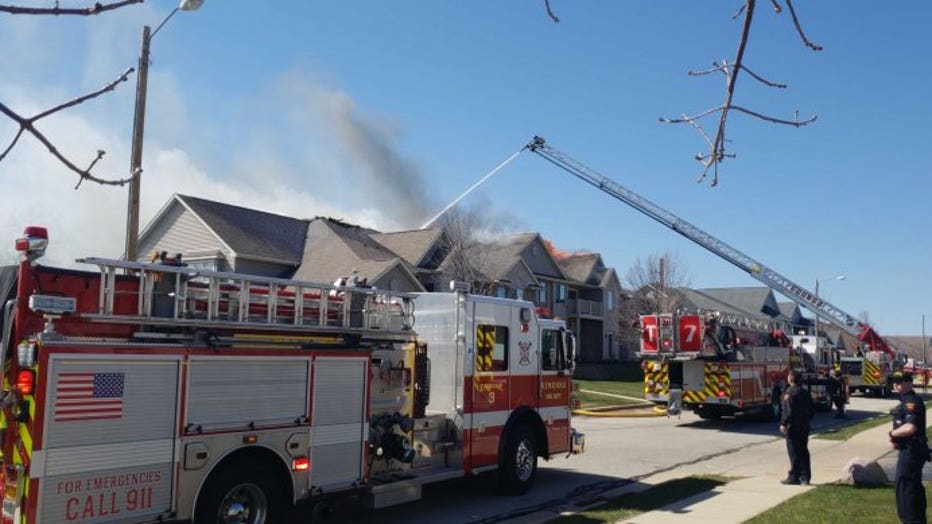 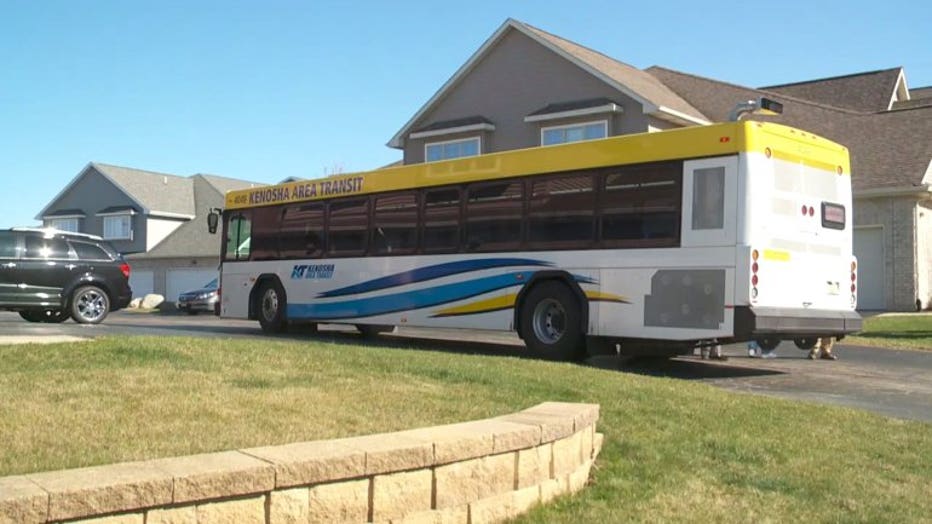 
A few miles away, first responders were also extinguishing a significant fire that tore through 11 structures at 34th Avenue and 56th Street.

"This is a rare event -- but we do plan for this," said Kenosha Fire Chief Charles Leipzig. 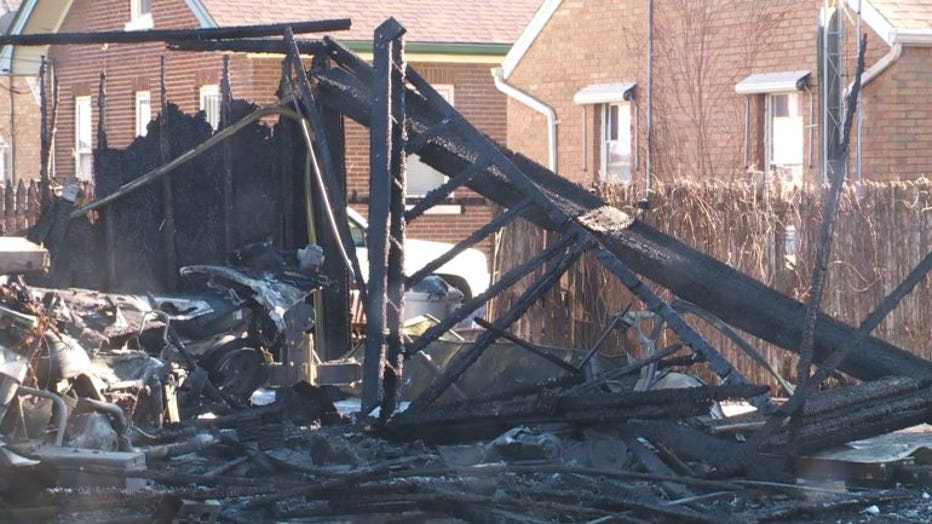 Chief Leipzig said the blaze was caused by an unattended burn pit in a backyard. Flames quickly spread to surrounding houses, garages and cars. One garage had a boat valued at over $30,000 and a Harley-Davidson motorcycle. Both were completely torched.

"We do have significant dollar damage to property," said Chief Leipzig. 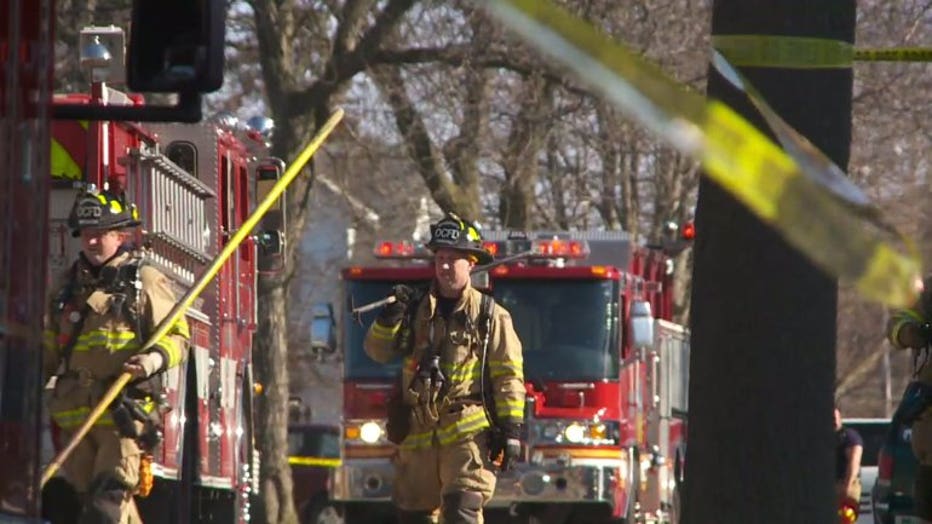 "We're not happy about have three at once. This certainly taxes the resources. Our crews did a very good job. We relied on the community crews as well," said Chief Leipzig.

The chief and many others said they're thankful no lives were lost after this busy day for firefighters. 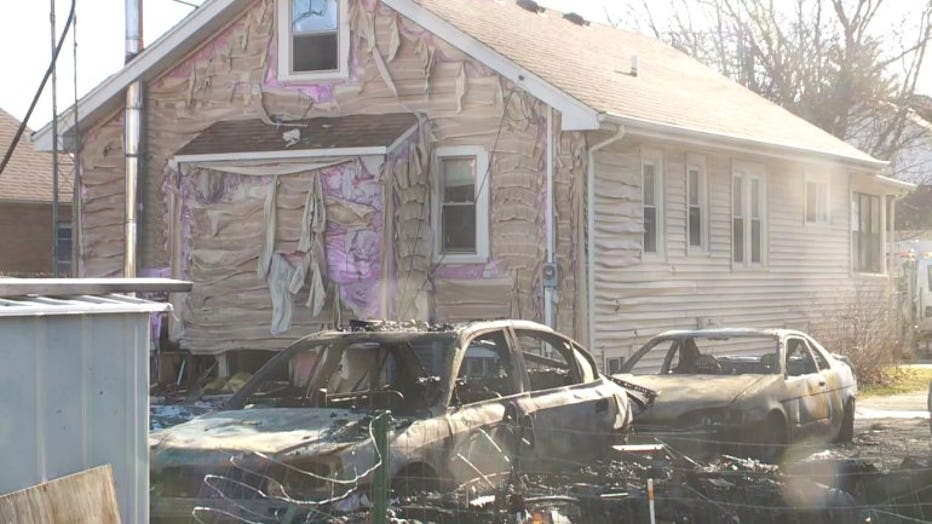