KENOSHA -- Two people are facing multiple charges after a brutal assault in a McDonald's drive-thru. It began when the victim honked her horn in an effort to get the suspect vehicle to pull forward. 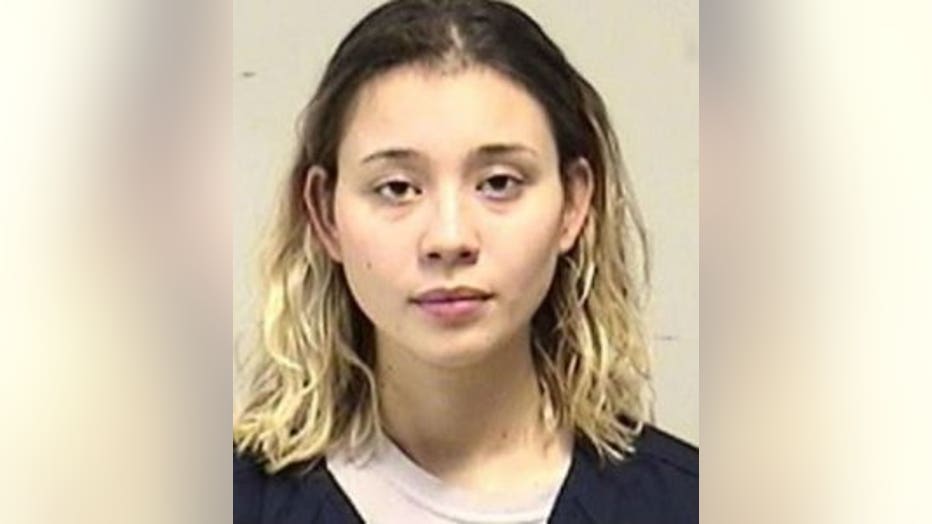 According to a criminal complaint, on November 27th, police were called out to the McDonald's restaurant on Pershing Blvd. (near 76th Street) in Kenosha, where they spoke with the victim, who was "visibly upset and crying." She indicated she'd been in the drive-thru at the McDonald's, and she had just placed an order when she noticed the vehicle in front of hers wasn't pulling forward -- so she honked her horn.

The passenger in that vehicle then exited and approached the victim's vehicle. She said she recognized the woman as a former classmate. The woman was eventually identified as Tabitha Laracuente.

The complaint says words were exchanged between one of two other people in the victim's vehicle, and Laracuente -- before Laracuente approached the victim -- grabbing and pulling her hair and hitting her, before walking back to her own vehicle.

The victim told investigators when Laracuente grabbed her hair again, she threw her coffee at Laracuente in an effort to stop the attack. The two then returned to their vehicle and got their food -- pulling their vehicle forward. The victim then pulled up to the service window.

At this point, the complaint indicates Laracuente snapped the driver's side window wiper from the victim's vehicle and hit the windshield with it -- before both suspects fled the scene.

The complaint notes that while one of the victim's passengers was trying to thwart the attack, she herself was punched in the abdomen by Laracuente, and she placed Laracuente in a headlock. She told investigators Laracuente continued hitting her legs and at one point, bit her breast.

The victim gave police their license plate number. The suspects were found in a driveway at a home on 22nd Avenue near 69th Street in Kenosha.

Police spoke with Laracuente, who said she was in the drive-thru when a woman in the vehicle behind hers "insulted her." She admitted to the attack on both the victim and her passenger -- telling investigators she "(Tased) the (expletive) out of her." Laracuente said she has "anger issues," and that "people are scared of her" because she will "get in their brain."

The complaint says Ruffolo admitted to taking items tossed from the victim's vehicle during the attack, including money, a coffee cup and a bag of pills.

During the investigation, officials located a stun gun in Ruffolo's jacket, along with a cigarette roller. Additionally, they found a small baggie containing what was believed to be marijuana, and another baggie containing five pills, later identified as clonazepam. The complaint says Ruffolo admitted he did not have a concealed carry permit.

Laracuente made her initial appearance in court on November 29th. Cash bond was set at $10,000. A preliminary hearing was set for December 8th.

Ruffolo was in court for his initial appearance on November 29th. A $7,500 signature bond was set, and he also has a December 8th prelim.