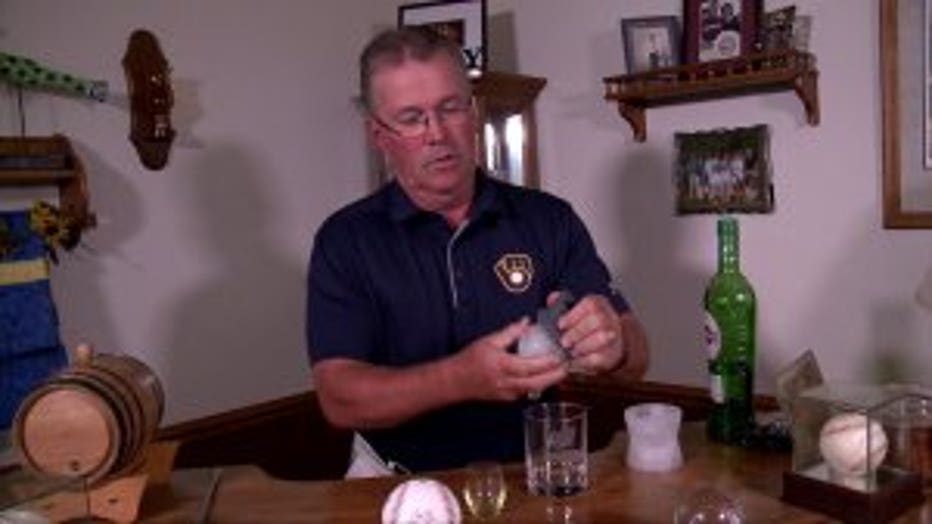 WEST ALLIS — They took a shot at a West Allis bartending school, but didn't get what was promised.

Gary Kalkopf wanted to pursue his hobby of mixing drinks as a part-time job.

"Get me out of the house and be social with people," Kalkopf said.

He paid the Bartending Academy in West Allis $400 for a two-week course. When he showed up for class in January, it wasn't in session. 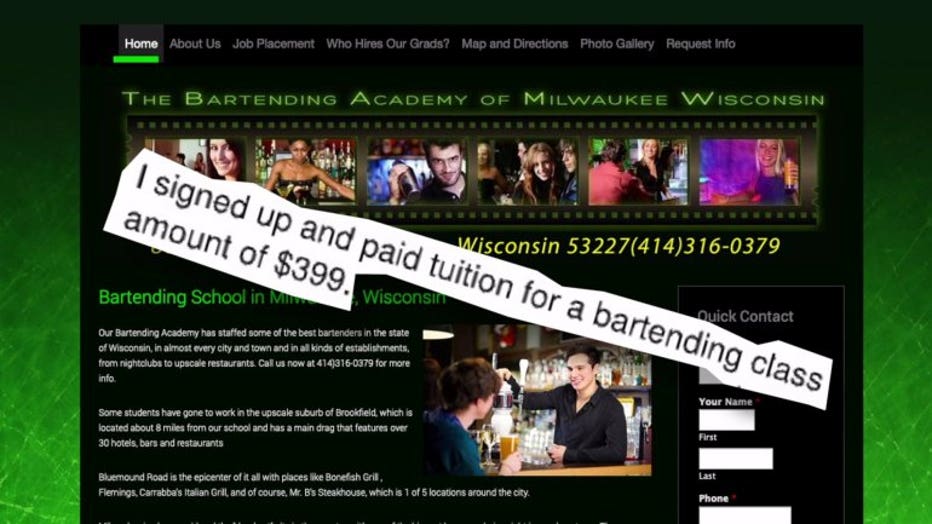 "He looked at me and asked, 'What are you doing here?'" Kalkopf recalled. "And I said, 'Well, I'm here for class.' And he said, 'Well, did anyone contact you? Because there is no class.'" 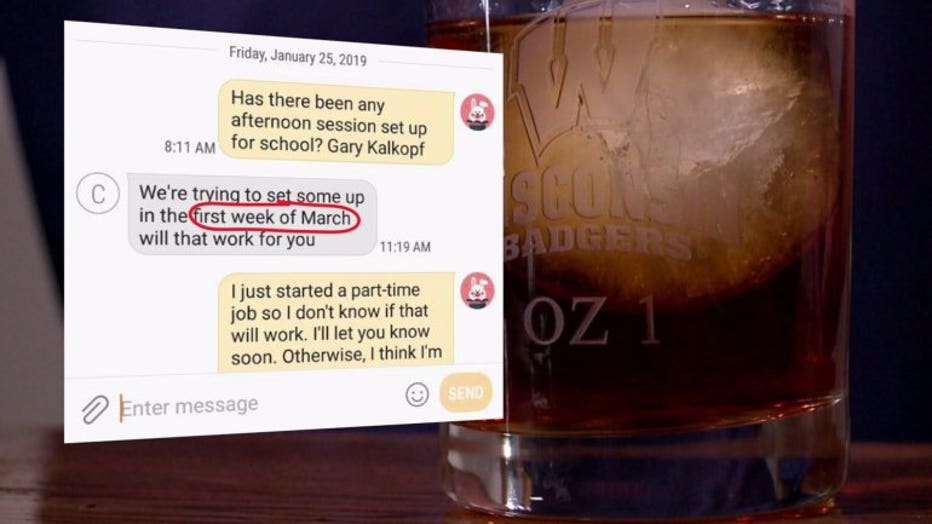 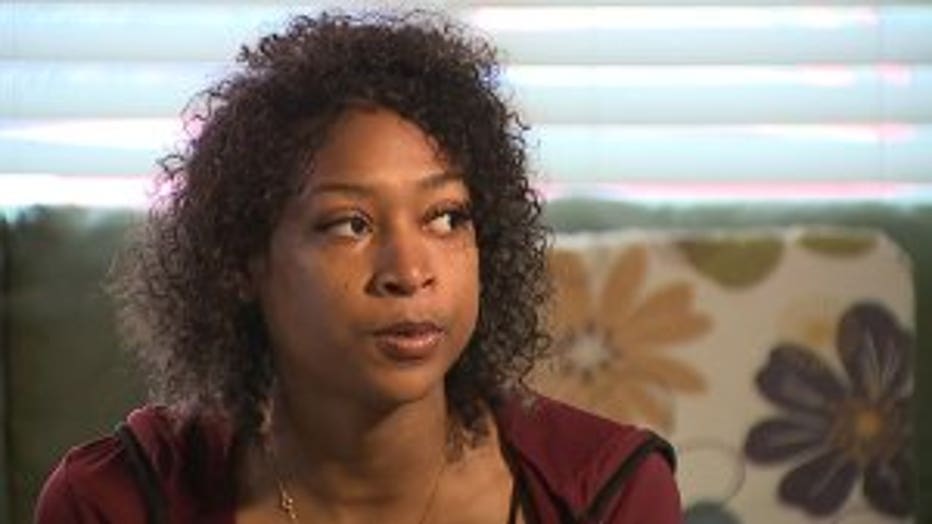 Class was rescheduled for March. Kalkopf decided he wanted a refund and says the process didn't go smoothly.

"I just said that wasn't going to work and I would like a refund, so that was the beginning of the refund process," Kalkopf said. "He said all the right things, but he never followed through. He just kept putting 'em off and putting me off."

"I thought it would be a good opportunity for me," Williams said. "Extremely horrible. Like, it's no structure."

Williams says there were cancellations at the last minute and instructor changes.

"Really, I feel like we're paying $300 for them to give us a book with a whole bunch of recipes in here that you can Google," she said. 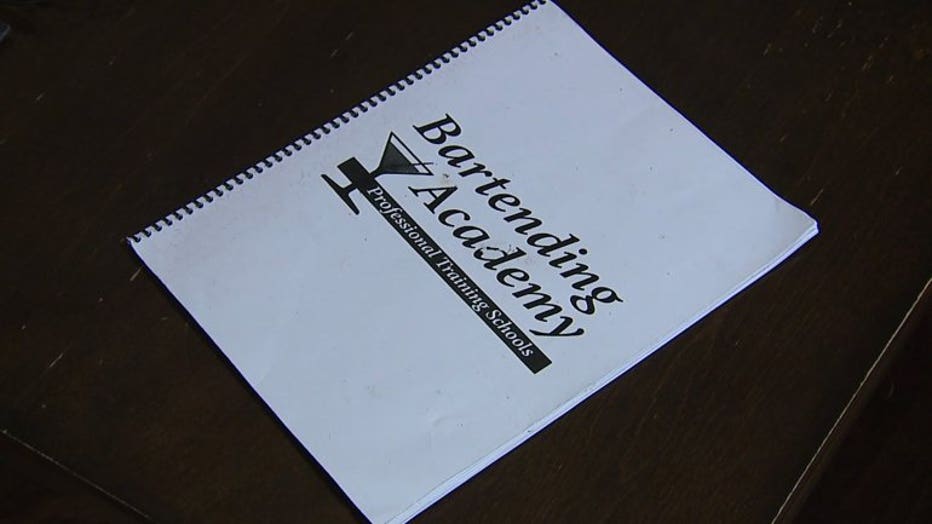 "It was inconveniencing because I had a set time when I wanted to be done," Williams said.

The Better Business Bureau gives the Bartending Academy an "F" rating. The state of Wisconsin has four complaints. Contact 6 has received several complaints over the years. 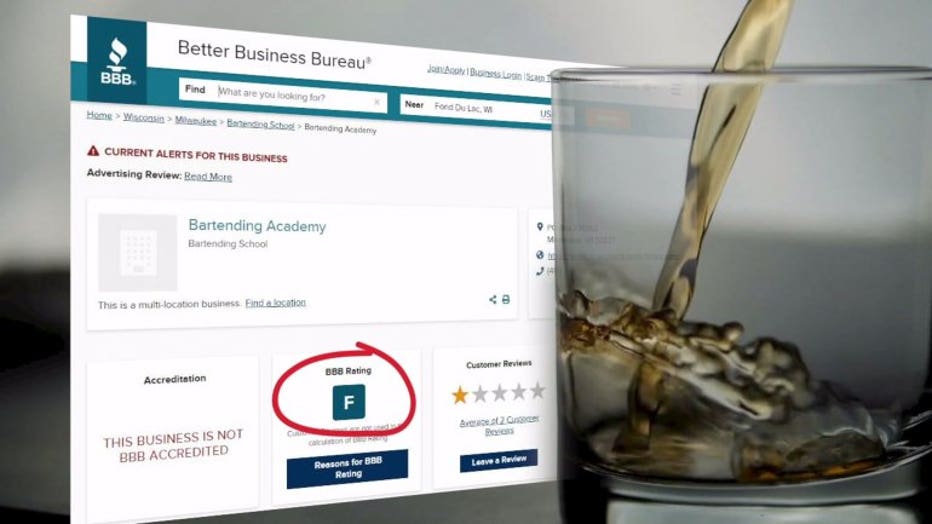 In one state complaint, a woman wrote, "I arrived to attend the first class…only to find the doors were locked." Another complainant wrote that it was, "Very unorganized and the lady didn't even know what she was teaching."

Contact 6's Jenna Sachs dropped into the Bartending Academy hoping to talk to the owner -- Tobias Chase. Instead, Sachs met instructor Kevin Wright on his fourth day on the job. 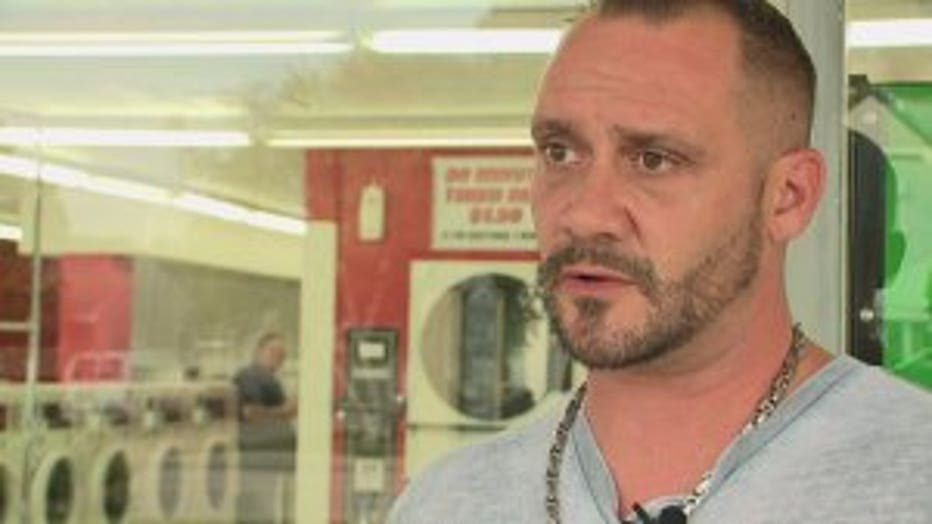 "There's definitely a lot of improvements that could be made all around," Wright said.

"Price differences," Wright said. "They had been postponed for several weeks on end, and couldn't get a class rolling. I'm trying to clean the place up and maybe make some positive changes for the future."

Williams never got a refund, but found the education she wanted online.

"I went right on Groupon and got a mixology course," she said. 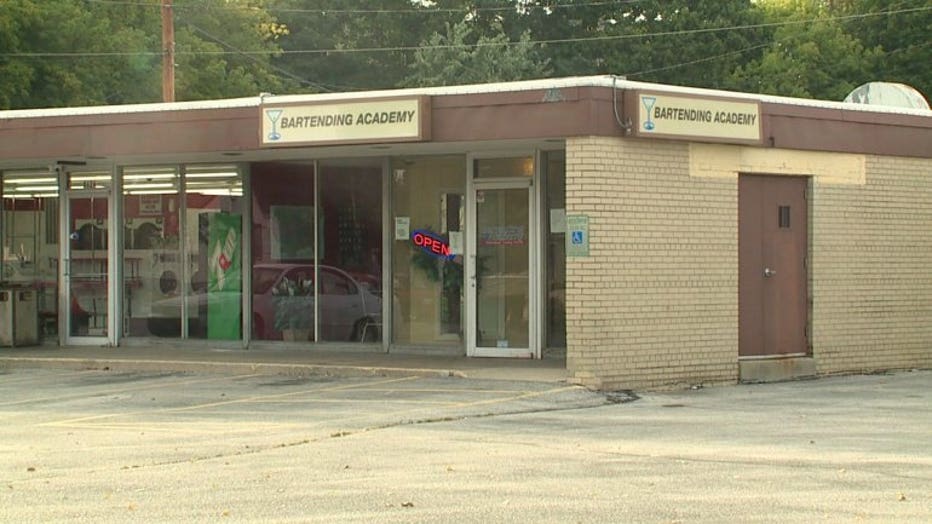 As for Kalkopf, after Contact 6 and a lawyer reached out to the Bartending Academy, he got his refund.

"I was really persistent," he said. "I guess that's one nice thing about being retired. I was on that phone constantly."

Through an attorney, Chase told Contact 6 he had "no comment" for this story. However, he's been responsive to Contact 6 complaints in the past, writing in May:

"The Bartending Academy has been training and placing students in Wisconsin for almost 16 years. We have trained over 6,000 students over the years and we run a reputable company!"

In Wisconsin, you do not need a mixology certificate to be a bartender. However, you may need to pass a responsible beverage server training course, which the Bartending Academy does not provide. You can take the training course online or in a classroom. You can learn more HERE. 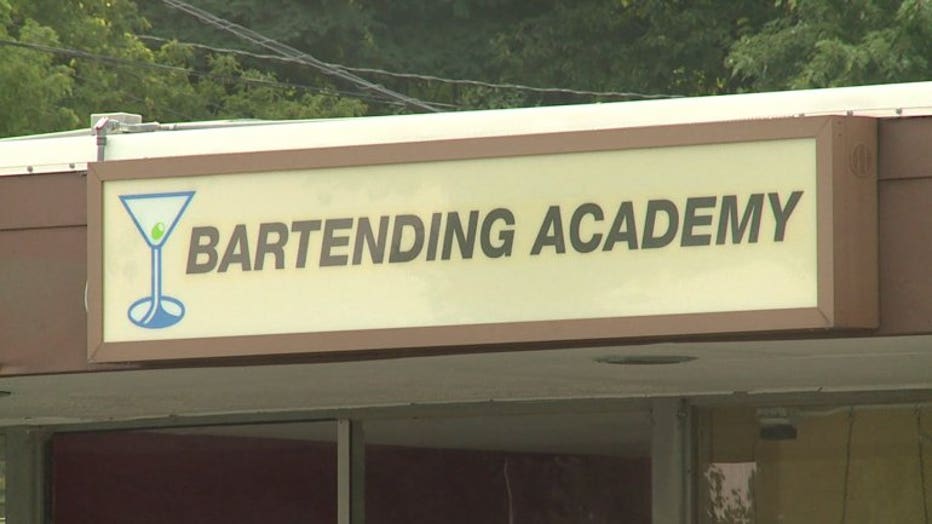