CAPE CANAVERAL, Fla. — SpaceX pressed ahead with its second attempt to launch astronauts for NASA — a historic first for a private company — but more stormy weather threatened more delays.

Elon Musk’s company came within 17 minutes Wednesday of launching a pair of NASA astronauts for the first time in nearly a decade from the U.S., before the threat of lightning forced a delay.

With more storms ahead, managers debated Friday whether to bump the next launch attempt from Saturday to Sunday to take advantage of slightly improved forecast at Kennedy Space Center.

NASA Administrator Jim Bridenstine tweeted that no decision was made, and they would reassess the situation Saturday morning. 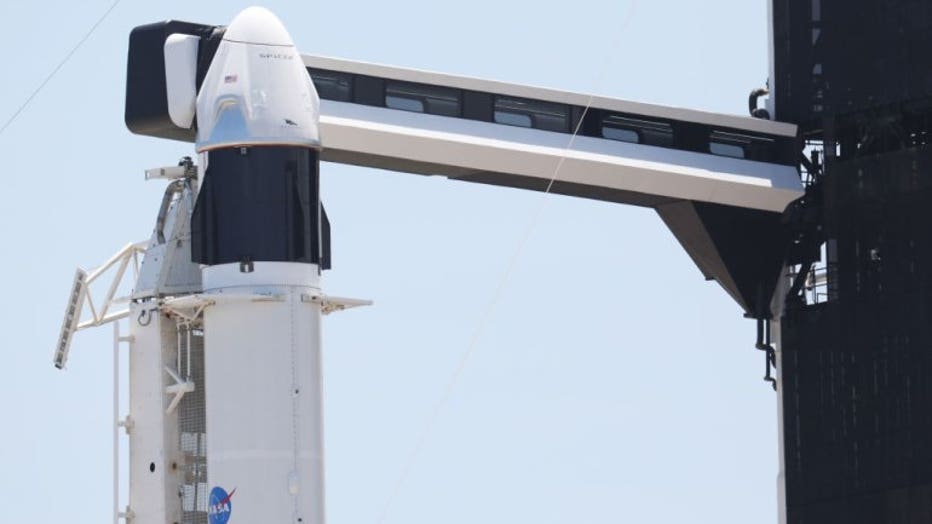 CAPE CANAVERAL, FLORIDA - MAY 29: The SpaceX Falcon 9 rocket with the Crew Dragon spacecraft attached is seen on launch pad 39A at the Kennedy Space Center on May 29, 2020 in Cape Canaveral, Florida. After scrubbing the first attempt at launch NASA a

At an earlier outdoor news conference, Bridenstine stressed the need for safety for astronauts Doug Hurley and Bob Behnken — no matter how many times it takes to launch them in a SpaceX Dragon capsule atop a SpaceX Falcon 9 rocket to the International Space Station.

“We cannot forget this is a test flight. This — is — a — test — flight," he repeated. “We will go when everything is as safe as we can possibly make it."

Forecasters put the odds of acceptable weather conditions Saturday at 50-50, with the outlook improving to 60% favorable on Sunday. Rain and clouds were the main concerns for both days. 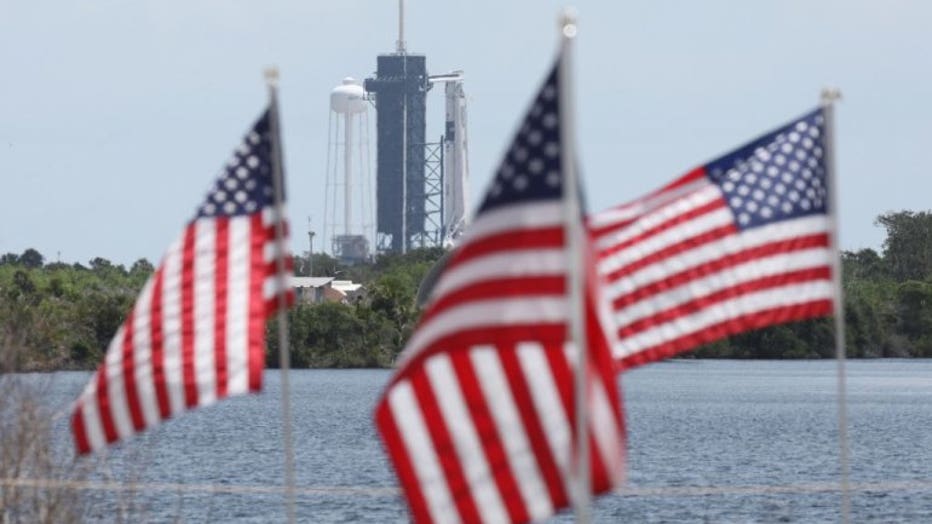 Bridenstine said back-to-back tries would be tough on the launch team — and the astronauts — given that this is a test flight.

Hurley and Behnken, veterans of two space shuttle flights, have both faced launch delays before. In a tweet Friday, Hurley said his first shuttle flight was scrubbed five times for weather and technical issues.

“We’re ready for the next launch opportunity!” Behnken tweeted.

While NASA had urged spectators to stay home Wednesday because of the pandemic, prime viewing spots at area parks and beaches were packed. A weekend launch could draw even bigger crowds. The Kennedy Space Center Visitor Complex reopened Thursday, after a 2 1/2-month shutdown, and within a few hours, all 4,000 tickets were snapped up for Saturday’s launch attempt.

President Donald Trump and Vice President Mike Pence were planning to return Saturday to watch from inside Kennedy. The number of employees, journalists and guests allowed at the space center remained extremely limited because of the coronavirus outbreak.

Whether an attempt is made Saturday or Sunday, “There will be no pressure. We will launch when we’re ready,” Bridenstine said.

The last time astronauts launched to orbit from the U.S. was in 2011 when Atlantis closed out the 30-year space shuttle program. Hurley was on that mission as well.

NASA hired SpaceX and Boeing in 2014 to get the ball rolling again — kicking off a commercial revolution for getting people to low-Earth orbit. In the meantime, NASA has spent billions of dollars to buy seats on Russian Soyuz capsules for U.S. astronauts, in order to keep the space station staffed.

Boeing's first astronaut flight, on the company's Starliner capsule, is not expected until next year.

Bridenstine offered high praise for Musk on Friday and all his personal touches: spiffy spacesuits, Tesla rides to the launch pad, a color-coordinated rocket and capsule — and more.

Musk has brought “vision and inspiration” to the American space program, Bridenstine said. While there’s occasionally a little tension between NASA and SpaceX, “he gives me a commitment and he delivers on that commitment. That has happened every single time.”

The California-based SpaceX is also developing a rocket and spaceship designed to go to the moon and Mars.

On Friday, a prototype of its Starship exploded while undergoing a routine engine test at the company’s Texas site. The ship vented large amount of gases and was engulfed in a tremendous fireball.

SpaceX did not respond immediately to a request for comment.

NASA, which has a contract with SpaceX to develop Starship for its lunar landing program, has no problems going ahead with this weekend’s unrelated launch of astronauts from Cape Canaveral, agency spokesman Bob Jacobs.

“That’s a test program. That’s why they test," Jacobs said.