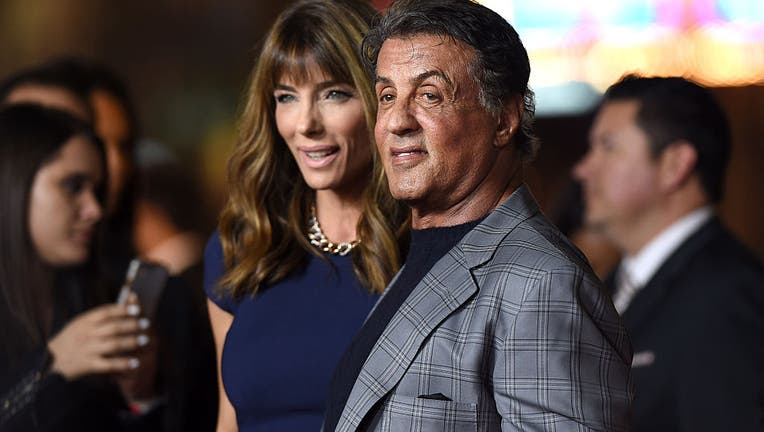 In a statement to Fox News Digital, Stallone said: "I love my family. We are amicably and privately addressing these personal issues."

Four days later, Stallone covered a large tattoo of Flavin on his right bicep with an image of Butkus, his bullmastiff that appeared alongside him in the movie "Rocky."

The tattoo artist Zach Perez posted a pic of his work on the actor to his Instagram feed, according to the New York Post.

"Greatest day in my tattoo career!!" he wrote. "Thank you for trusting me with your tattoo today @officialslystallone."

But the post was quickly scrubbed, as commenters were abuzz on social media over the perceived affront to his wife and the status of their marriage.

A spokesman for Stallone, Michelle Bega, in a statement to the Daily Mail, dismissed speculation that the new body art indicated their union was on the rocks.

"Mr. Stallone intended to refresh the tattoo image of his wife, Jennifer. However, the results were unsatisfactory and, unfortunately, unfixable," she told the news site. "As a result, he had to cover the original image with a tattoo of his dog from ‘Rocky,’ Butkus."

Flavin had already fueled concern there was trouble in paradise when she posted a picture to Instagram of herself with their daughters.

"These girls are my priority. Nothing else matters. The 4 of us forever," she wrote Aug. 10.