GLENDORA, Calif. - A chase suspect who allegedly stole drills led authorities on an over two-hour pursuit that started out in tracking mode Tuesday afternoon from Glendora to downtown Los Angeles, at one point, stopping at a gas station to fill up his tank.

Suspect fills up at gas station during pursuit

During a pursuit in the San Gabriel Valley area on Tuesday afternoon, the suspect stopped at a gas station to fill up his vehicle before continuing the pursuit.

The chase started about 4:10 p.m. after the suspect allegedly stole drills from The Home Depot store located at 1305 S. Lone Hill Ave.,  according to Lt. James De Mond of the Glendale Police Department.

By 5:10 p.m., the suspect was in the unincorporated Avocado Heights area near Industry, where he pulled into a gas station near Valley Boulevard and Santa Mariana Avenue.

It appeared that one person ran from the vehicle, and the driver stood outside the vehicle for a couple of minutes before getting back inside and driving westbound on Valley Boulevard. 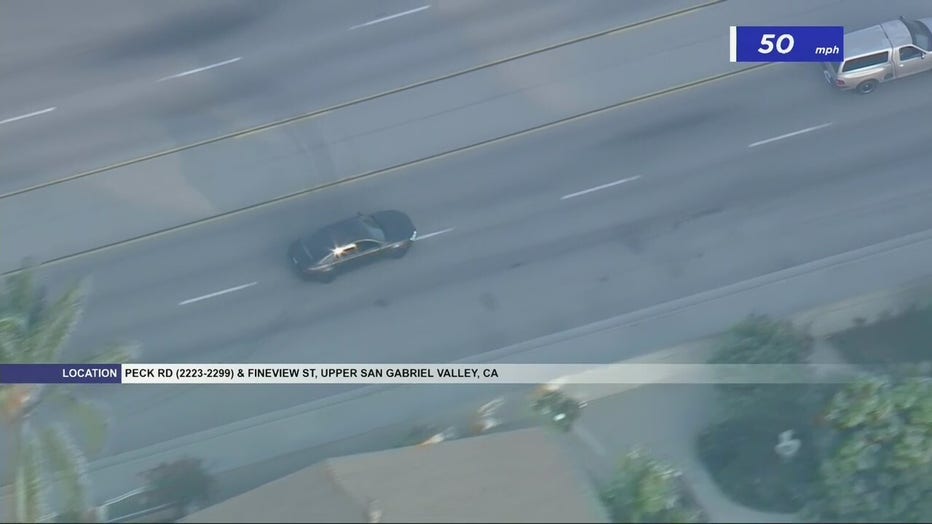 Shortly after, the suspect pulled into another gas station near ValleyBoulevard and Peck Road, and ran inside the store to apparently pay for gasoline. 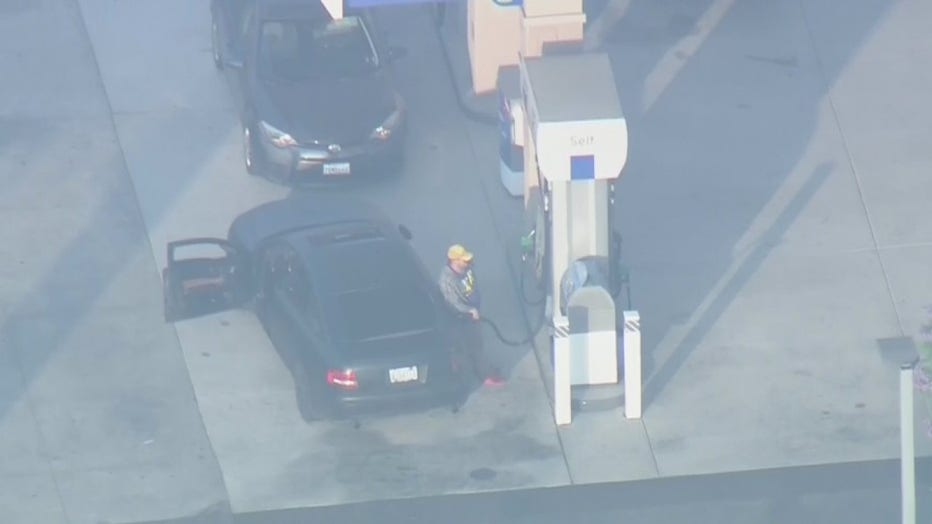 He pumped gas briefly then got back onto Valley Boulevard.   He drove on multiple freeways throughout the pursuit, including the Long Beach (710), San Bernardino (10), Pomona (60) and Santa Ana (101) freeways, where he exited at Fourth Street and drove into downtown Los Angeles.

It was not immediately clear what happened to the suspect after he entered downtown Los Angeles about 6:20 p.m.