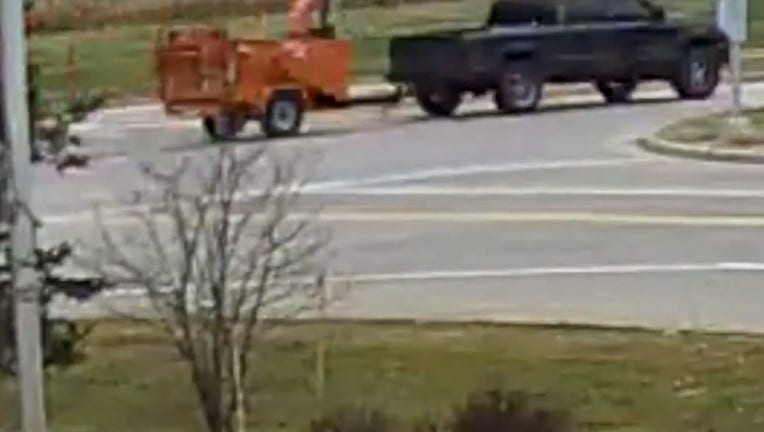 OZAUKEE COUNTY, Wis. - The Ozaukee County Sheriff's Office is investigating a theft of multiple Stihl brand chainsaws and a Vermeer wood chipper from Commuter Lot 17 -- located near the Pioneer Road Park and Ride in the Town of Grafton. The theft occurred on Sunday, Dec. 6 at approximately 8:30 a.m.

Police say the wood chipper was custom painted orange and belonged to Asplundh Tree Service. A witness observed a dark green pickup truck with heavily tinted windows, towing mirrors, and aftermarket rims. The vehicle is believed to be a 4-door Chevrolet or GMC pick-up truck.

The suspect is described as a white male, stocky frame, blond hair, approximately late 40’s to early 50’s in age, and spoke with a "grizzled" tone. The vehicle and trailer were captured on surveillance footage heading west on Pioneer Road past the Port Washington Road intersection.

Anyone with information, please contact our office at 262-284-7172. Information can also be provided confidentially thru Tip 411. To send an anonymous tip via text message to the Ozaukee County Sheriff's Office, text keyword: OZSO and your message to 847411.

Property taxes levied by schools in Wisconsin will go up 3.3%, a smaller increase than in 2019.